How to Make a Felt Teepee 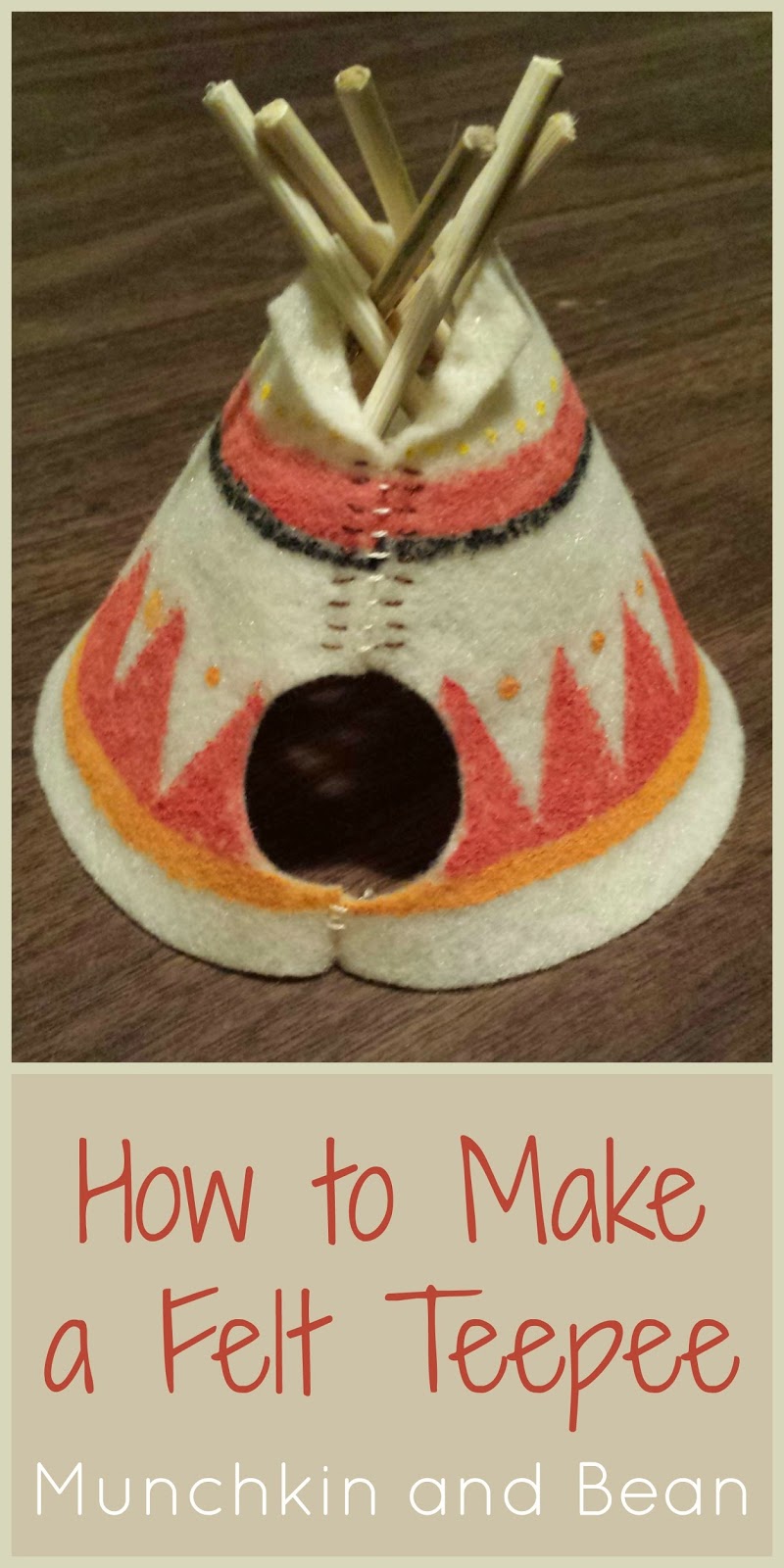 We will be working through some American history this year, from a preschool-kindergarten perspective. Most of the learning will be from reading living books, playing with themed small worlds and sensory bins (Safari Ltd. TOOBS will definitely be used!), along with many hands-on activities and crafts. For the past month we have been working on our first month-long unit study! To begin American history, we definitely had to start with Native Americans. I have always loved learning about their beliefs, culture and history. We have a few relatives who are Native American, but they live on the other side of the country and sadly we have been unable to visit them in years (kinda hard to drive that far with two little ones). However, I have many great memories of spending summers with them, sleeping in tipis, going to Pow-Wows and watching Sun Dances (I was too young to participate). I used to listen to the Medicine Man tell stories and teach me about plants and how they were used for ceremonies and healing. During one of the ceremonies, it began raining and the Medicine Man parted the rain out of the circle. It sounds crazy, but it actually happened. Even my dad was shocked and we were just talking about it the other day. It was truly wonderful and I hope my children will be able to share similar experiences some day.

In order to teach my children about Native American history, I wanted to make them some felt creations that they could use for small world play. Since I have actual experience living in a tipi (or tepee or teepee, however you want to spell it), I knew that was where I wanted to begin. I looked at old pictures of the tipi I stayed in and decided to model my felt tipi after them. The only part I left out was the door flap, because it's summer time. However I will likely add a flap that can be rolled up or folded over in the future.

To make a tipi you will need:
Felt

- for the lodge poles
Paper and pen/pencil for tracing pattern

I began by tracing a large circle on thick paper (easier to use as a template for tracing). I did not want to make the tipis too big, because they are made out of felt and I wanted them to be stable and able to stand on their own. Then I cut out the circle and folded it into quarters. 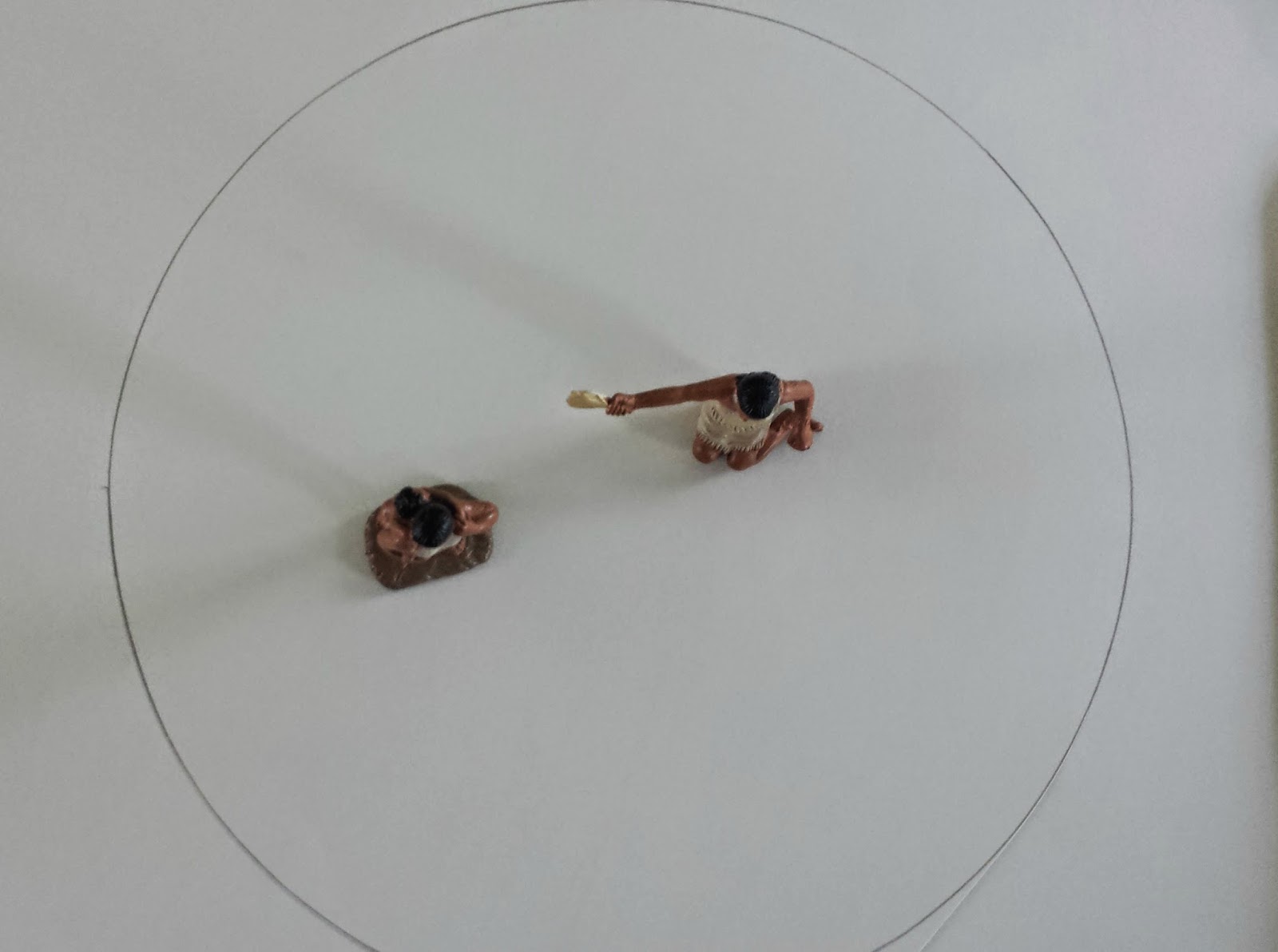 I drew three circles of the same size along one of the folds. The circle in the middle will be the top of the tipi where the smoke escapes from. The circles on the ends will be the two sides of the opening to get in and out of the tipi. You can customize the size of the tipi to fit your needs. We made them kind of small, but we will likely make larger ones in the future. The small tipis fit two Safari Ltd Powhatan Indians TOOB

figures comfortably (standing or laying down). Tipis typically could house a whole family. 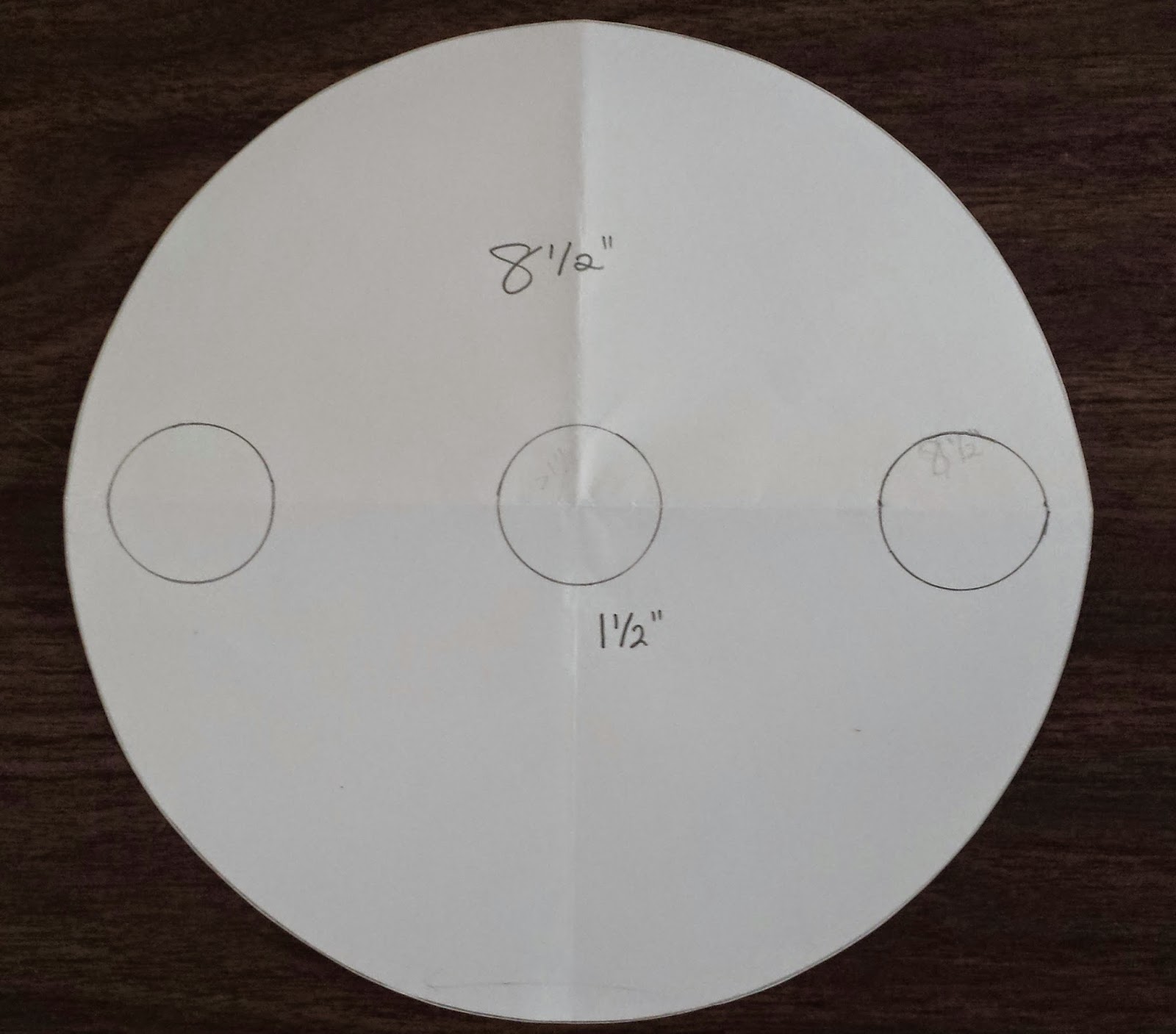 Fold the template in half, along the line of small circles and cut out the small circles. Then you can use that as your template, or you can trace that onto another piece of paper. It should look like the picture below. 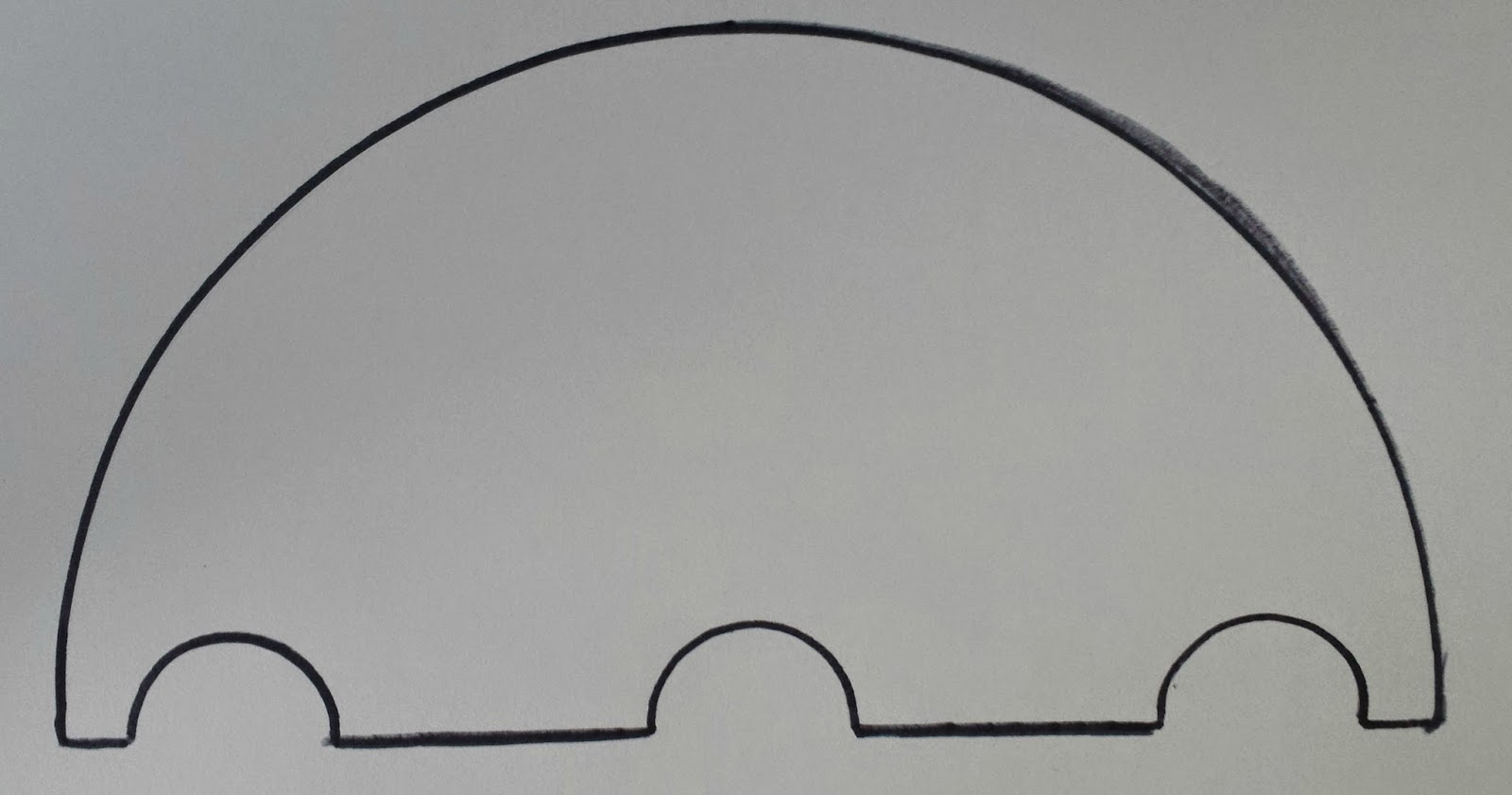 Trace the pattern on your felt and cut it out. If you use a disappearing ink pen the trace lines will fade. 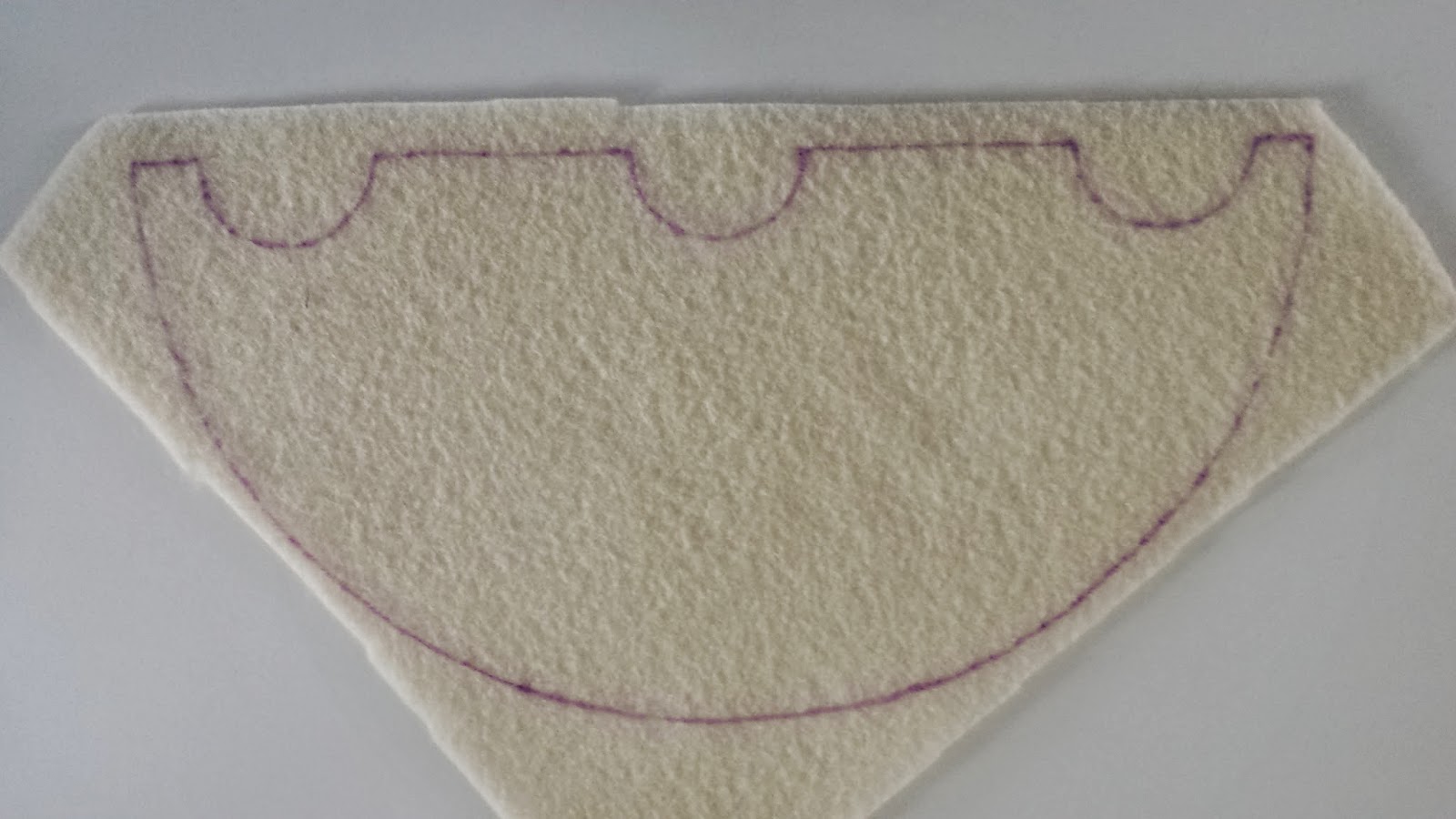 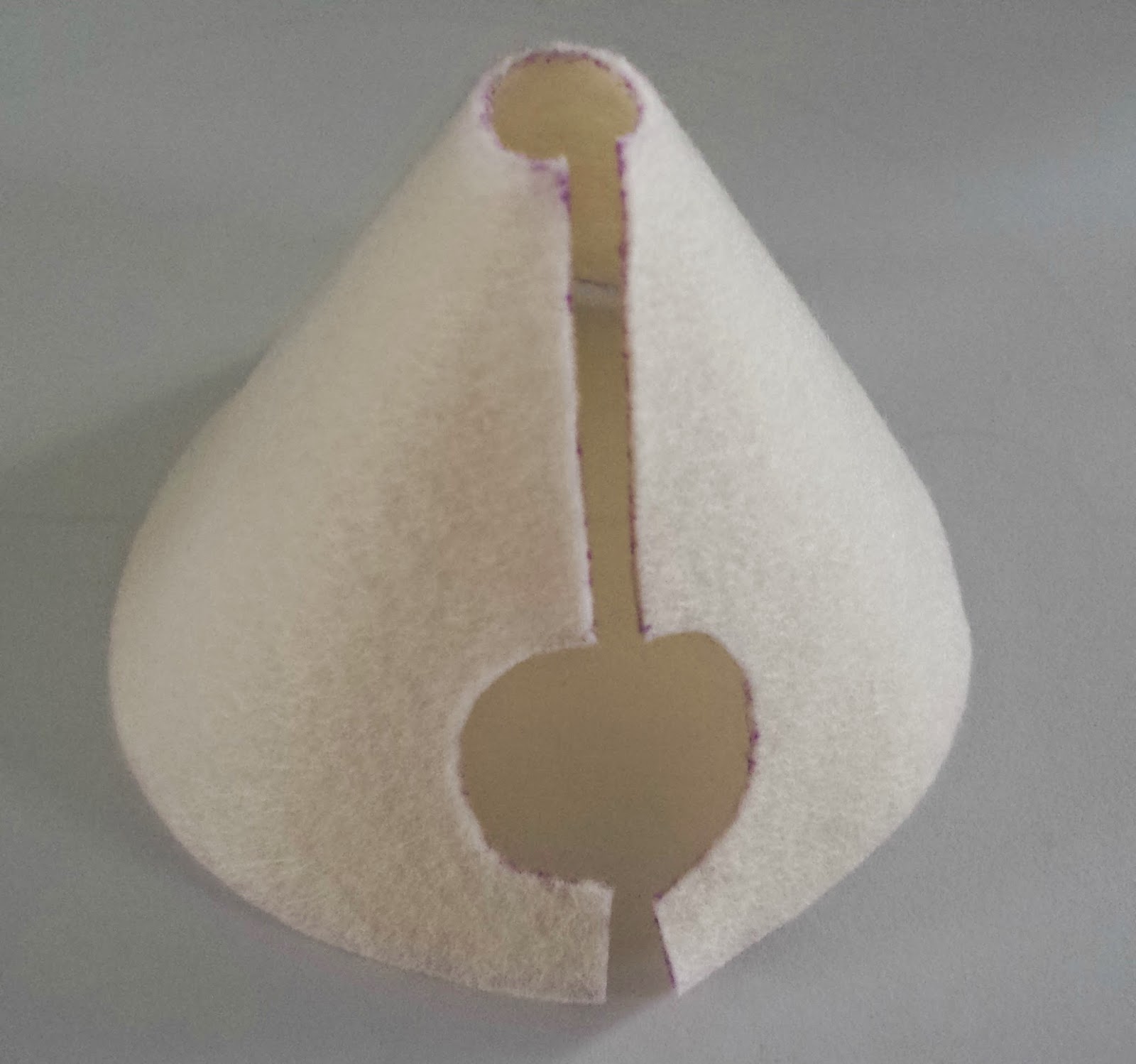 You can whip stitch or blanket stitch the edges of the tipi (use thread that matches the color of the felt). Stay close to the edge, but not close enough that the stitches will pull out. 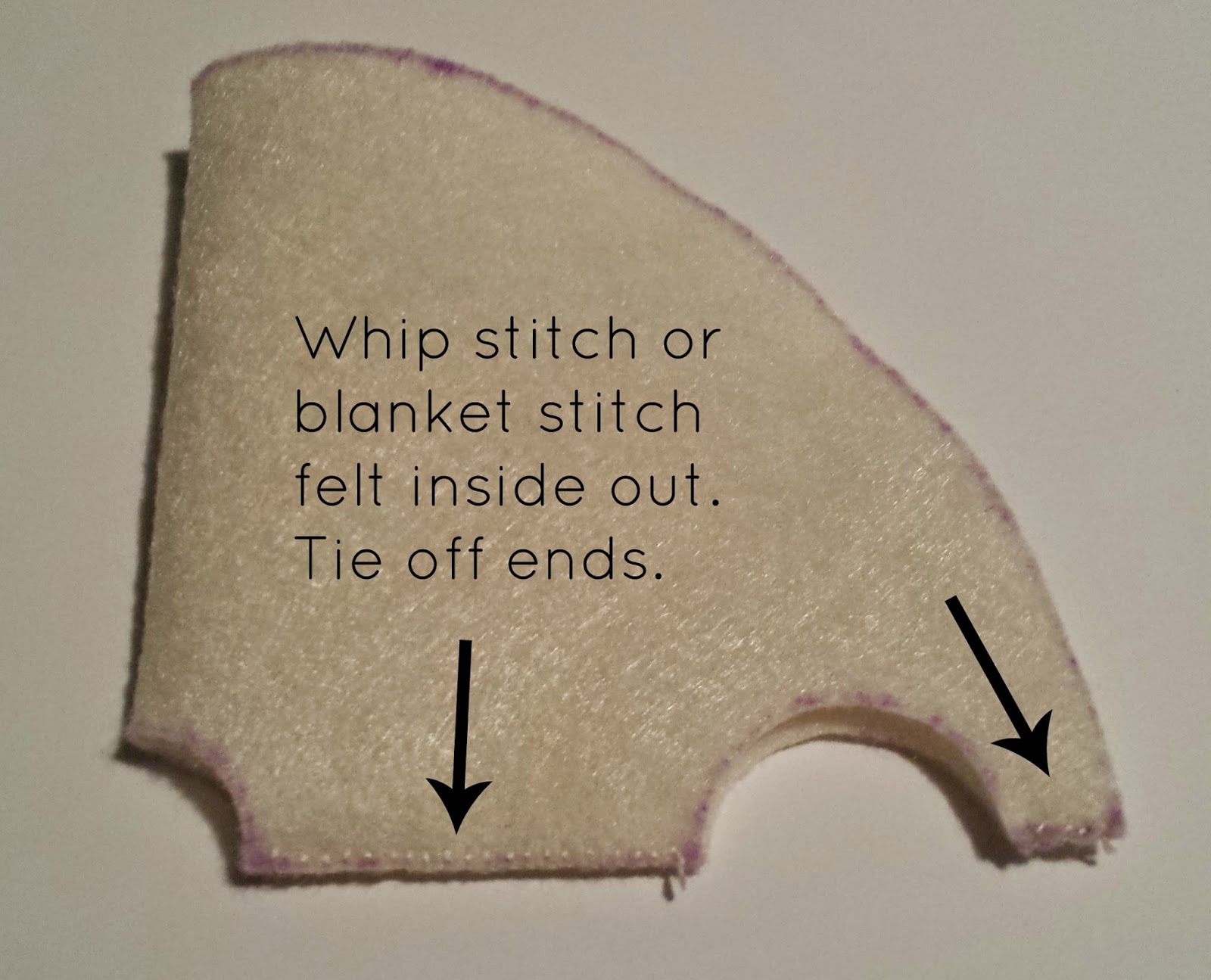 Then add your wooden lacing pin details with a brown thread. You can either whip stitch them (like below) for an easier design, or if you scroll down, you can see on the tipi with triangles, how I stitched them to look more like wooden lacing pins. 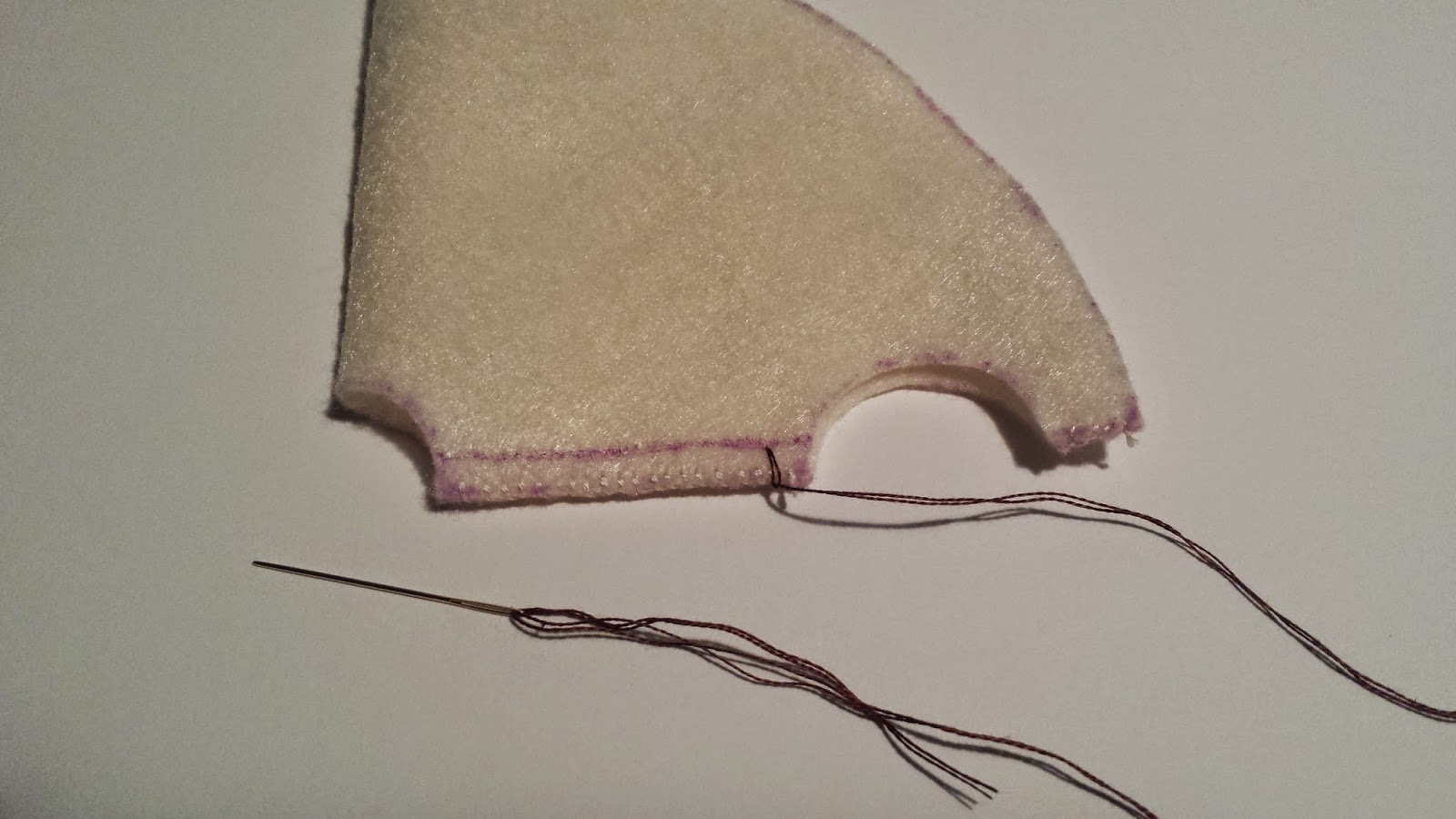 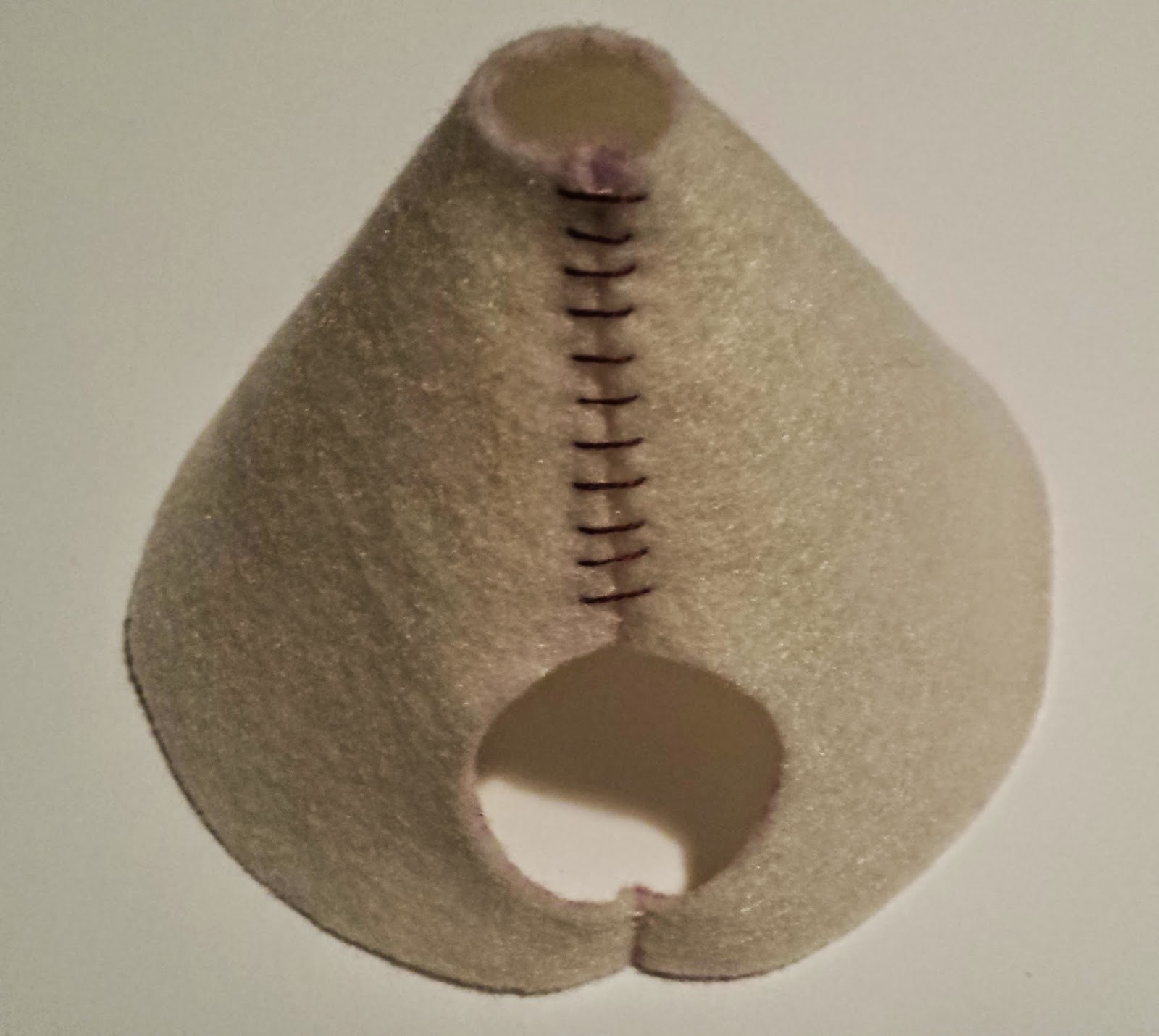 I made three teepees (tipis, tepees), all with different patterns. One we kept relatively plain and the others we decorated using watercolors. Yep, you heard that right. Watercolors. We used Faber-Castell Watercolors, because they are seriously the BEST. We tested them out on wood too and in both cases they worked great! Just be sure not to use a lot of water and paint carefully. The paint will bleed out if it is too moist, because felt is incredibly fibrous and it will spread like wildfire. So take your time. Maybe even test it out on a piece of scrap felt before attempting it. The effects were exactly what we were hoping for! The paint is flexible and nothing peels off, although it is slightly stiff, but honestly that's a good thing! I let them dry overnight before I let the kids play with them.

I tested the watercolors and fabric markers on a piece of scrap felt before attempting to paint the teepees. The red and orange are watercolors. In the middle is what black fabric marker (Tee Juice) looks like. I found that the marker ink seeped into the felt and while it was dark on the other side, it looked grayer on the front side. 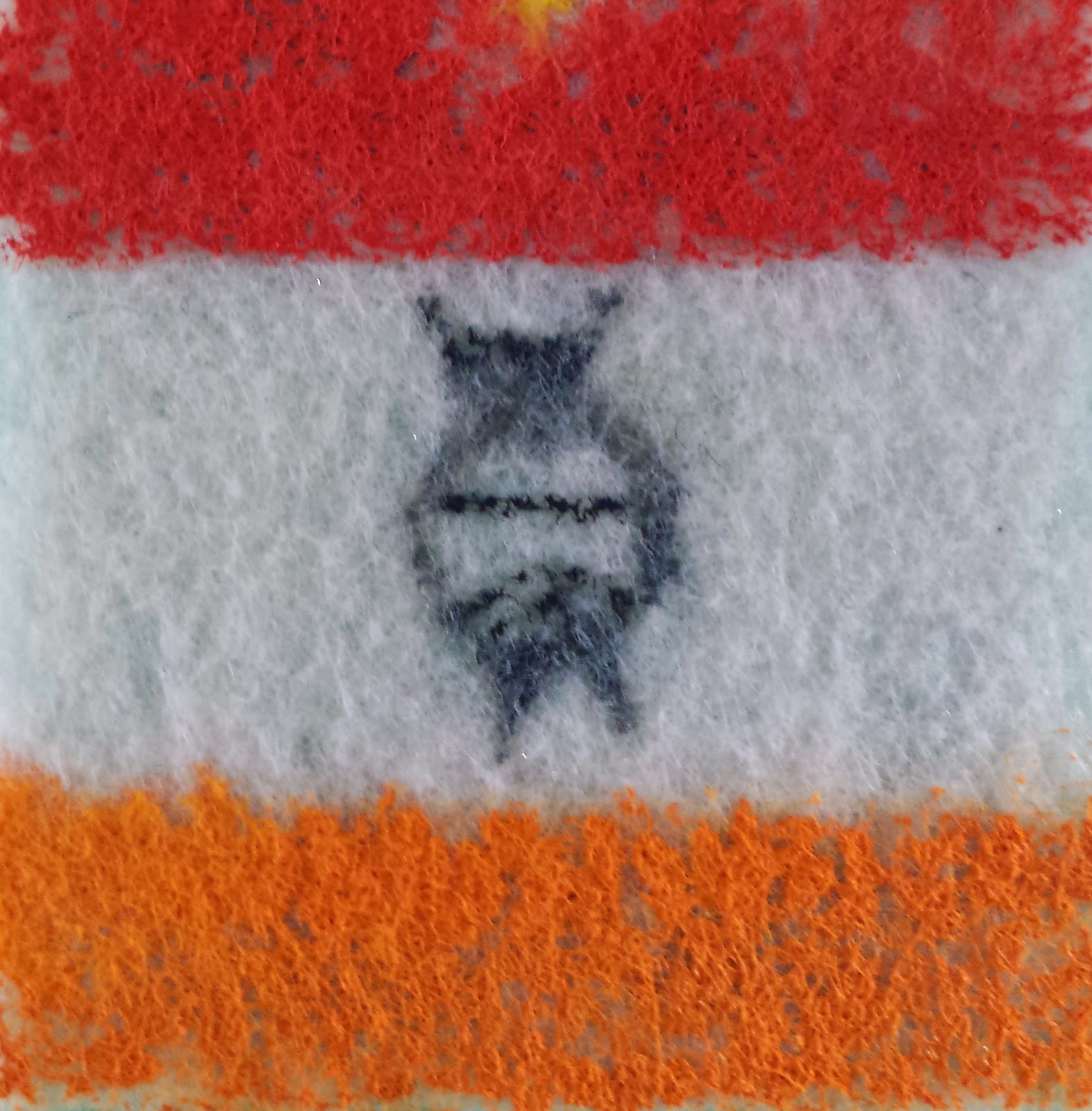 We created our own patterns using colors that were symbolic to Native Americans. I tried to keep them more to the theme, but for the most part I asked the kids what kind of pattern they wanted and did my best to make it work. You can use a disappearing ink pen to draw a pattern first, if you want. We used a black fabric marker to mark a few lines that we intended to paint over with black paint after. And you should be aware that anything you paint will end up folding up into a cone shape, so don't be like me and paint an off-center circle around the top. :) 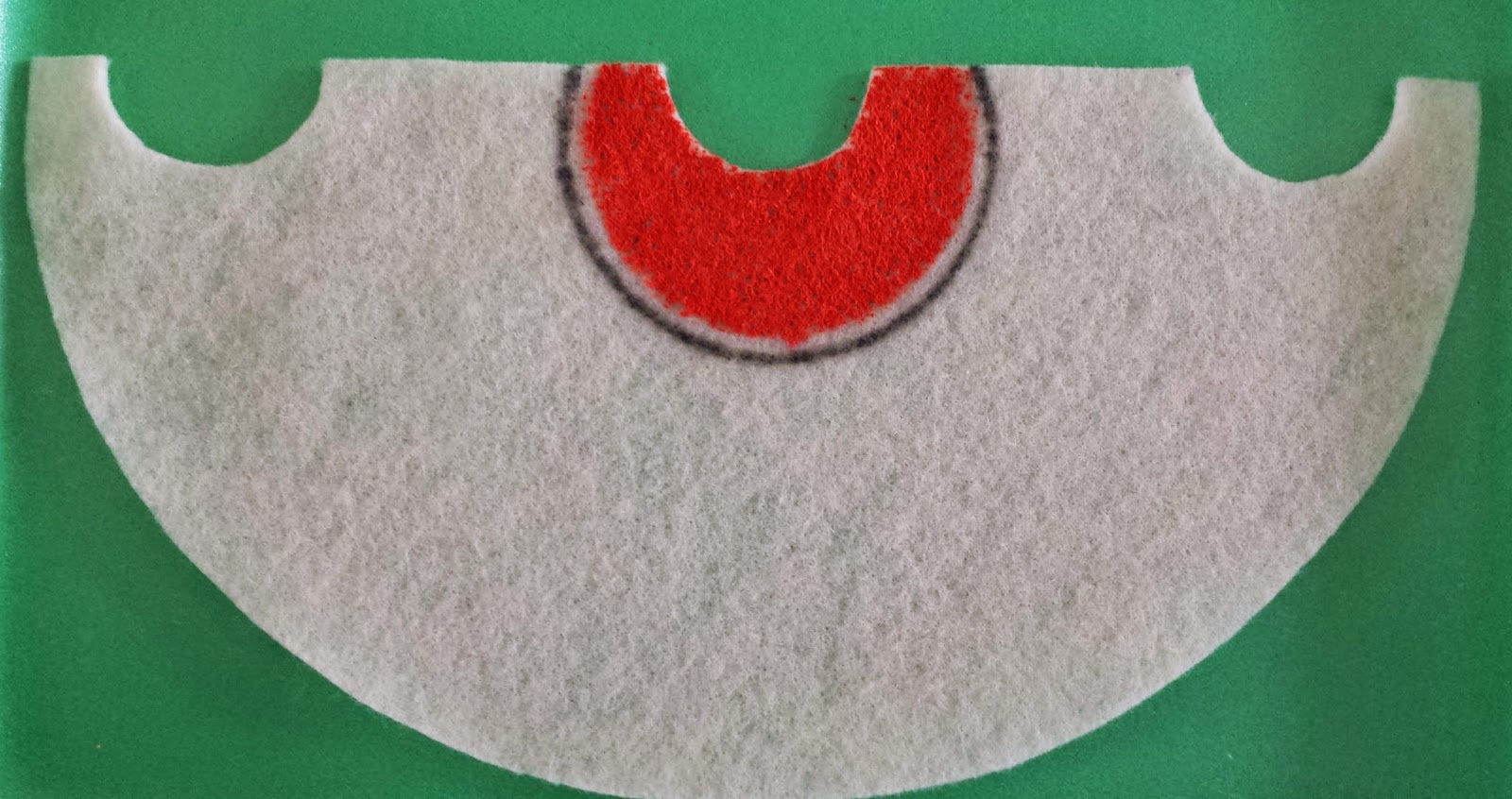 This is the pattern that Munchkin had requested: "lots of triangles and dots!" He also chose a red, black, orange and yellow color scheme. The two detailed tipis have their smoke flaps sewn open. I simply folded them over and line stitched along the fold. 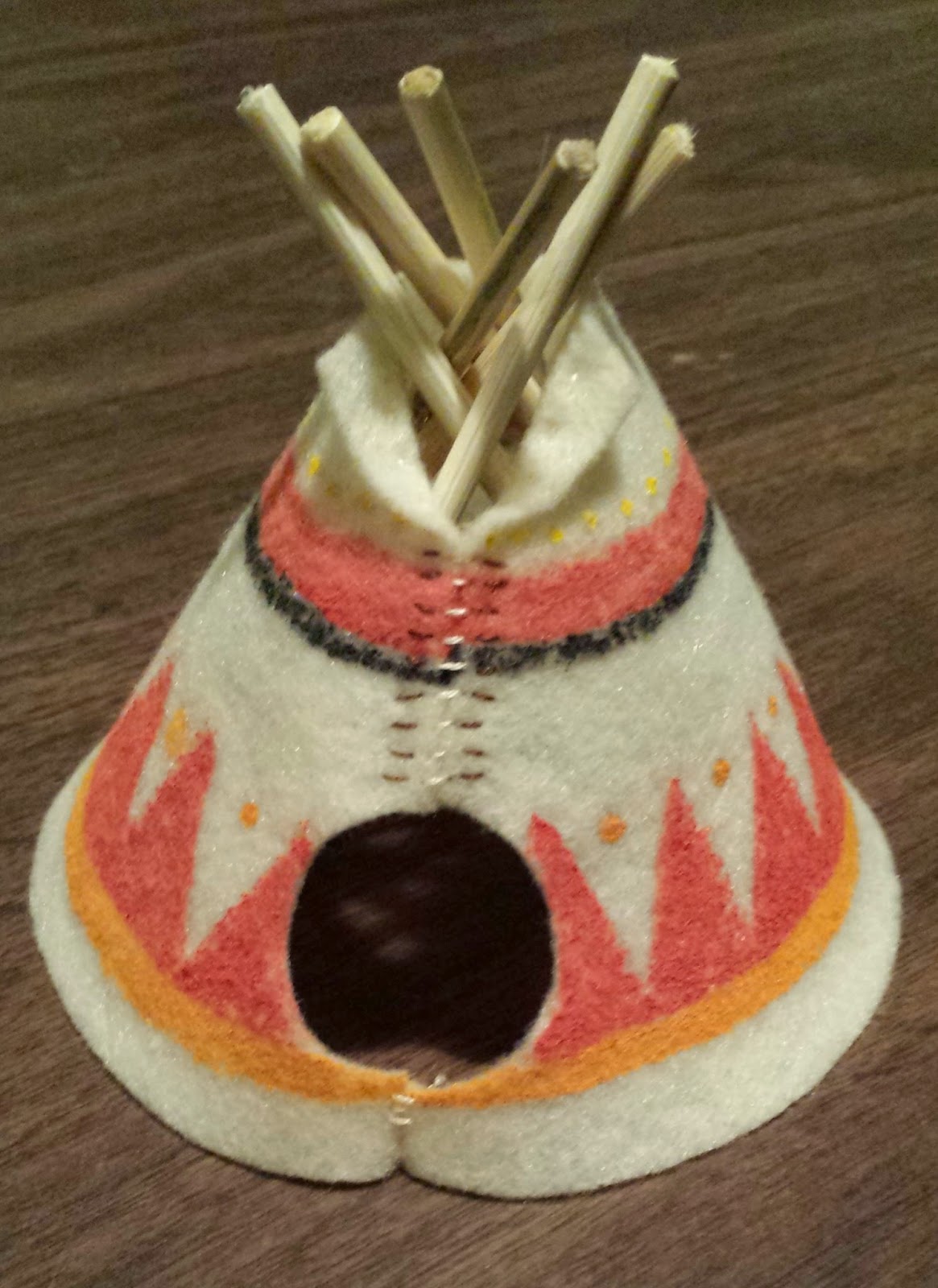 (it's flexible and durable) if you want it to be permanent, but we chose not to. This way the kids can pretend to take down the tipi and pack it up for travel. I kept the pointed ends of the lodge poles on the bottom, so they can easily press them into dirt or play dough, whatever medium they are using for a surface of their small worlds. You can just as easily cut off the tips so that no one accidentally pokes themselves. 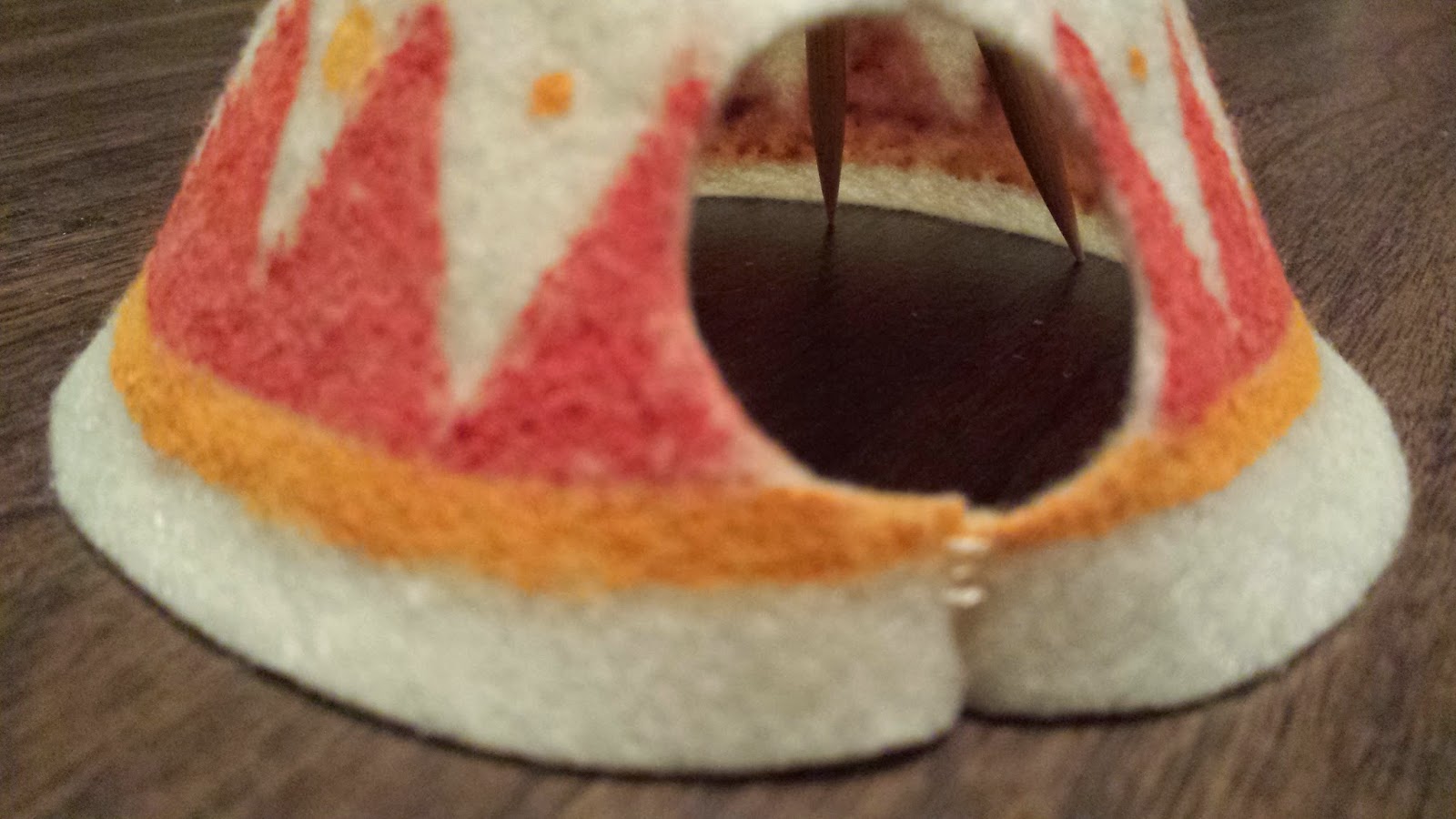 Bean's teepee is the one with the yellow base. She had wanted a buffalo and a "man with a shield". She drew out the pictures on paper using crayons and I did my best to copy her art on the felt. 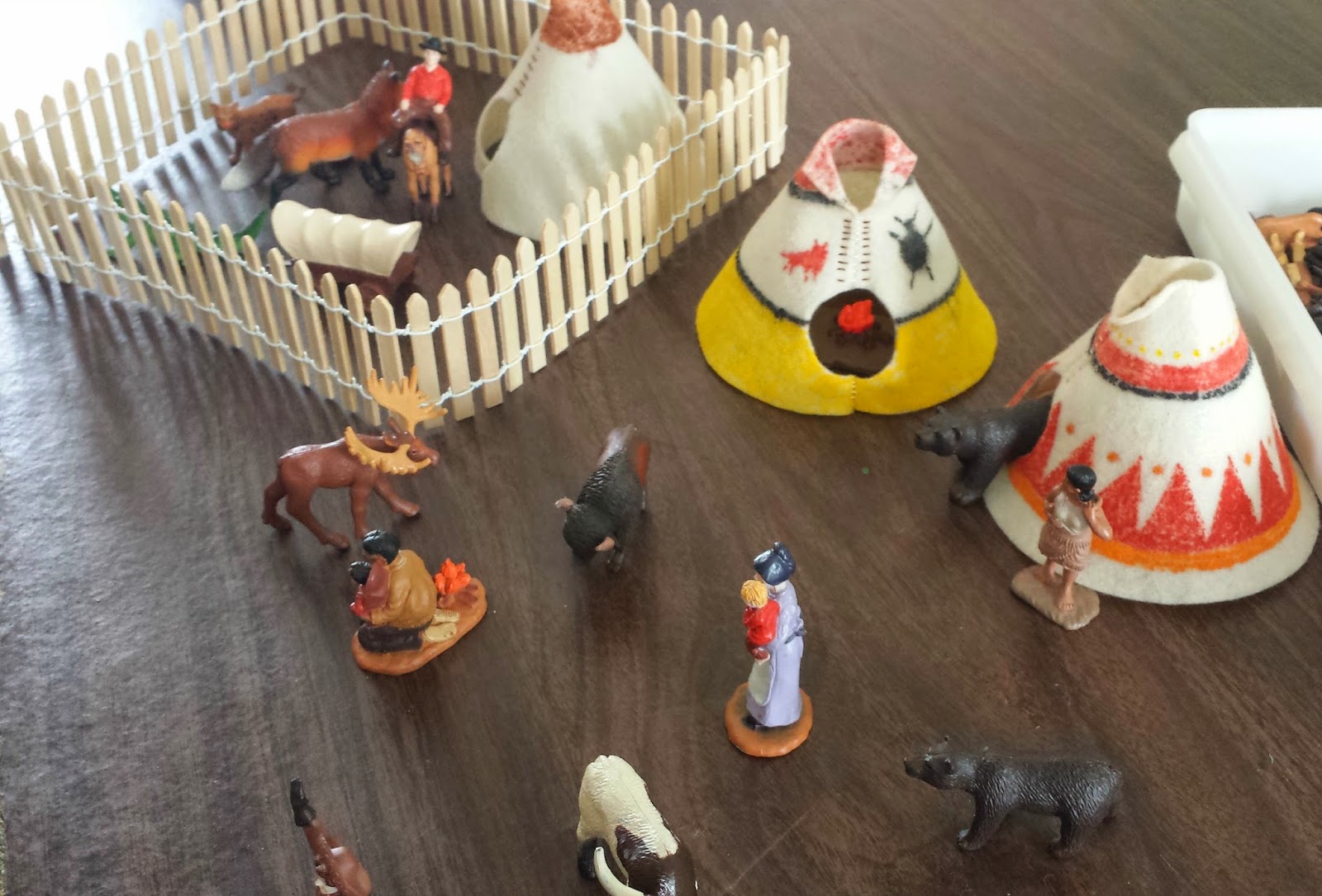 Here's a little small world Bean set up the morning after I finished making them (before I measured and cut the lodge poles). I love that they are so sturdy! And they were a great addition to our unit study and small world play.
Posted by Unknown at 12:21 PM