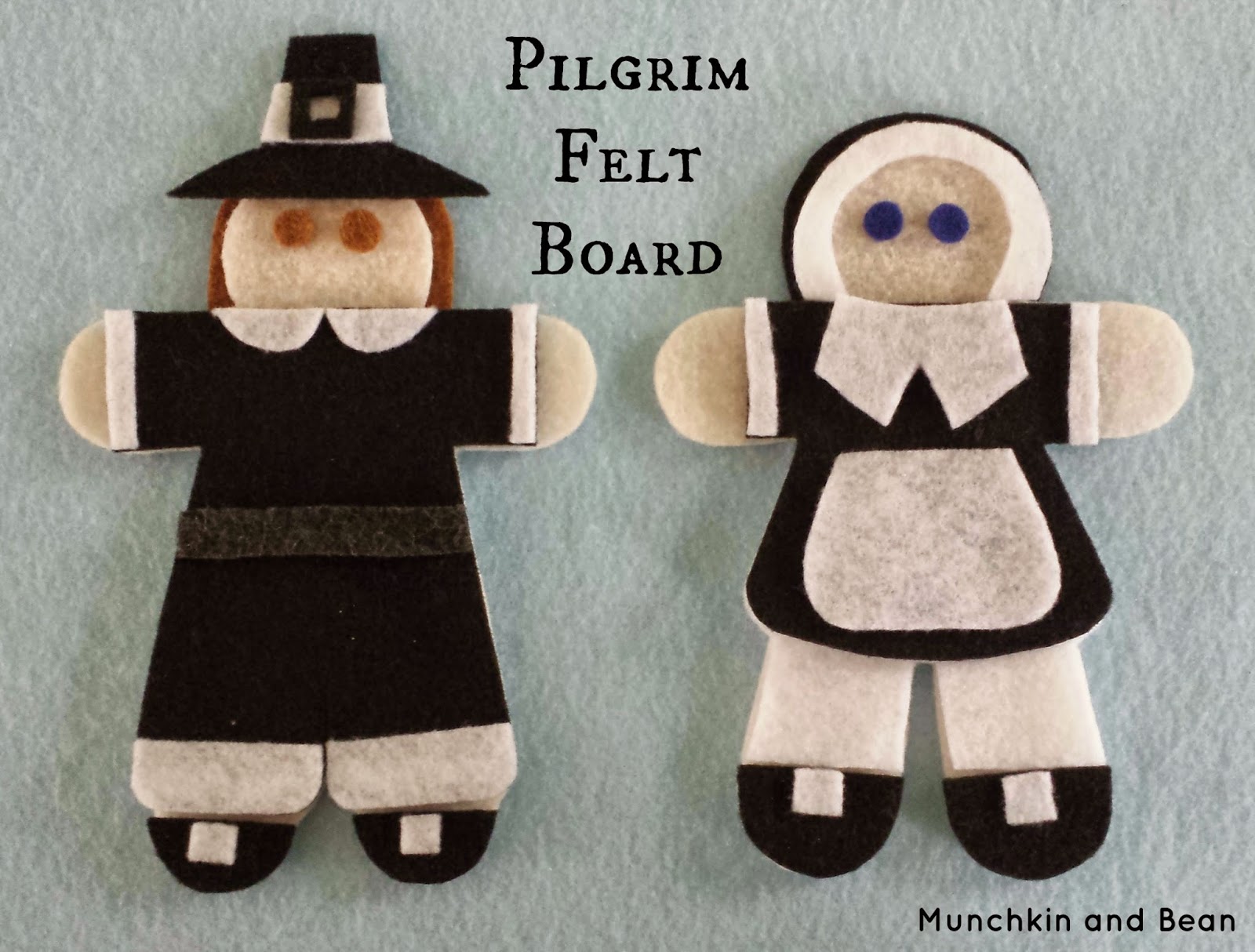 If you follow along with our homeschool journey, you probably know that we are working on our Early Settlers unit study. So to add to my children's learning experience, I created a simple Pilgrim Felt Board. I plan on adding more to it, mainly other Pilgrims with more outfits and perhaps a few kids. For now it's just a dress-up activity and they can use the Pilgrims for storytelling too.

I kept the design simple and similar to our Gingerbread People. The hands and feet have rounded edges. I tried to keep the outfits as similar to what I picture pilgrims wearing, so I stuck to black and white with a little bit of grey... but who doesn't like color? So I added a few outfits in green, blue and brown.

Here are the pilgrims. At first I made them without hair and then I quickly realized they definitely needed hair. I gave the man long hair, though you can't see it because it is hidden behind his clothes. Also he has green eyes, because they are common in our family, but then I made him a set of brown eyes too, because that eye color is much more common in general. 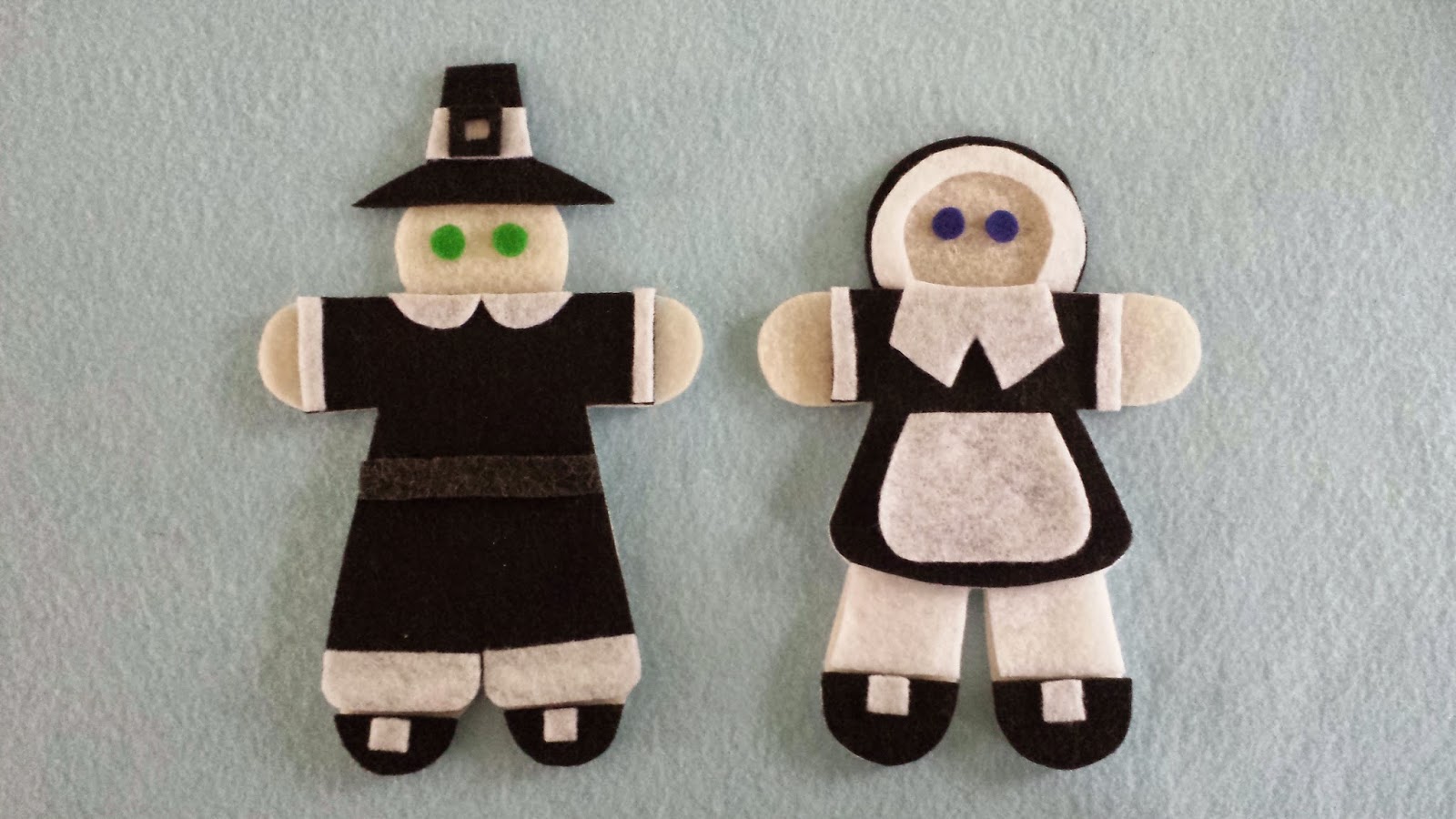 All of the smaller pieces are glued on, so they don't get lost. I used Elmer's Craft Bond

glue, which works amazing on felt! 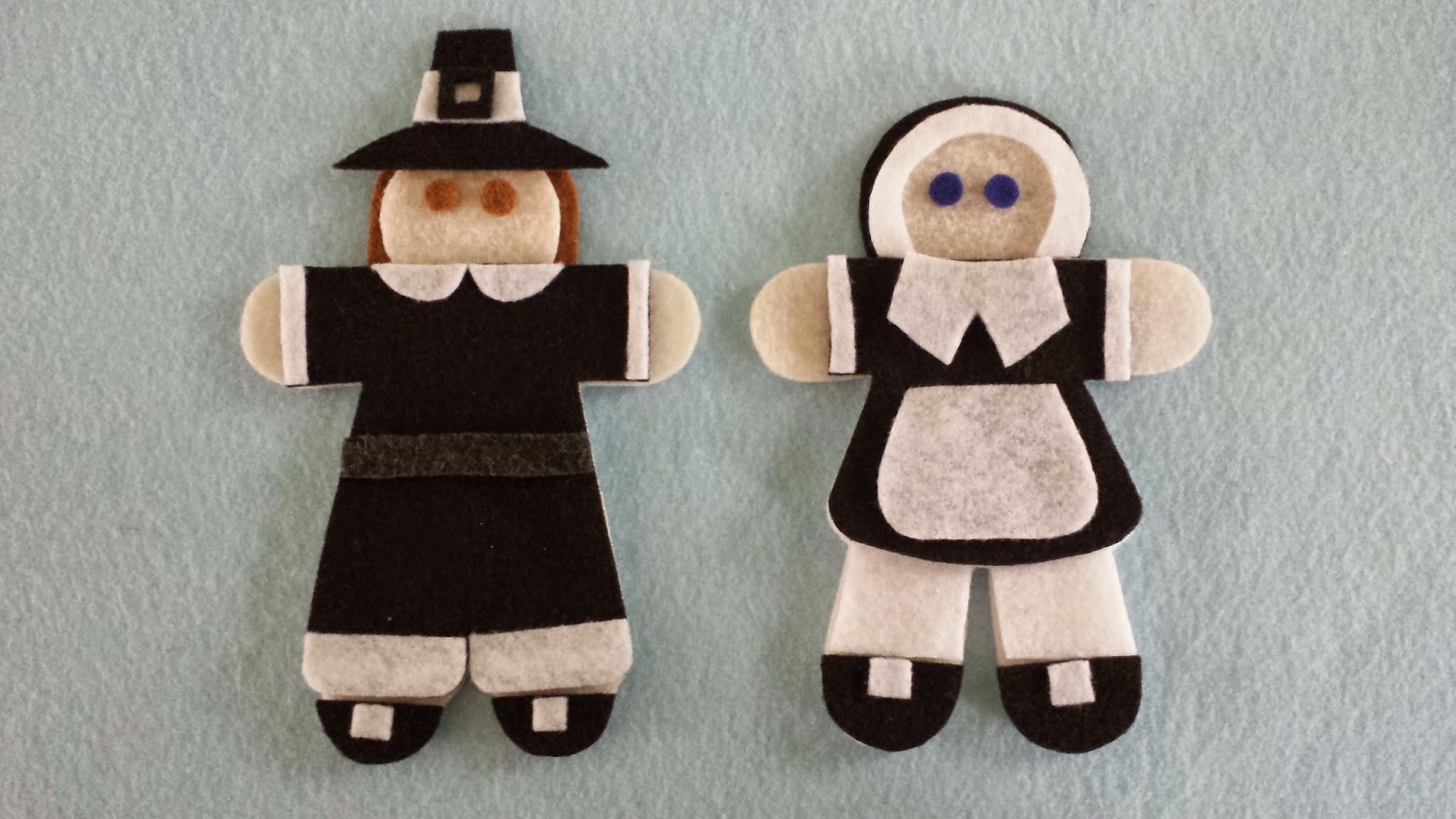 Here are some of the pieces removed. I made sure the figures had the same shape as the clothes so it's easier to match them. 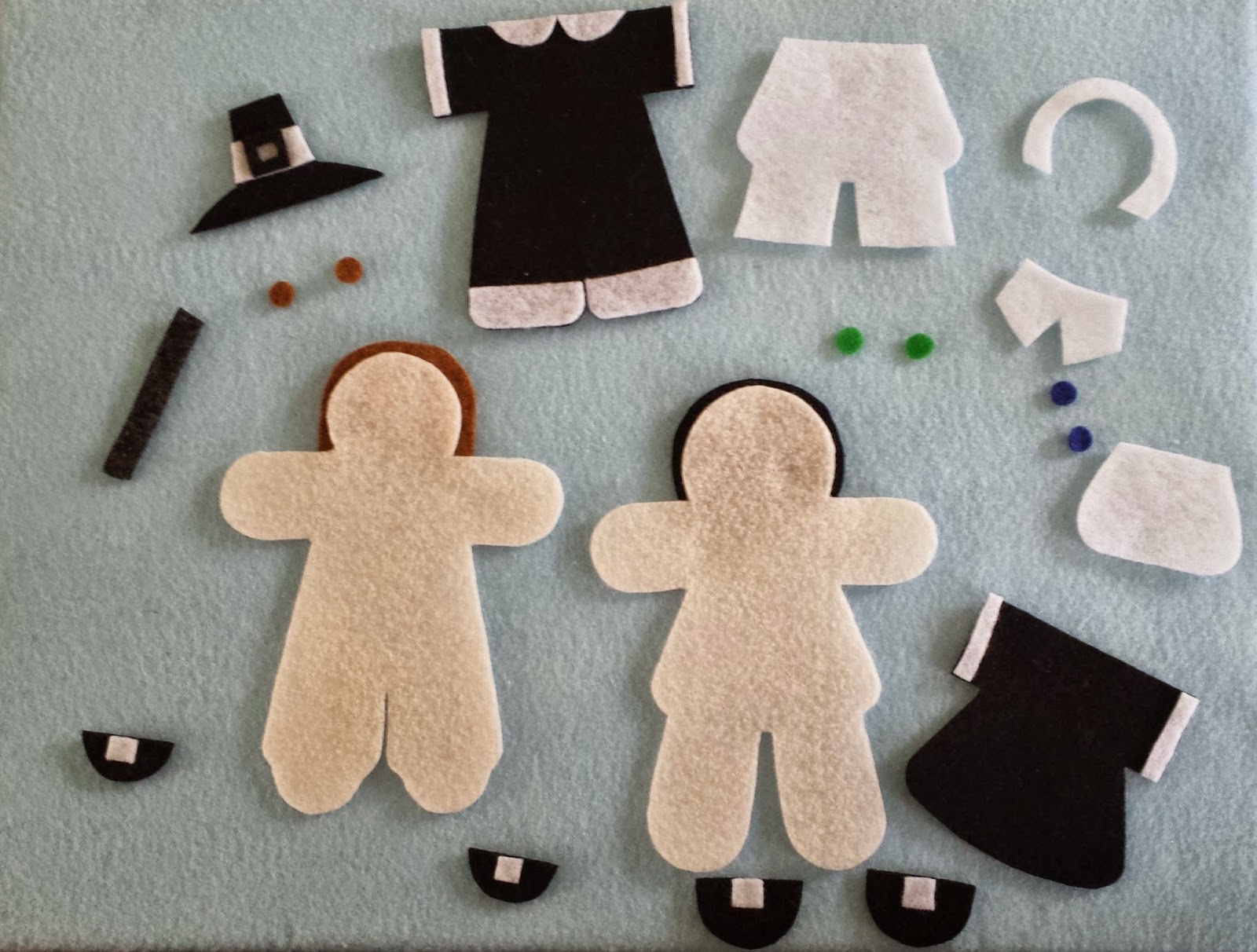 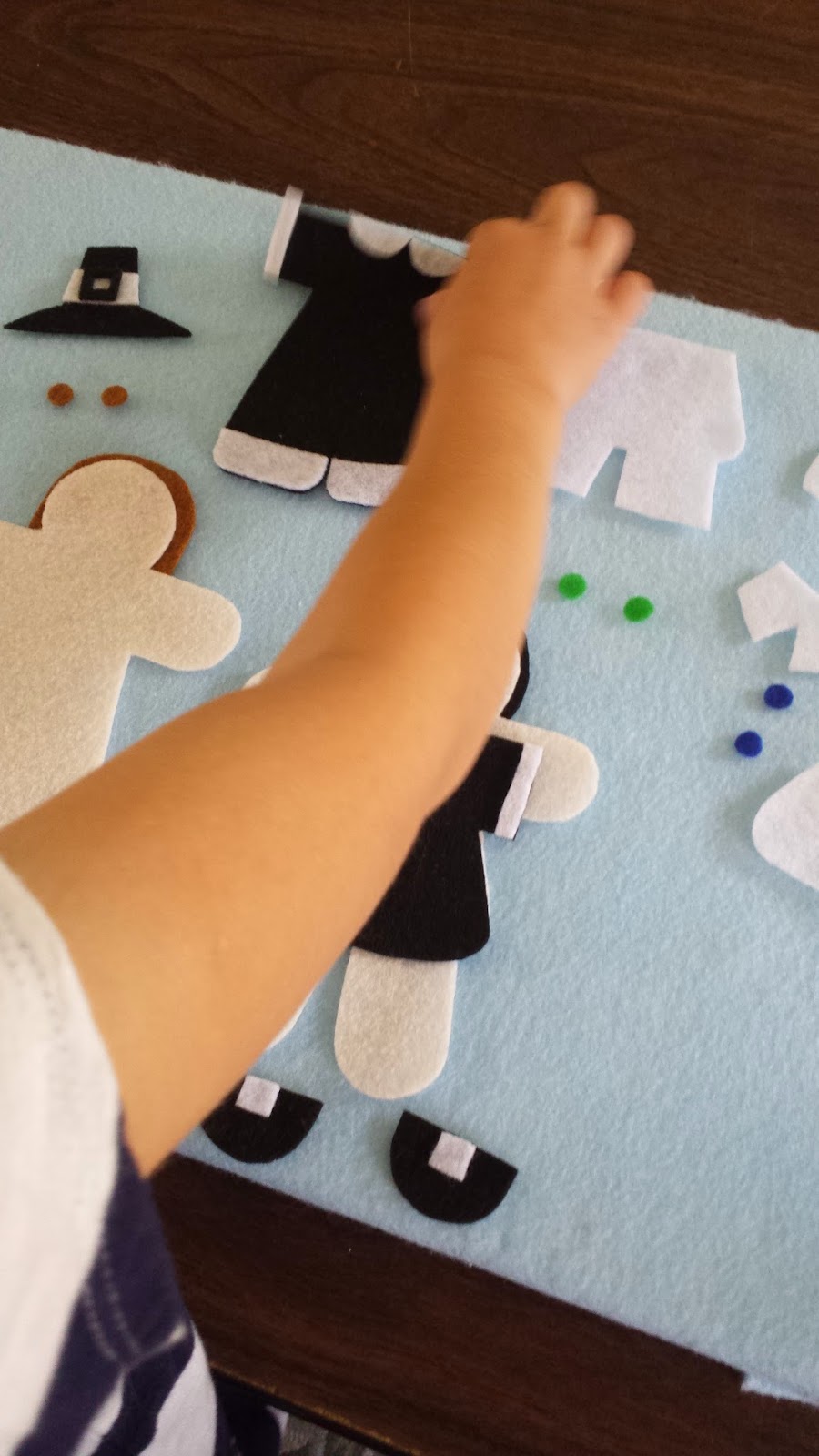 She especially likes having different outfits to choose from. 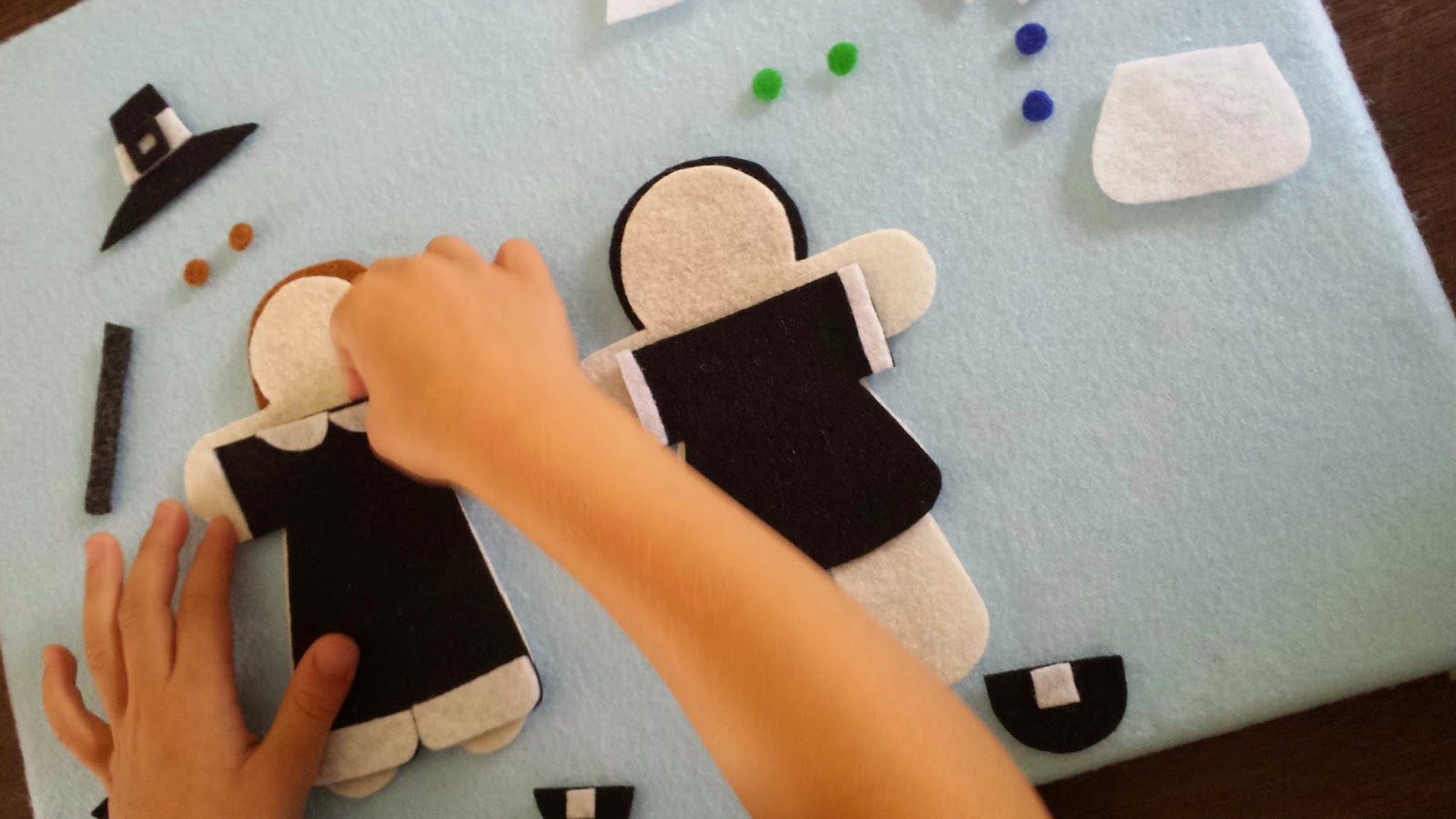 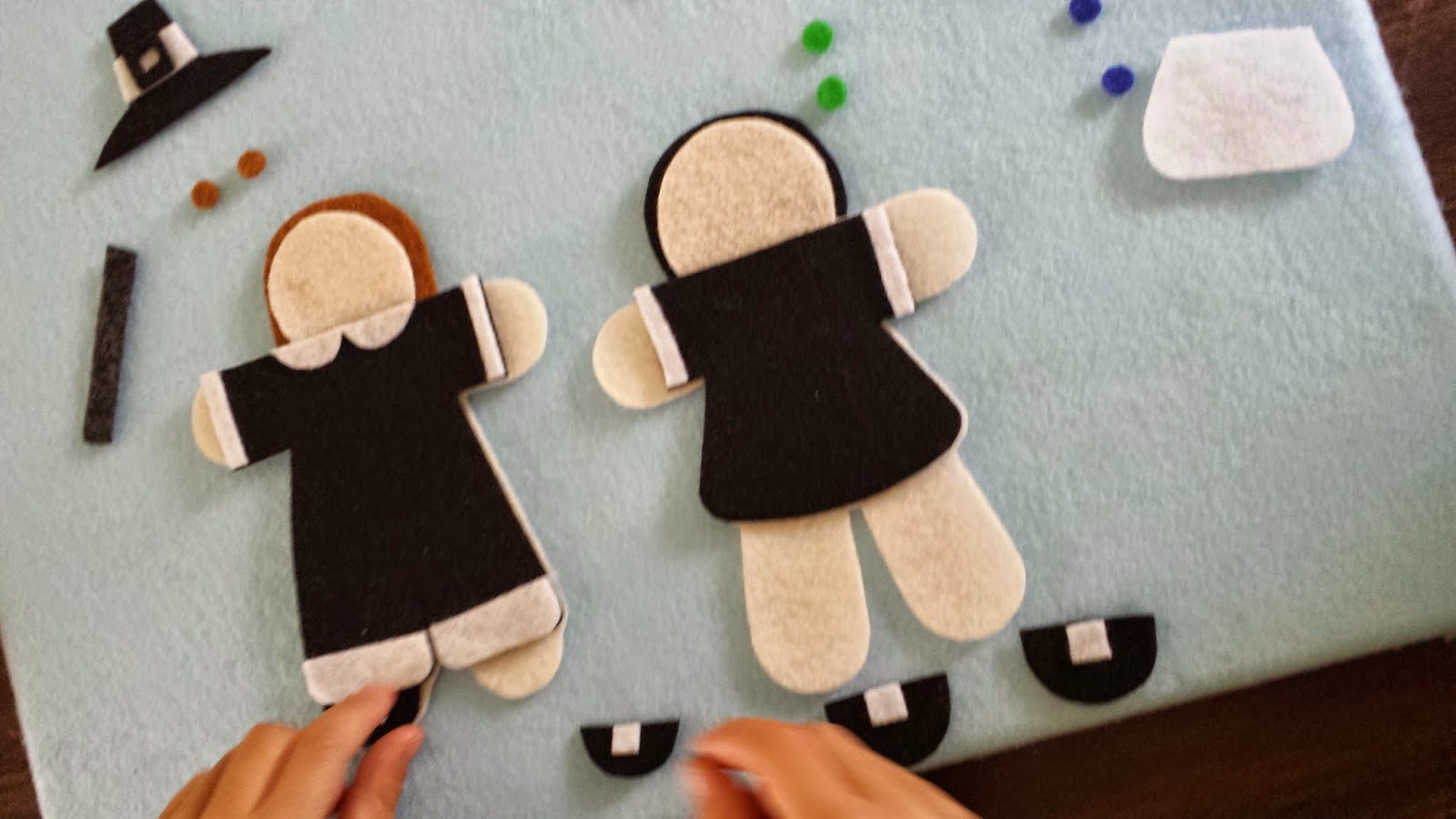 I plan to make more of these historical themed felt boards throughout the year. It will be a fun way to explore different cultures in the future, too! 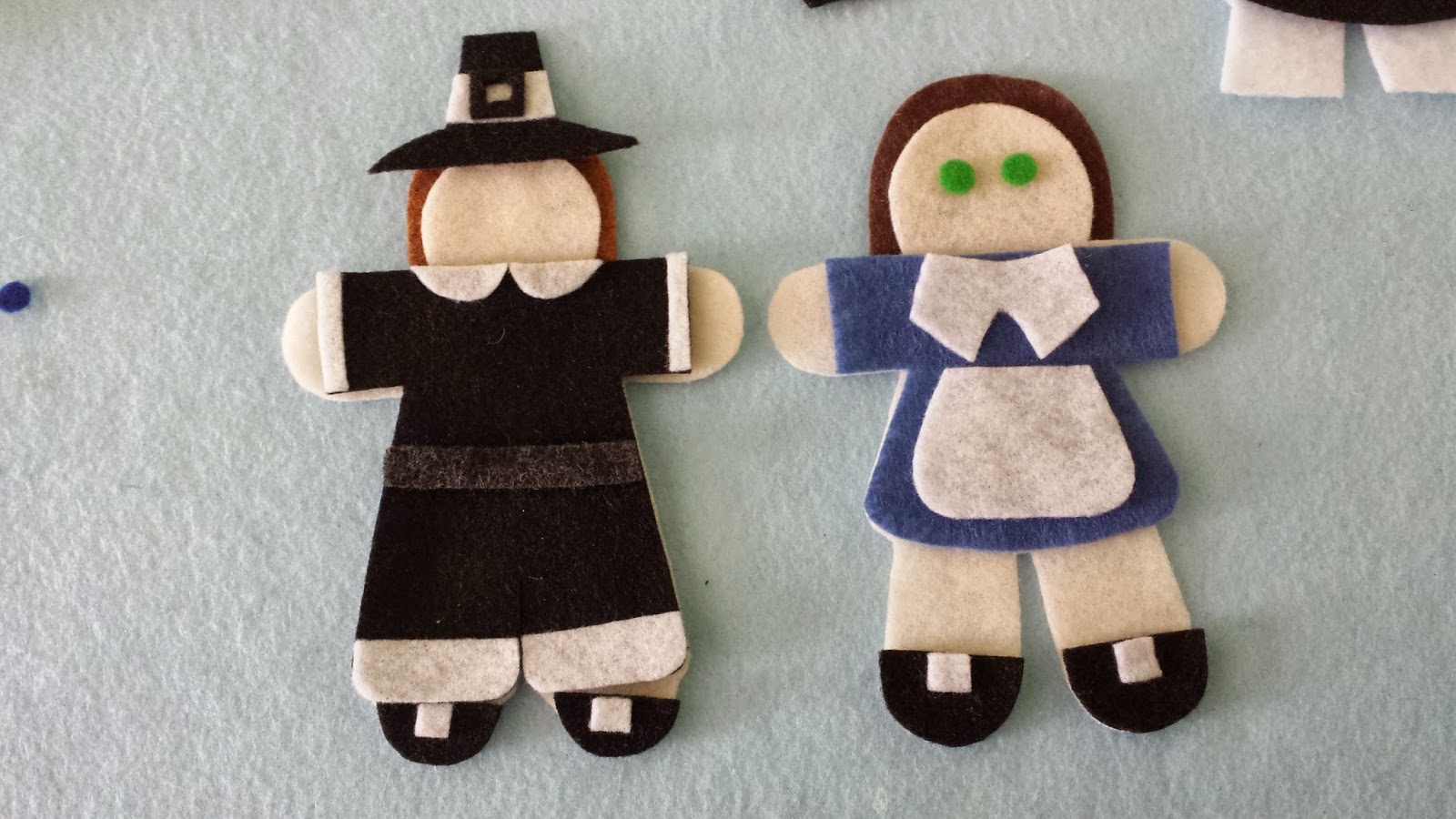 These were so simple to make! It took a grand total of maybe 30 minutes to make a couple figures and a handful of outfits. 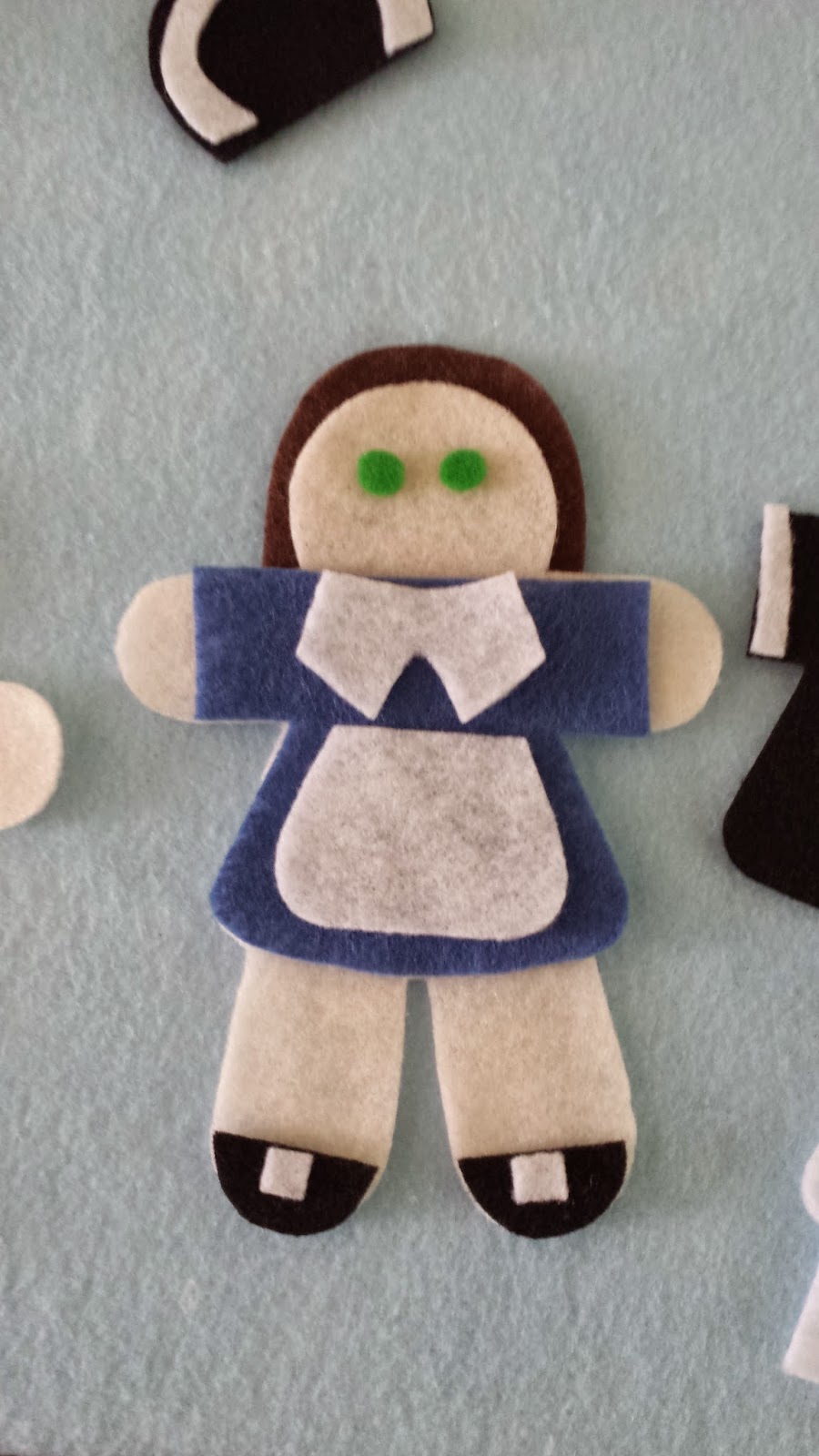 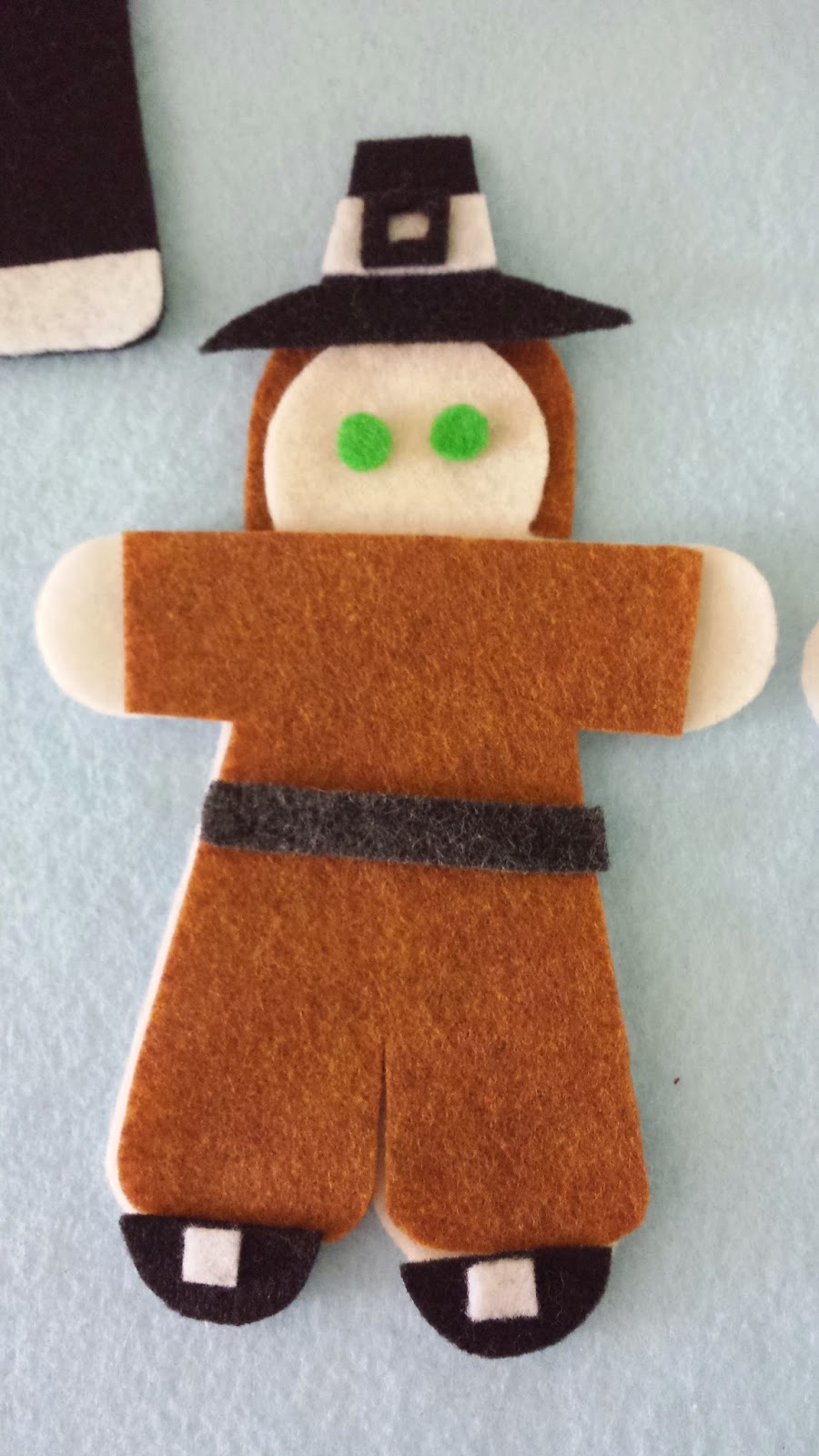 I'll be going back to make a few Native Americans and then next we will make some Wild West, Pirates, and Revolutionary and Civil War themed figures for our historical felt boards!