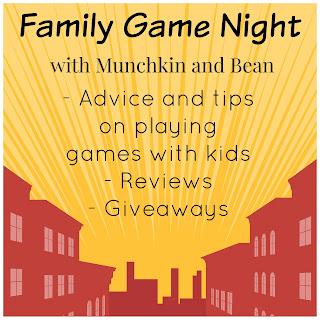 We play board games often, but we always aim to have at least one "Family Game Night" each week. The kids and I mostly play during the day, while Albz is at work. But he enjoys playing with us too, so Family Game Night is important because it means the kids are able to play with him too. Albz and I usually play "big kid" or "adult" games after the kids go to bed, which means they don't always get to see us playing games together and with our friends. We love inviting the neighborhood kids to join in a game or two after they get out of school and they love browsing our collection of games. It makes me a bit sad that they don't have games at home, and if they do it's usually only Monopoly, so it's a fun experience for all of us!

The games we played tonight are new. They just arrived today! And both games were a huge hit with the kids! Bean preferred Bugs in the Kitchen and Munchkin preferred Aargh!

Bugs in the Kitchen is a new family board game from Ravensburger. Ours is straight from Germany and called La Cucaracha, which means The Cockroach in Spanish. It's a super fun game that uses a cockroach HEX Bug nanobot that runs around the kitchen... The game is technically for children 6+, but both of my kids were able to play it using the rules and had no issues. 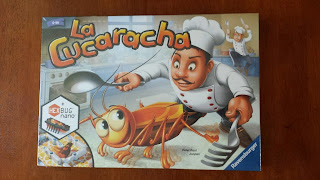 We will be reviewing Bugs in the Kitchen on the blog soon. But I just wanted to share how much fun the kids had playing it! We literally played for 40 minutes straight! 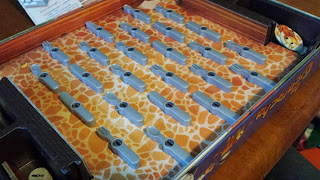 And now that they know what HEX Bugs are... they need more! We'll be checking them out at Target the next time we go shopping. 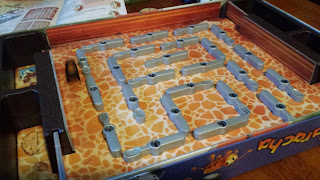 The HEX Bug definitely makes this game unique! You basically roll a dice, letting you move a fork, spoon, knife or random utensil. You're working towards getting the HEX Bug into your trap. It's really fun to maneuver the utensils and create paths for the bug to follow. 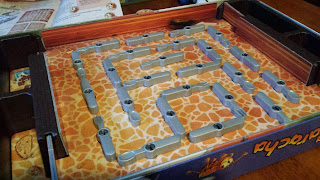 The second new game we played was AARGH! from Simply Fun. It's a memory game for children 3+, with a fun pirate theme. 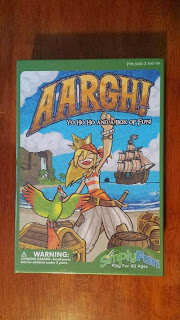 You place 25 tiles in 5 by 5 rows. Each player flips tiles and so long as they continue to make a match, they can keep playing. Once they flip a tile that isn't a match, they collect coins for any matches they made and then place the pirate ship on the last tile played. Then all the other tiles are flipped back over. 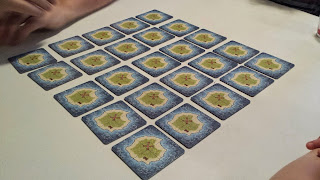 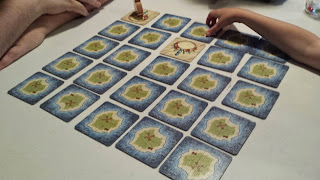 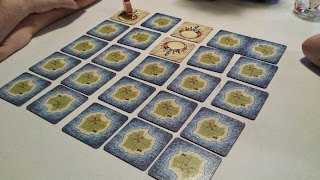 The game ends when you run out of gold coins. Then each player counts their coins and the player with the most wins. 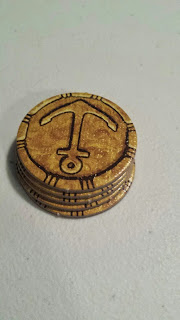 It's a unique take on a memory game and added lots of new elements that were fun to play with.

And check out our adorable new buddies from The B Hive Creations!! They came out so cute and my kids love them! We are thinking of commissioning an Iron Giant for Munchkin's birthday! 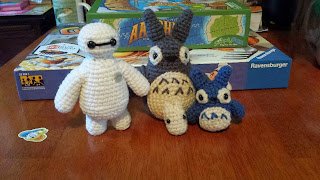