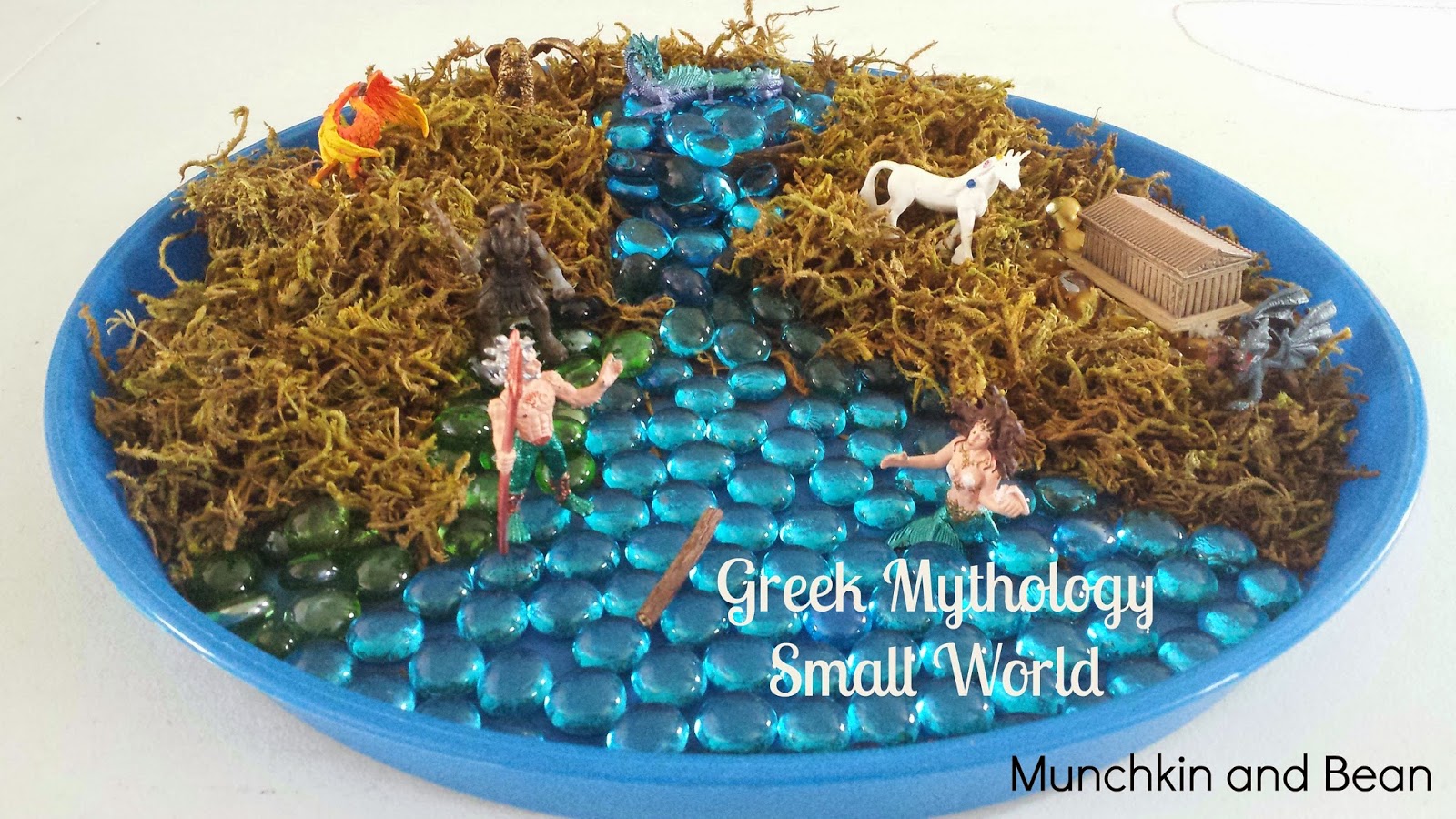 We are participating in Suzy Homeschooler's new series The ABCs of Raising Well-Rounded Geeklings! Be sure to check it out, because there are a ton of awesome posts and activities being shared! Today is Letter G and we are sharing our Greek Mythology Small World!

For this activity, we used a shallow, round sensory bin, moss

and gold glass gems, some sticks, and our Safari Ltd Mythical Realms TOOB 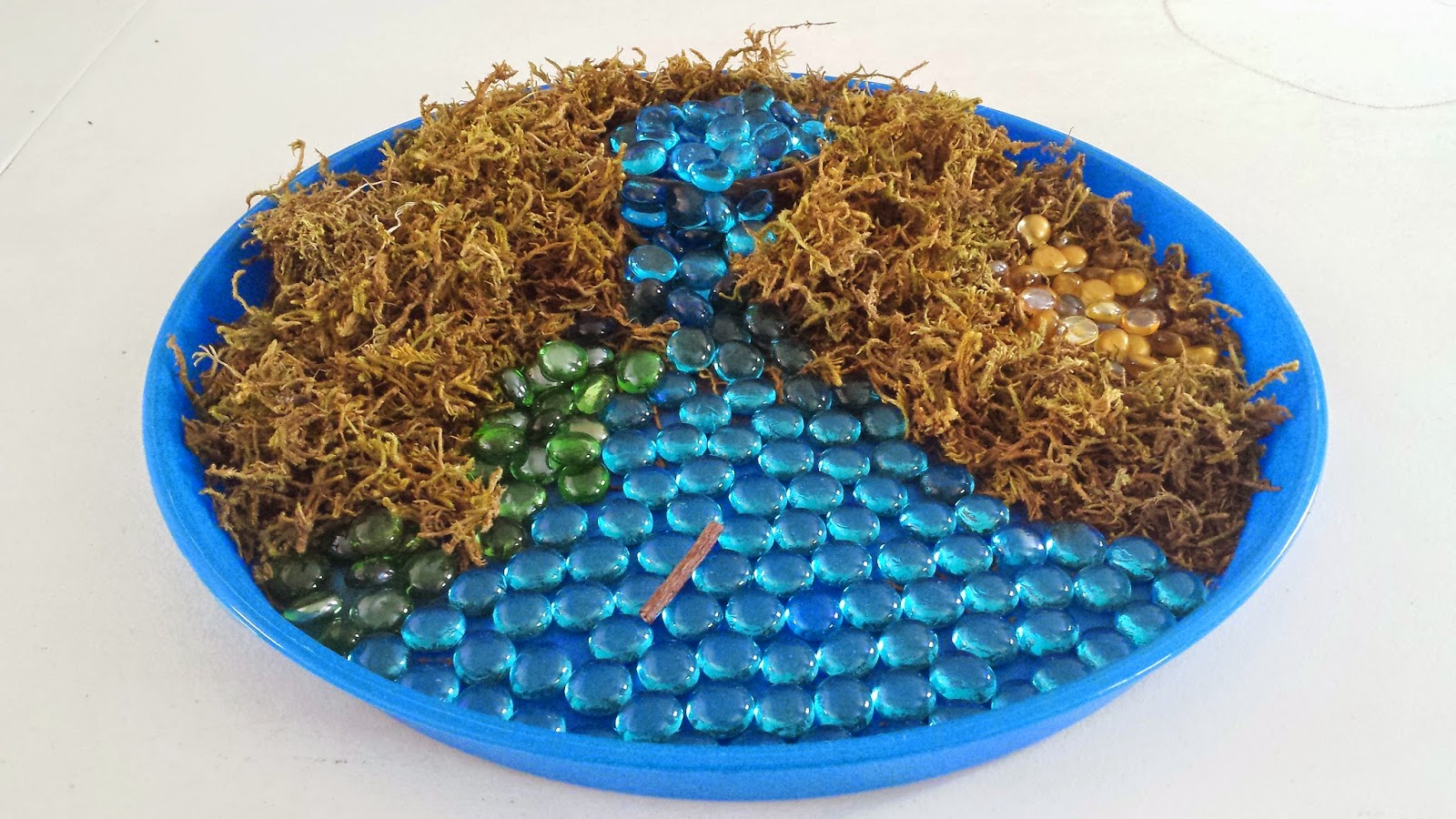 Oh, we also used half of a coconut shells for the blue gems at the top of the waterfall. You can barely tell it is there, but it helped to keep the glass gems in place. We used the gold glass gems as the sand for the human city. 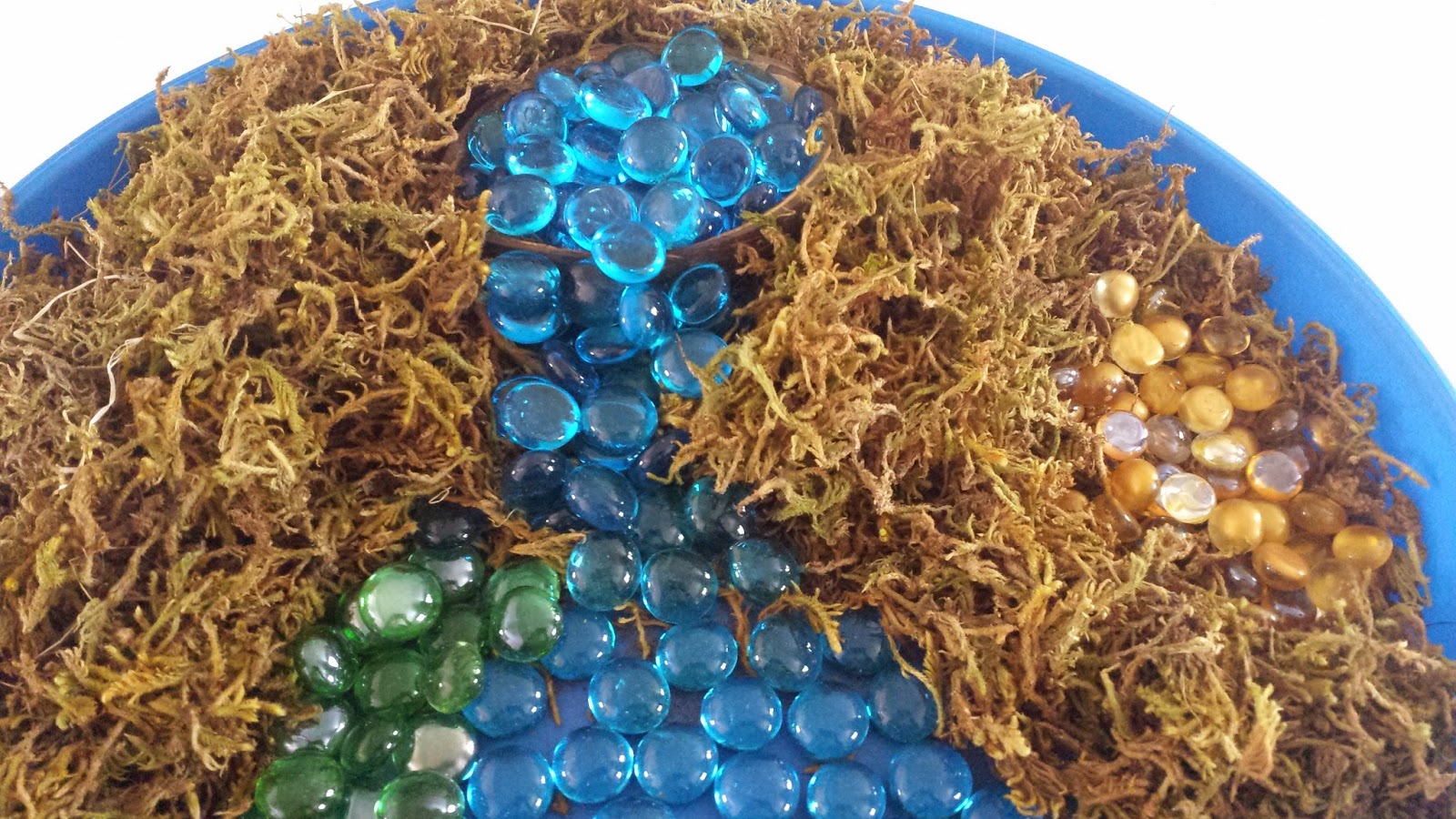 I read them stories about Greek mythology while they played for the first half-hour. One of the stories we read was about how Poseidon and Athena competed to become the patron of Athens. They both gave gifts to the city of Athens and the best gift would win them the city. Poseidon gave the people a spring that became the Erekhtheis sea and Athena gave the people the olive plant. Of course the people went with the olive plants, instead of the salty sea. The Parthenon was placed on the gold glass gems to represent the human city of Athens. 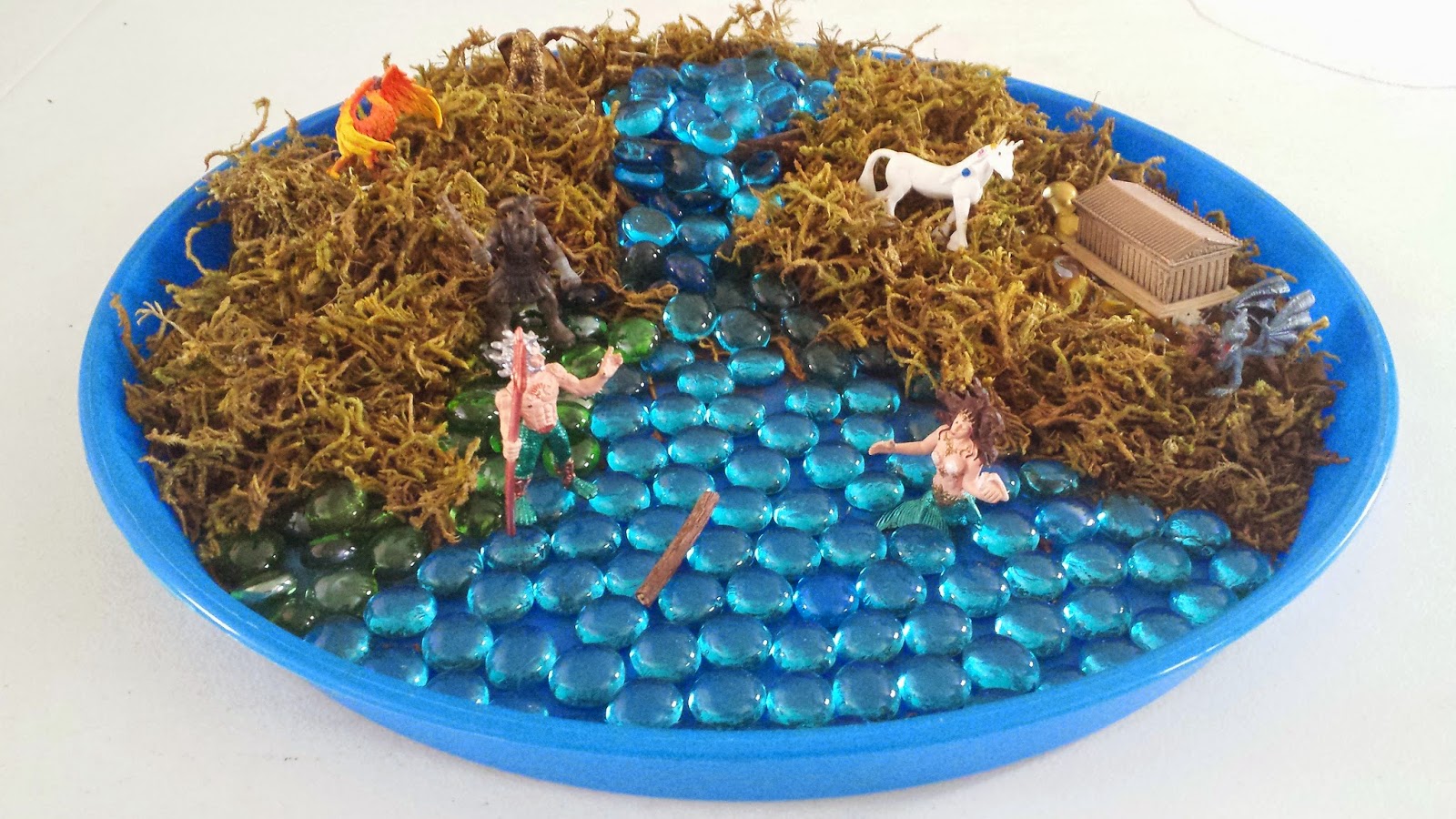 We created this small world to reflect on that story, with the waterfall representing the spring that Poseidon created that formed into a small sea. 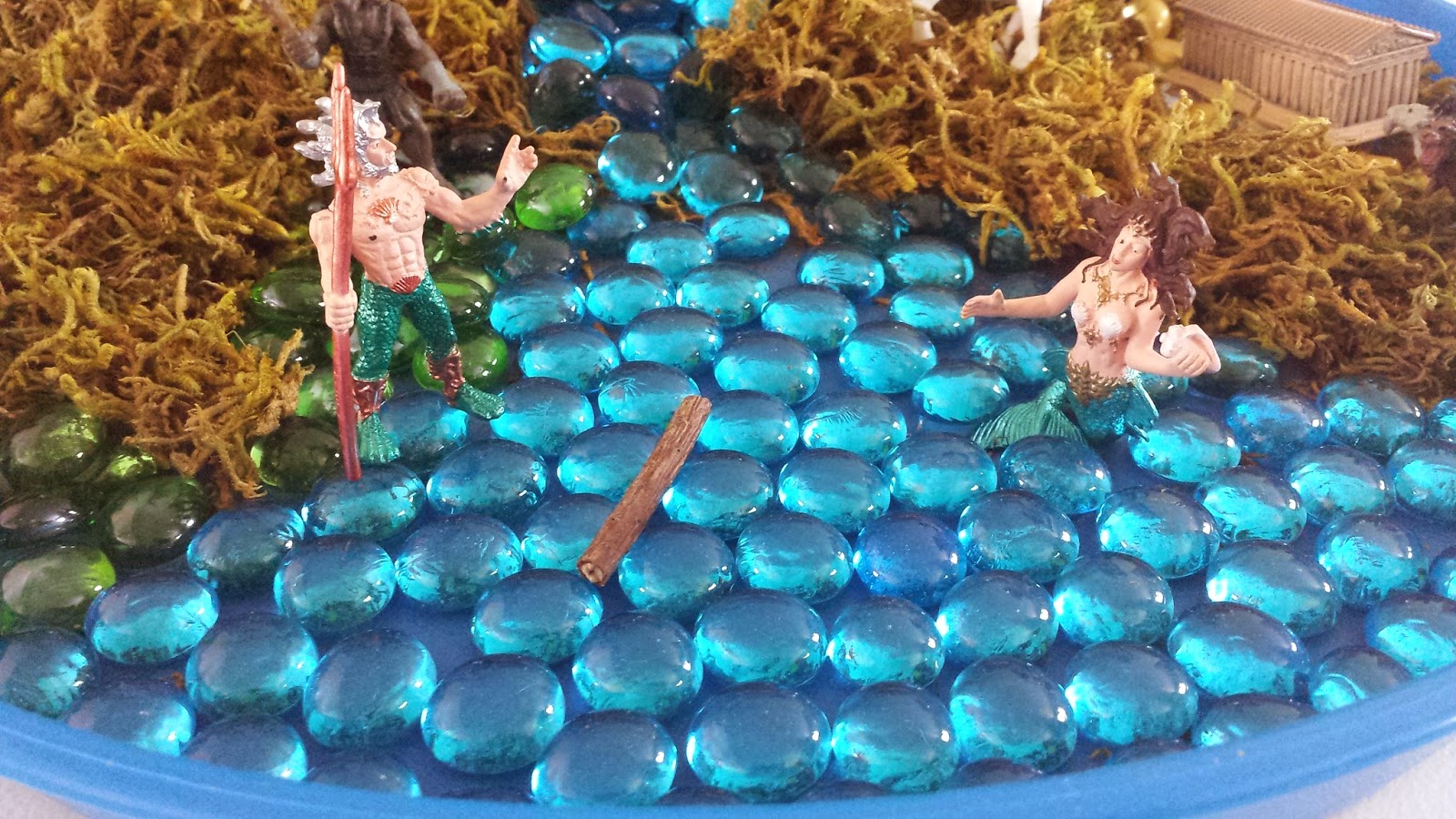 This story led to many others, although we primarily focused on the mythical creatures, rather than the other Greek gods, since the Mythical Realms toob only has Poseidon. If you collect some of the larger figures from the Fantasy line, they have figures like Medusa, Centaur, Areion, Cerberus, Pegasus, Cyclops, Hercules, Hydra, Icarus, Manticore, just to name a few. All of the figures from the Mythical Realms toob has a larger figure in the Fantasy line. We only have Pegasus and Cerberus, which we usually use to represent Zeus and Hades.

Check out the Griffin's camouflage skills! 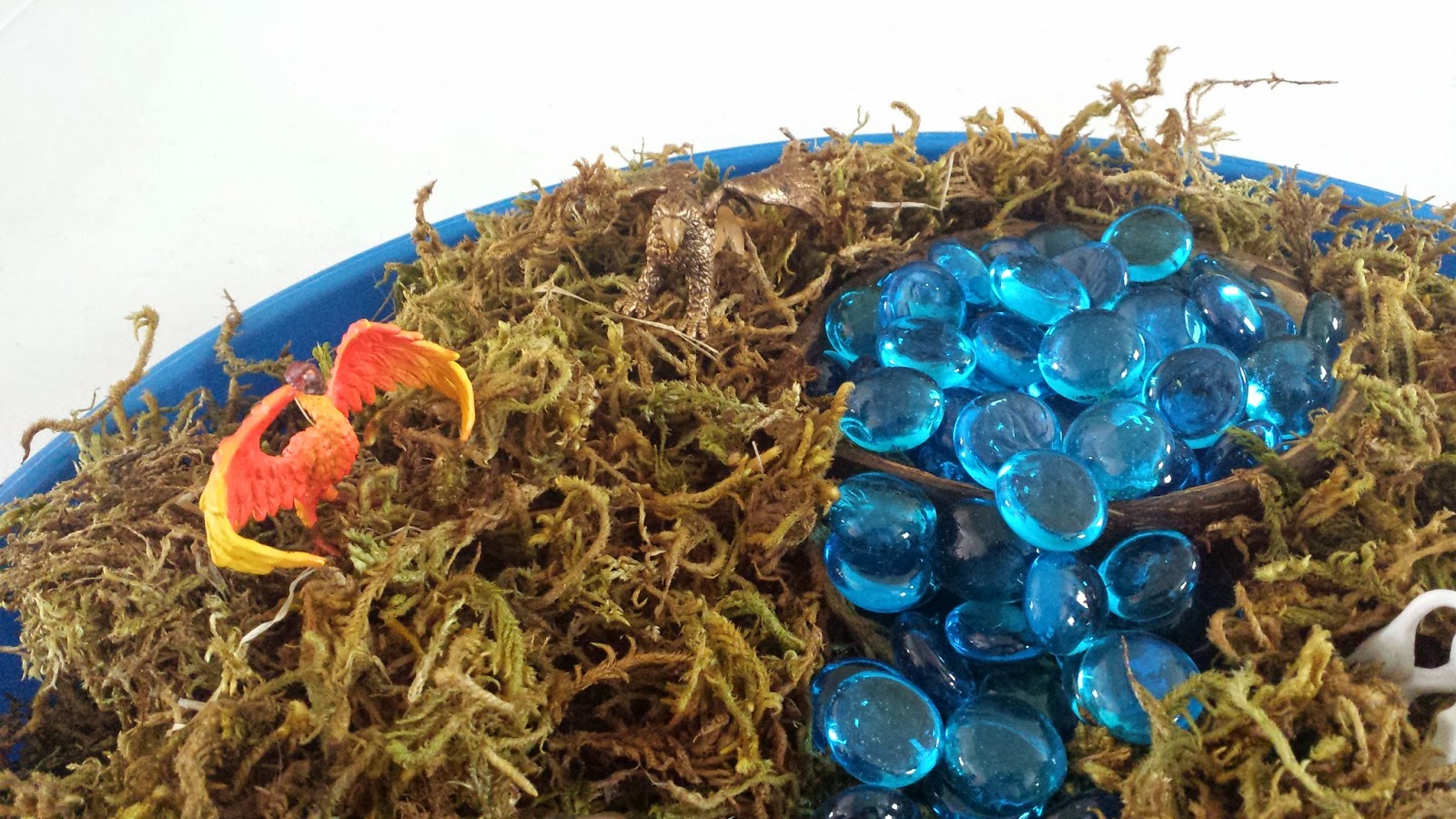 After I was finished reading some of the stories, I asked Bean what she liked about the creatures and what their names were, if they had one. We also looked at pictures online, most of them of the Greek gods and mythical creatures to see how they were depicted in art. 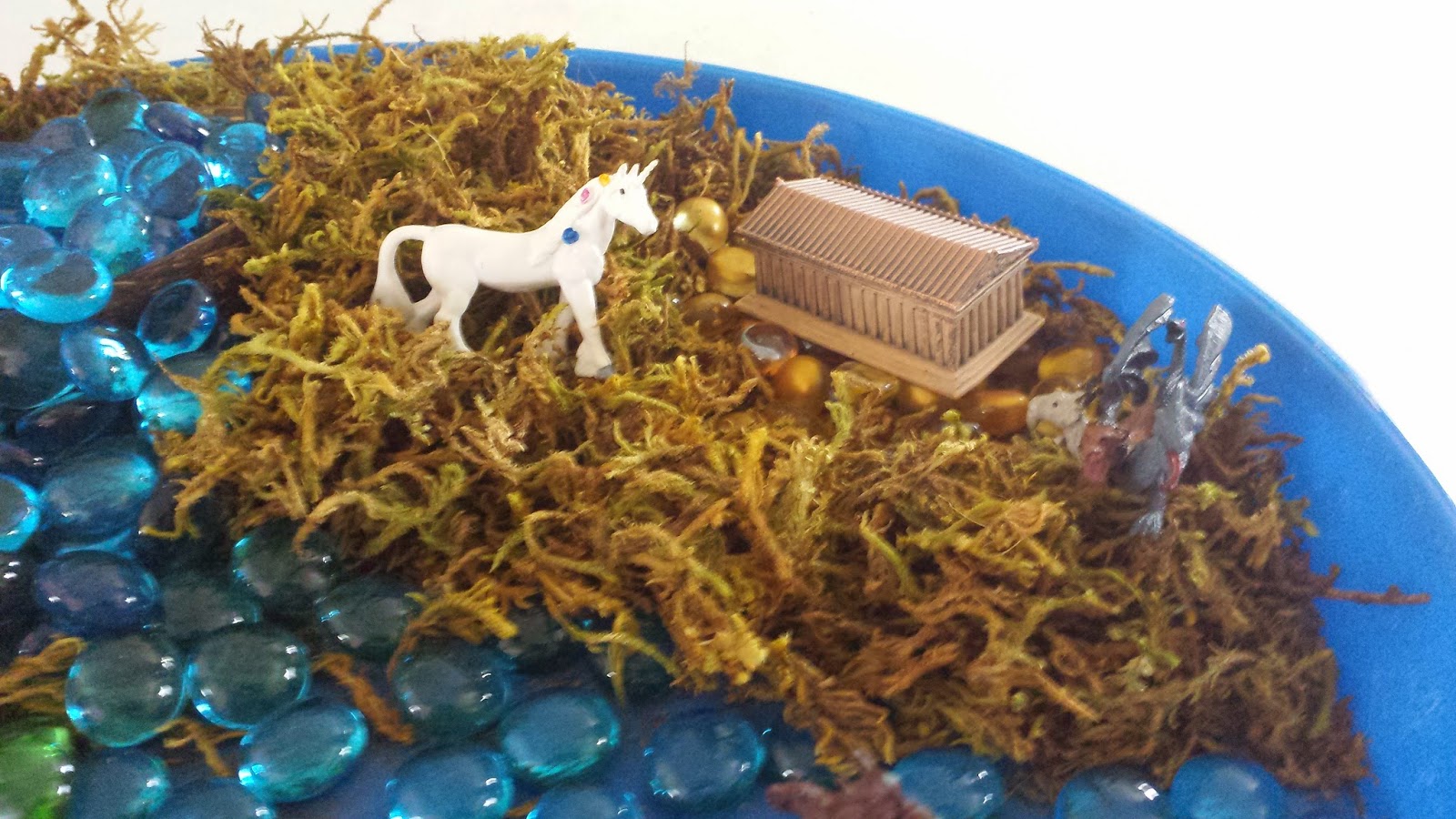 Bean had a lot of fun creating her own stories about these creature. In particular, the Phoenix had a wonderful story of rebirth. Bean wished that everyone could be reborn like the Phoenix. 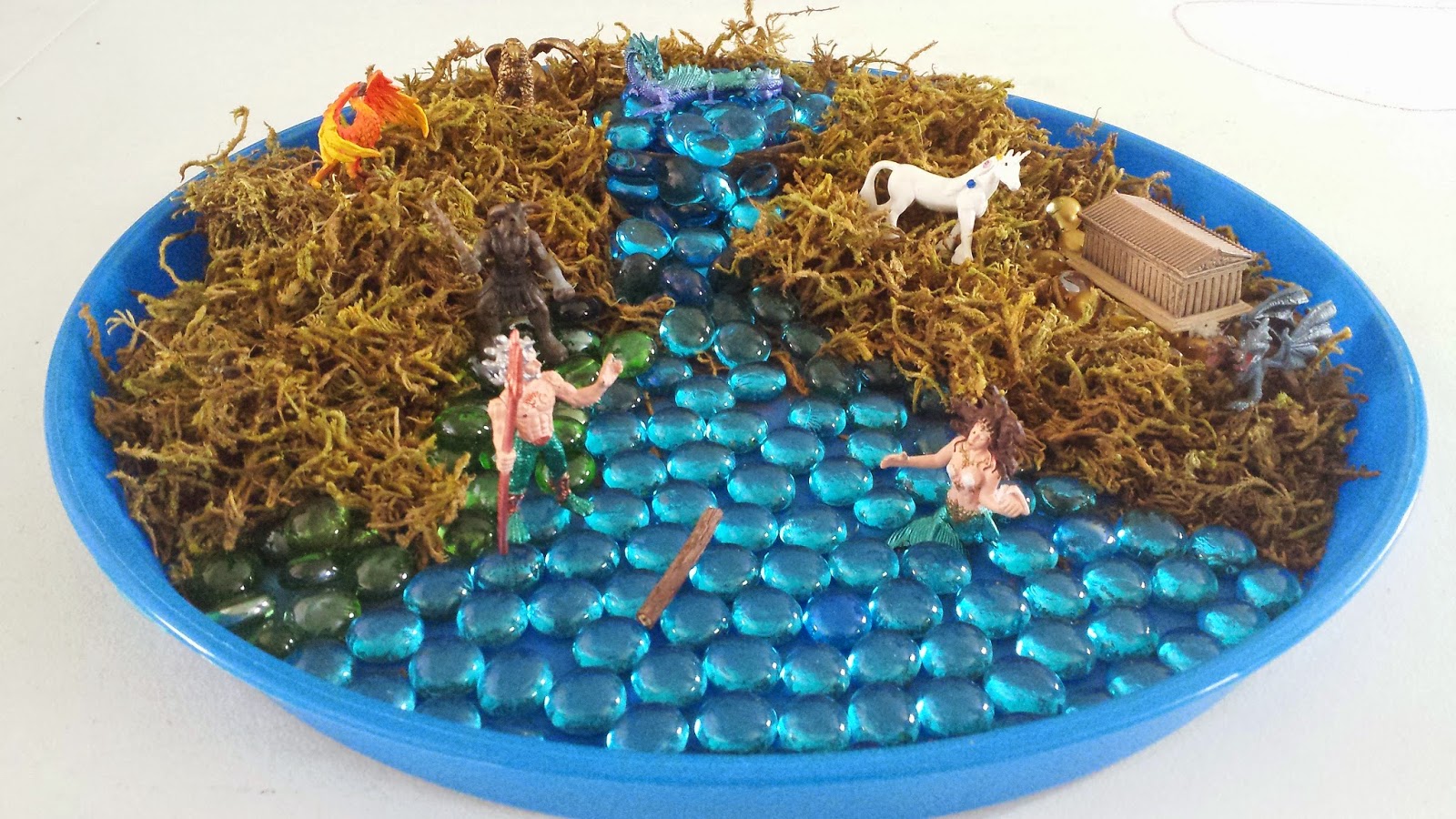 She also really liked playing with Poseidon and coming up with creative ways for him to help the people of Athens.

Can you spot the dragon? 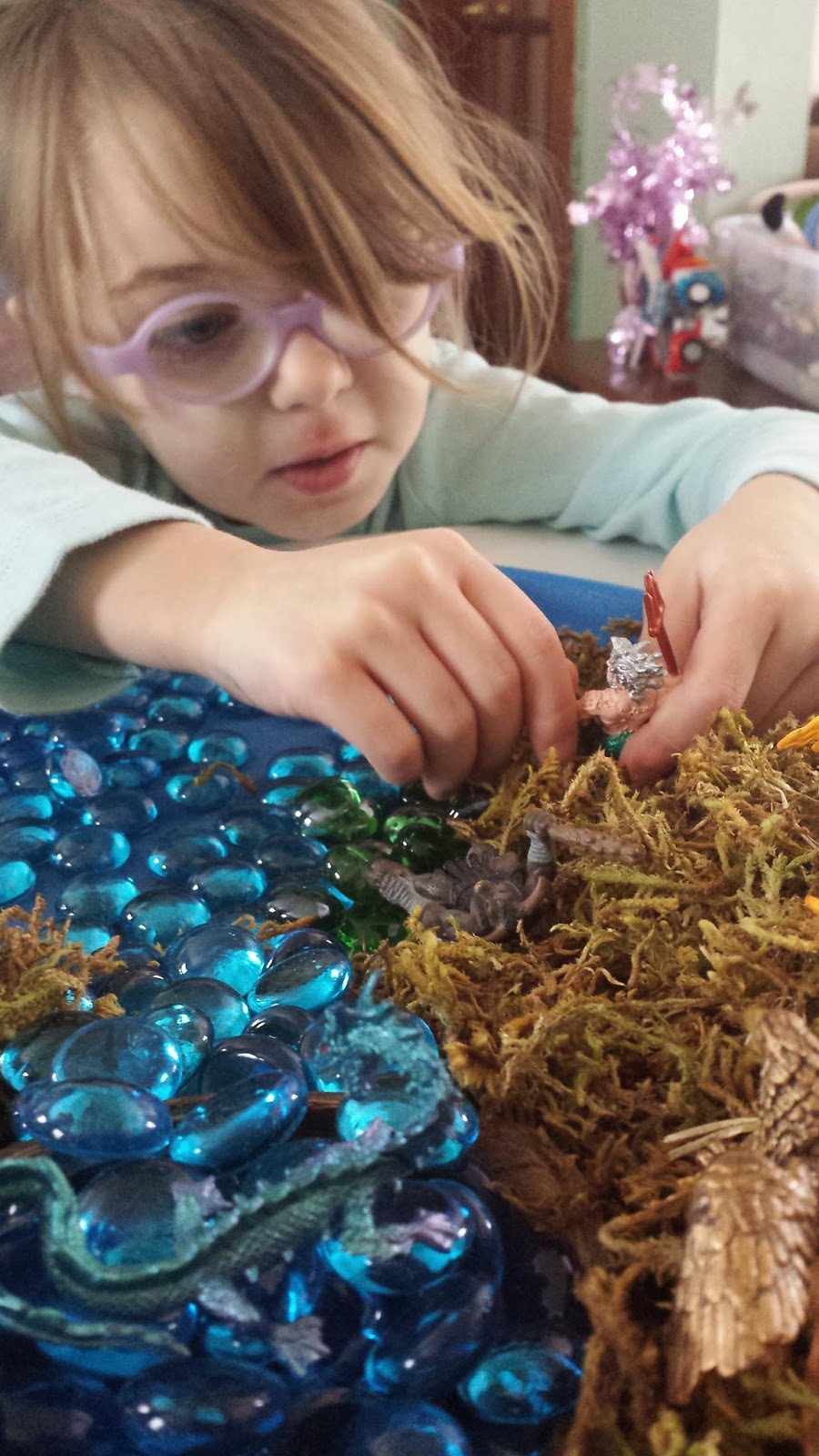 Do you teach your children about mythology? What kind of play activities do you set up? Do you read books while they play, or do you let them tell the stories? 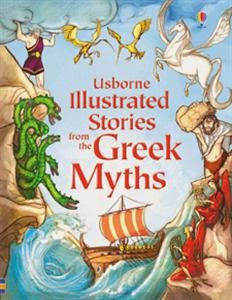 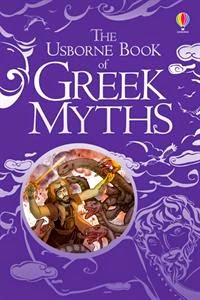 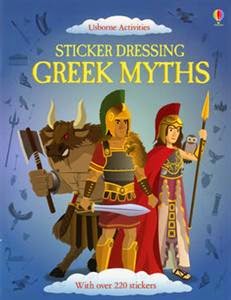