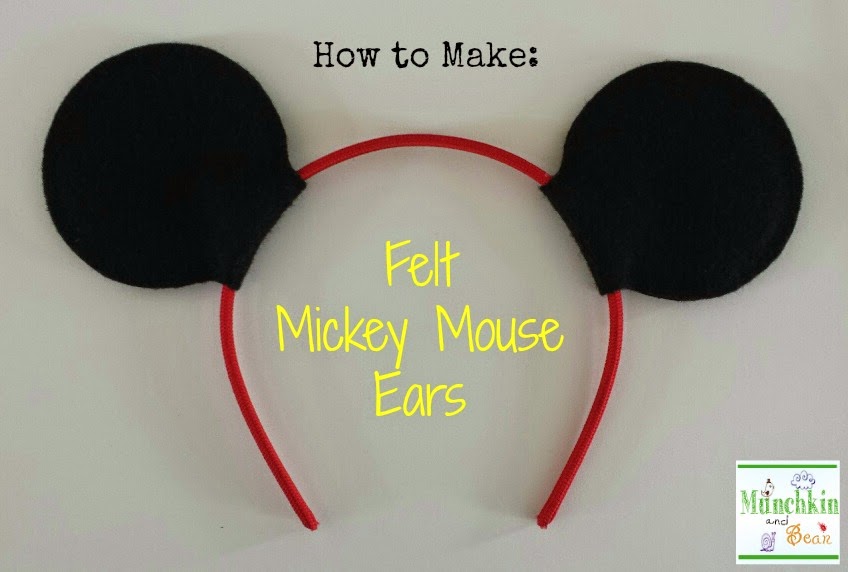 Munchkin's 3rd birthday is coming up and we are celebrating by throwing him a Mickey Mouse Clubhouse party! He's going to love it! And what party could go without some goodies for the party guests? I decided to put my crafting skills to use and make some Mickey Mouse ears for all the kids (and a few adults too).

Altogether this project cost us under $15! $5 for a yard of black felt and $5 for two sets of 10-count headbands from Target. The foam sheets were bought months ago at Dollar Tree for $2 (two sets), and we already owned the glue gun. I'm pretty sure a Disney brand Mickey Mouse ears headband would have cost that much just for one! We love that this was an affordable craft that will hold up after lots of hours of play. (I can attest to that, as my children have a pair for pretend play and so far they have suffered no damage.)

Supplies you will need:
Foam Sheets

This project did take a couple hours though and I worked on it over the course of a couple days. I spent an hour tracing and cutting out the foam sheets and about another hour cutting out the felt. The gluing part took much longer, but it was definitely worth it! 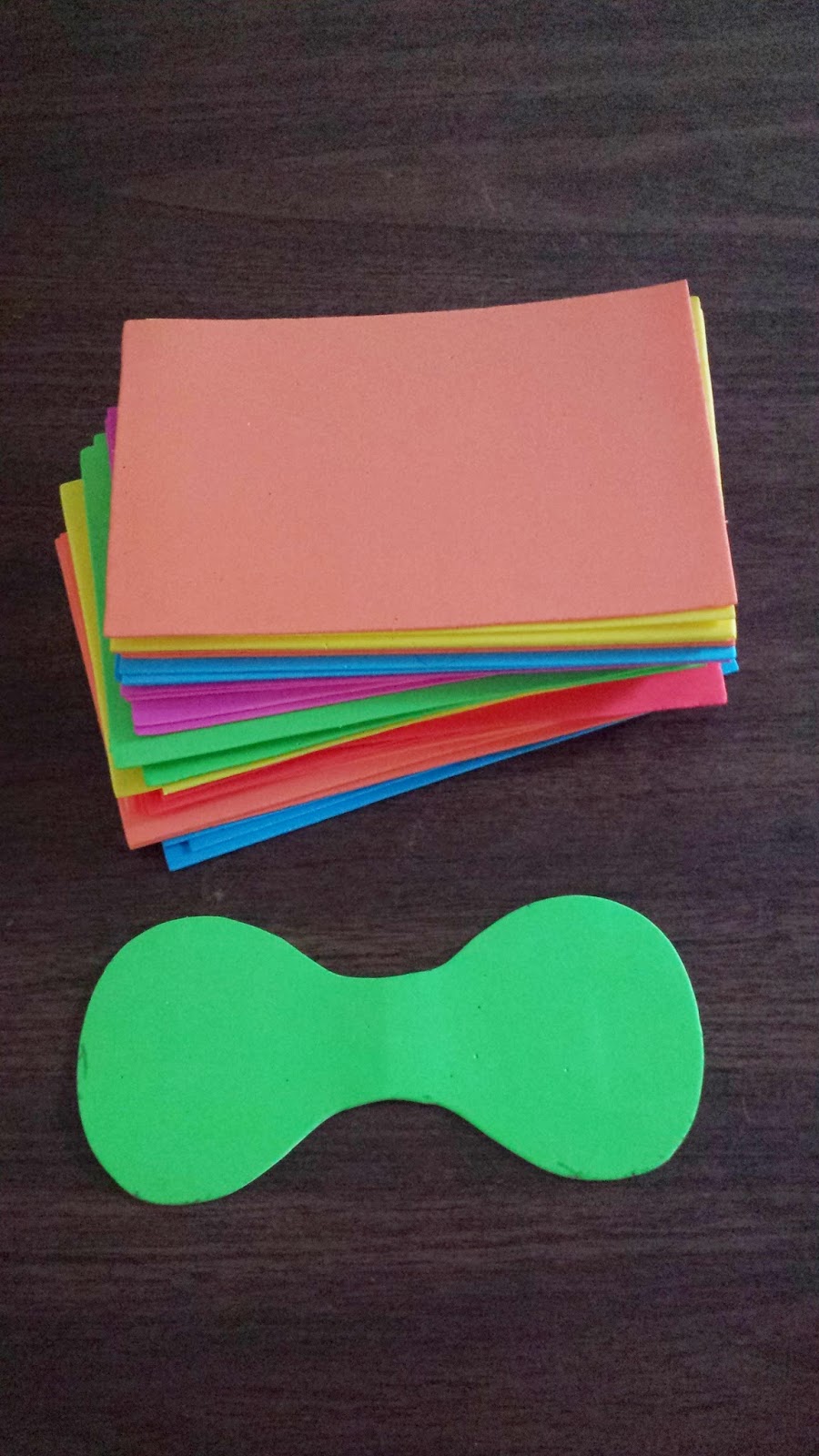 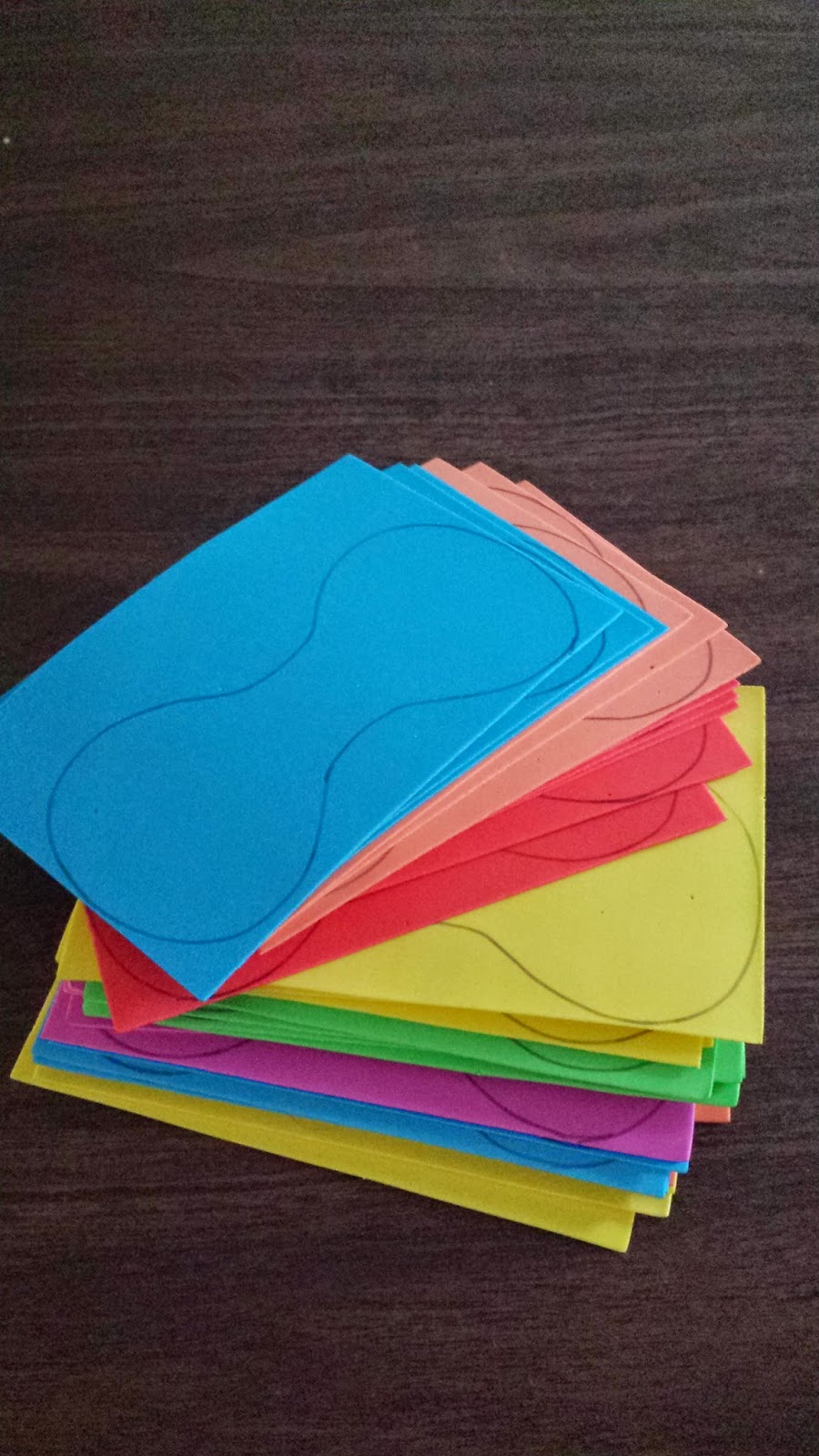 The paper pattern was limited to the space on the foam sheets, so they aren't perfectly rounded and the top 1/4" was cut off. However, that's fine because no one will see the foam inside the ears. I worked with the space I had and simply cut the foam a 1/4" inch shorter than the felt pattern. I cut out the first traced pattern and used that to trace around the rest of the foam pieces, that way the paper remained intact. 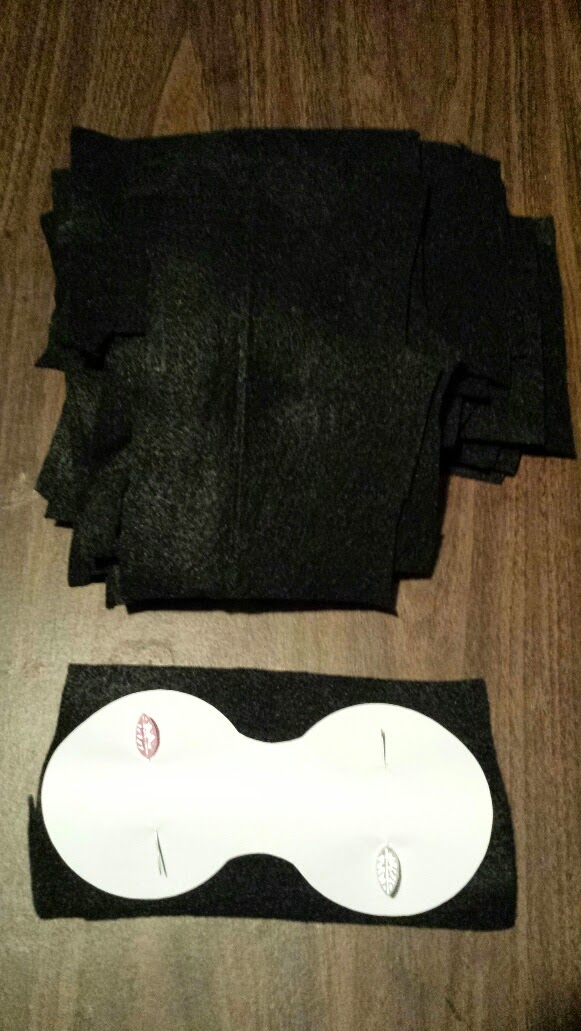 Since I was using a piece of black felt that desperately needed to be ironed, I should have ironed the entire piece first, before cutting out the shapes. But I didn't... So after cutting out all the rectangles, I individually ironed out all the pieces so the felt was smooth. It took about an hour, but it was well worth the effort. And instead of tracing (because it's nearly impossible to see purple ink on black fabric), I pinned the paper pattern to the felt and cut around it carefully. That took another hour. 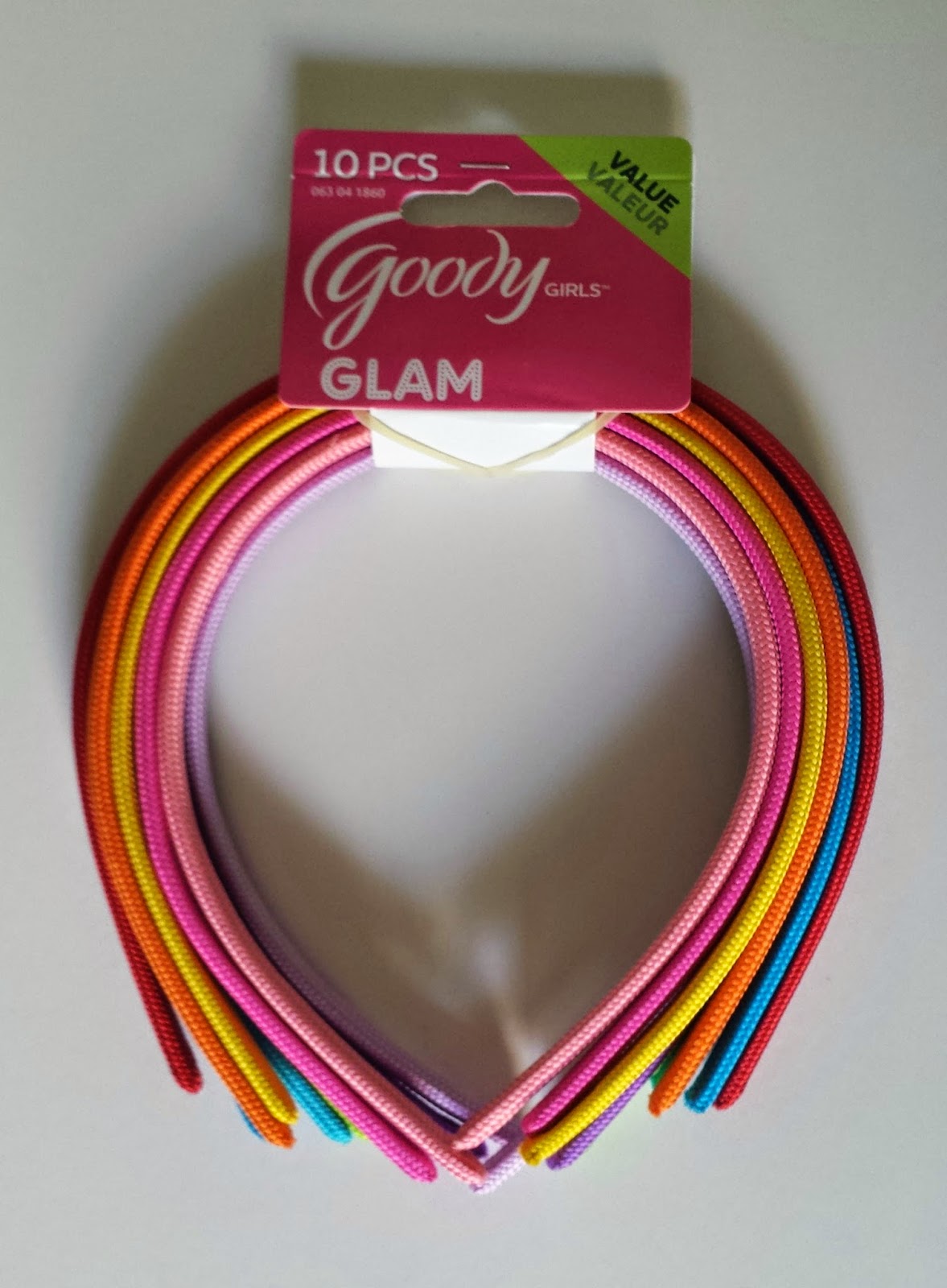 Then I set up the assembly line! Headbands, foam, felt. Check! 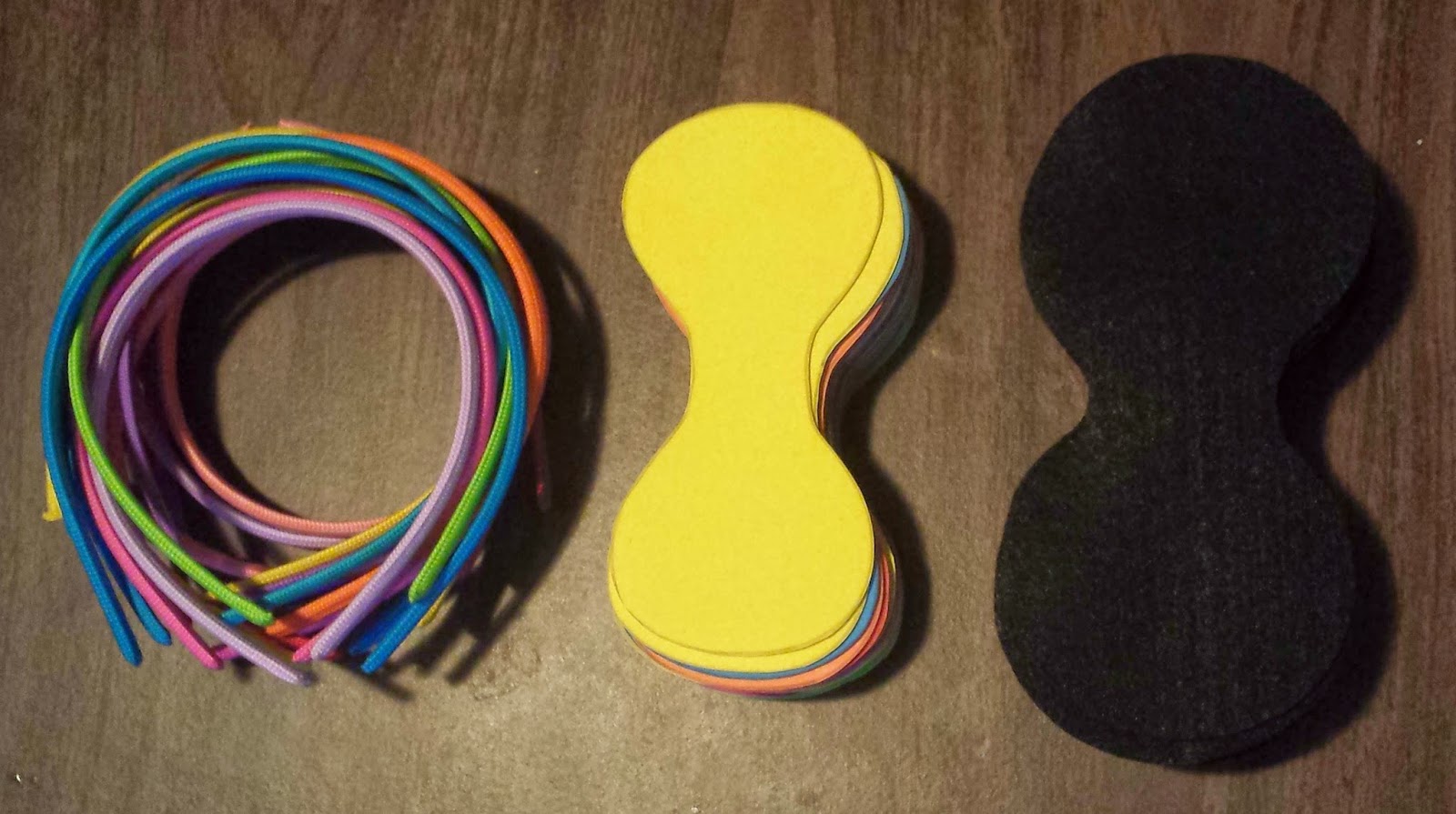 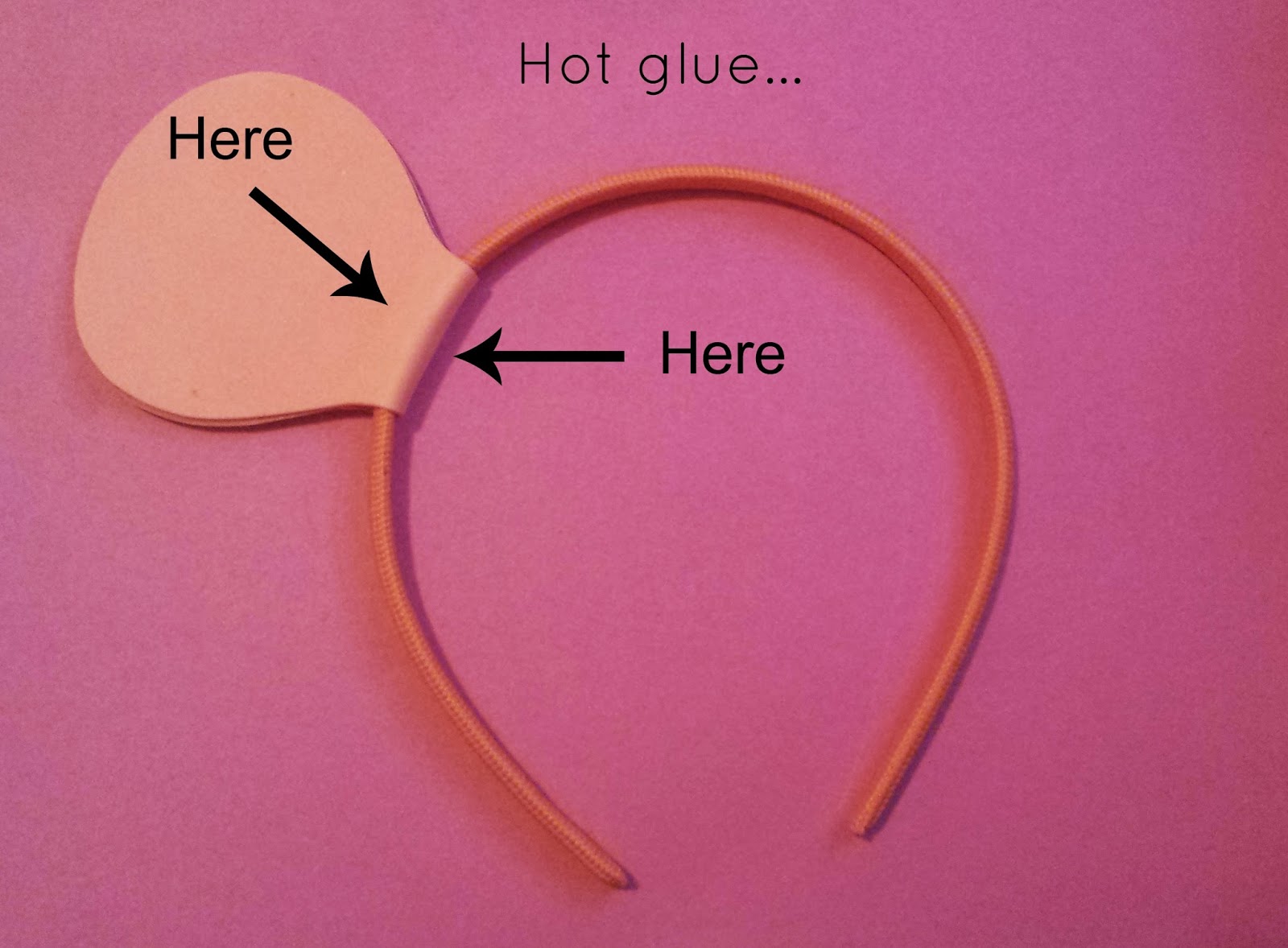 As you can see in the picture below, I just used a small amount of hot glue to bind the foam to the headband and to itself. I folded over the foam and made sure everything lined up and pressed it firmly together, just a few seconds, to let it set. In the above picture, you can barely tell that it was glued because everything is pressed firmly together. This will make sure there are no lumps and that the felt won't be loose. 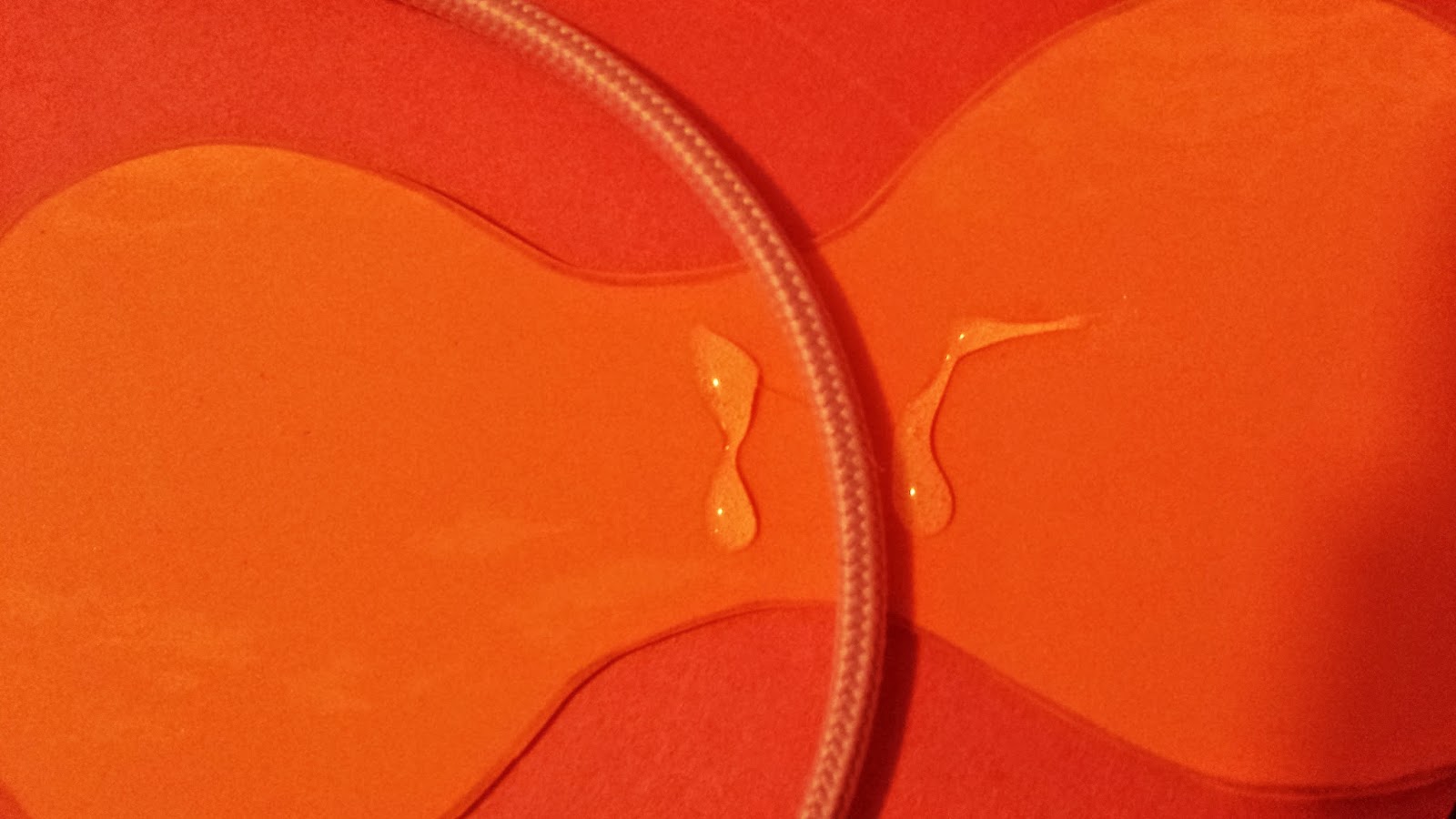 Once the foam ears were glued on, I placed the felt ear underneath it and lined it up. I made sure that the middle lined up to the bottom of the foam and that there was enough space around the foam to use the hot glue. I glued along where the dotted line is.  I did not add glue to the outer side of the foam because then you'd be able to feel lumps. I carefully glued around the edge of the foam and then quickly folded it closed and firmly pressed all the edges and the bottom to make sure it was smooth and there were no gaps. 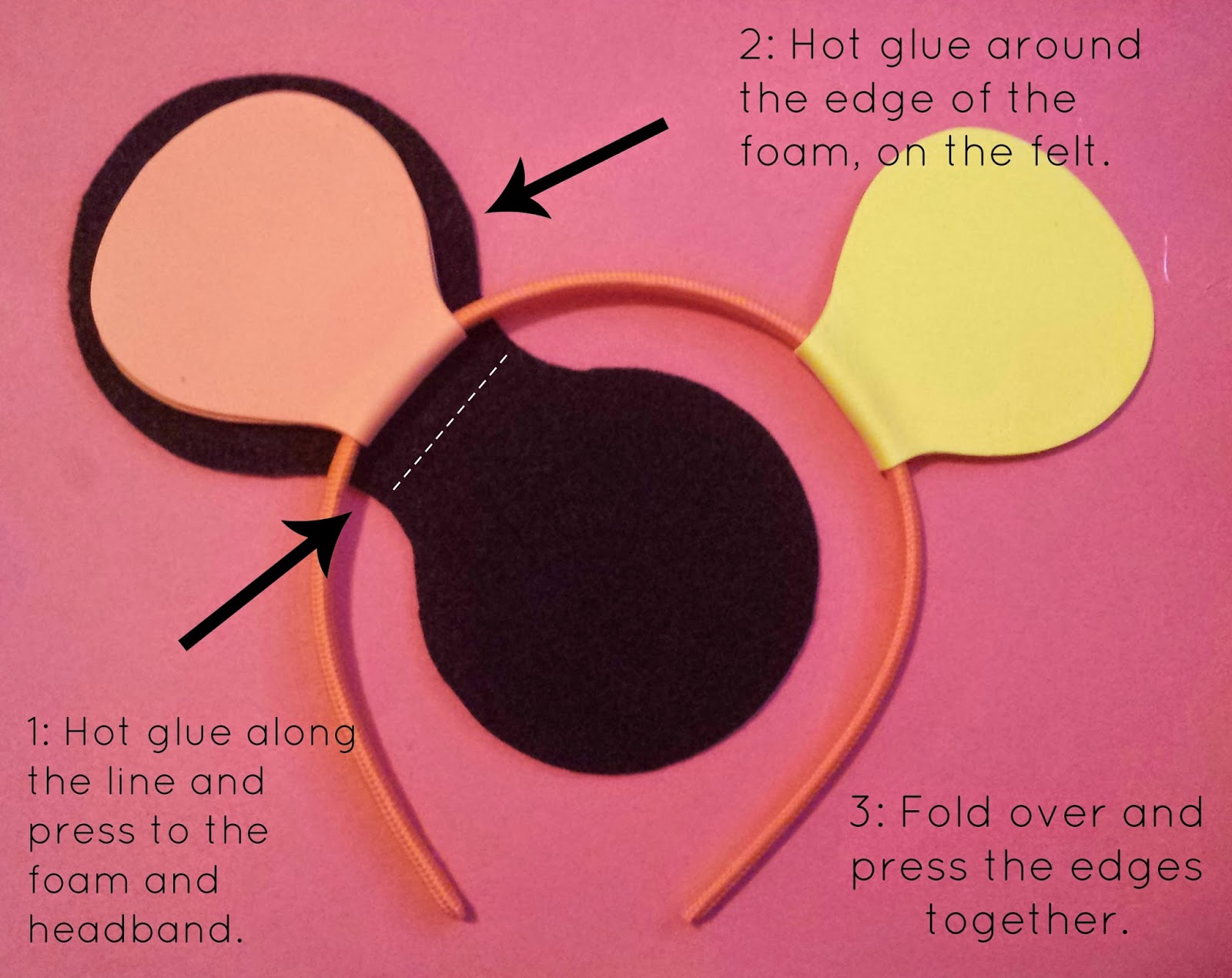 There's one ear completed! I followed the same steps for all the remaining ears. I made a total of 20 ears, not including the ones I made for pretend play around the house. 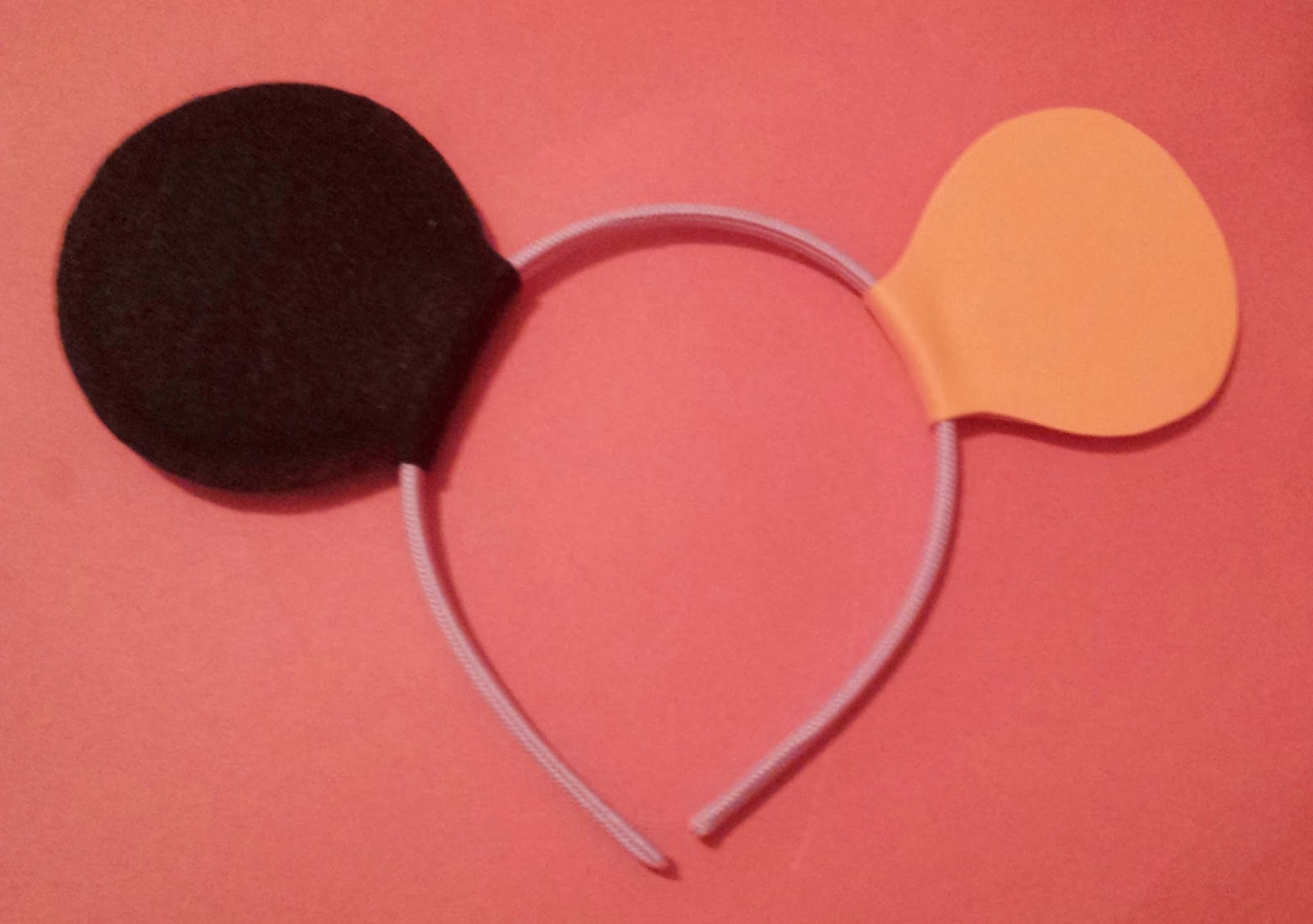 And there you have it! These Mickey Mouse ears will be perfect for Munchkin's 3rd birthday. They are comfortable and sturdy. The ears stand up on their own, so no need to worry about them flopping over! And they are perfect for pretend play, so I know these ears will see hours of fun play time! 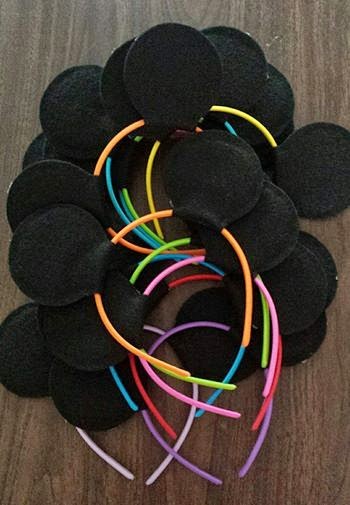 Next up is our tutorial on how to make your own Mickey Mouse gloves!
Posted by Unknown at 12:18 PM