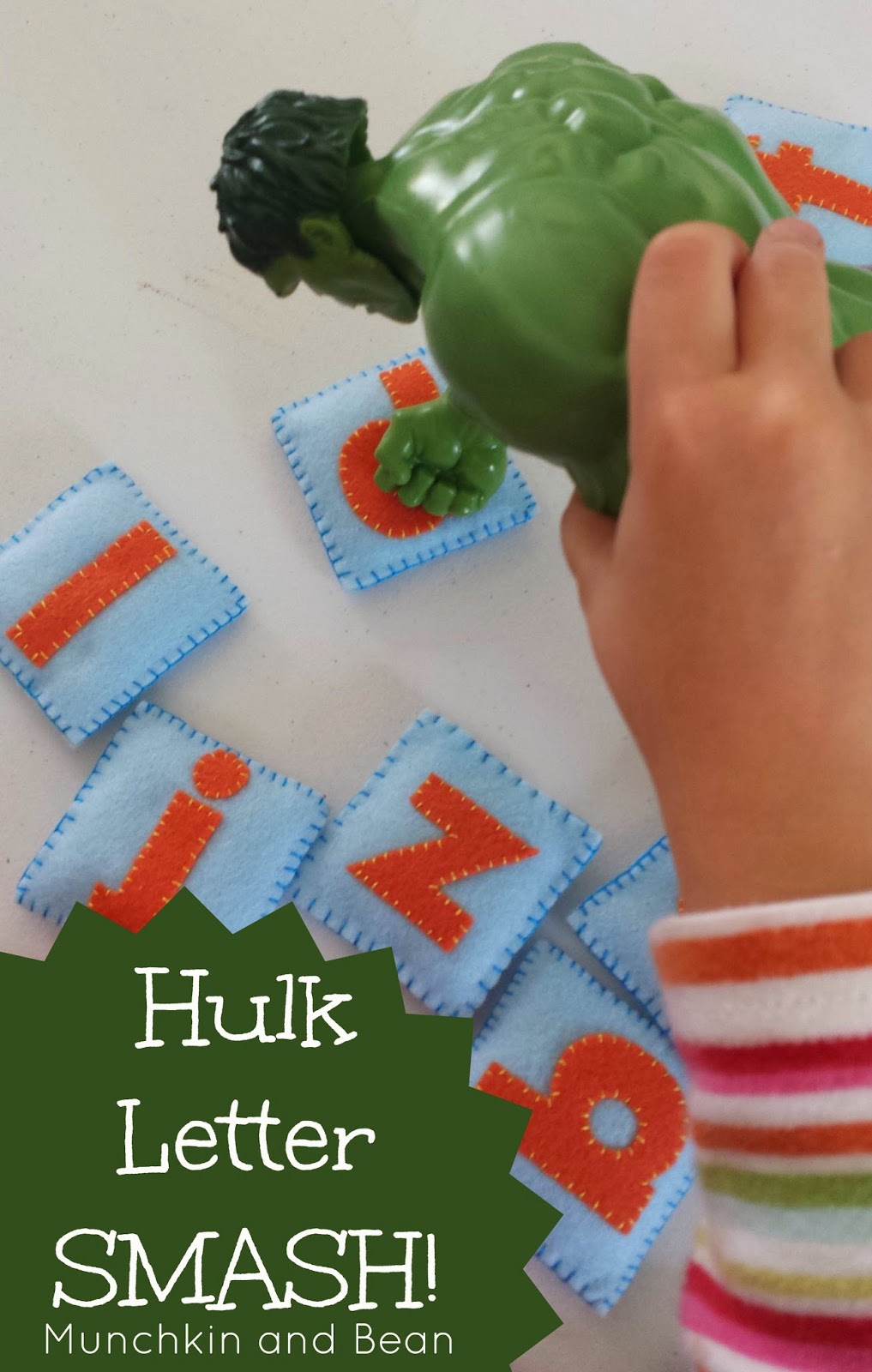 My children love the Avengers and we have several action figures that they play with all the time, often while we are reading or playing a game. So about a year ago I decided to begin including them in our activities. Hawkeye encourages them to play with their bow and arrow (Nerf) that we use to shoot down sight words on our target wall. Black Widow is taken on scavenger hunts around the house to find clues for a puzzle. Thor loves environmental science and conjures up fun potions to learn about weather. Iron Man is all about STEM learning, especially technology and engineering. Captain America teaches them about U.S. history (and world history, where he is involved). Hulk teaches them to SMASH (letters, numbers, colors, word families, sight words, whatever is on the agenda for the day). And obviously Director Fury oversees circle time (although we do not have an action figure of him, so I have to wear an eye patch).

Seriously, superhero learning is awesome. And we are constantly coming up with new ideas to include the other heroes we love. Namor schools them in anything to do with marine animals, deep sea exploration and the oceans. Spider-Man teaches them about spiders. Ant-Man teaches them about ants. Gambit joins in for card games. Magneto schools them on magnetism and metals. Sentry is all about solar-energy (and possibly mental health, someday). Deadpool often shows up for cooking activities in the kitchen. In an appropriate manner, of course. :) 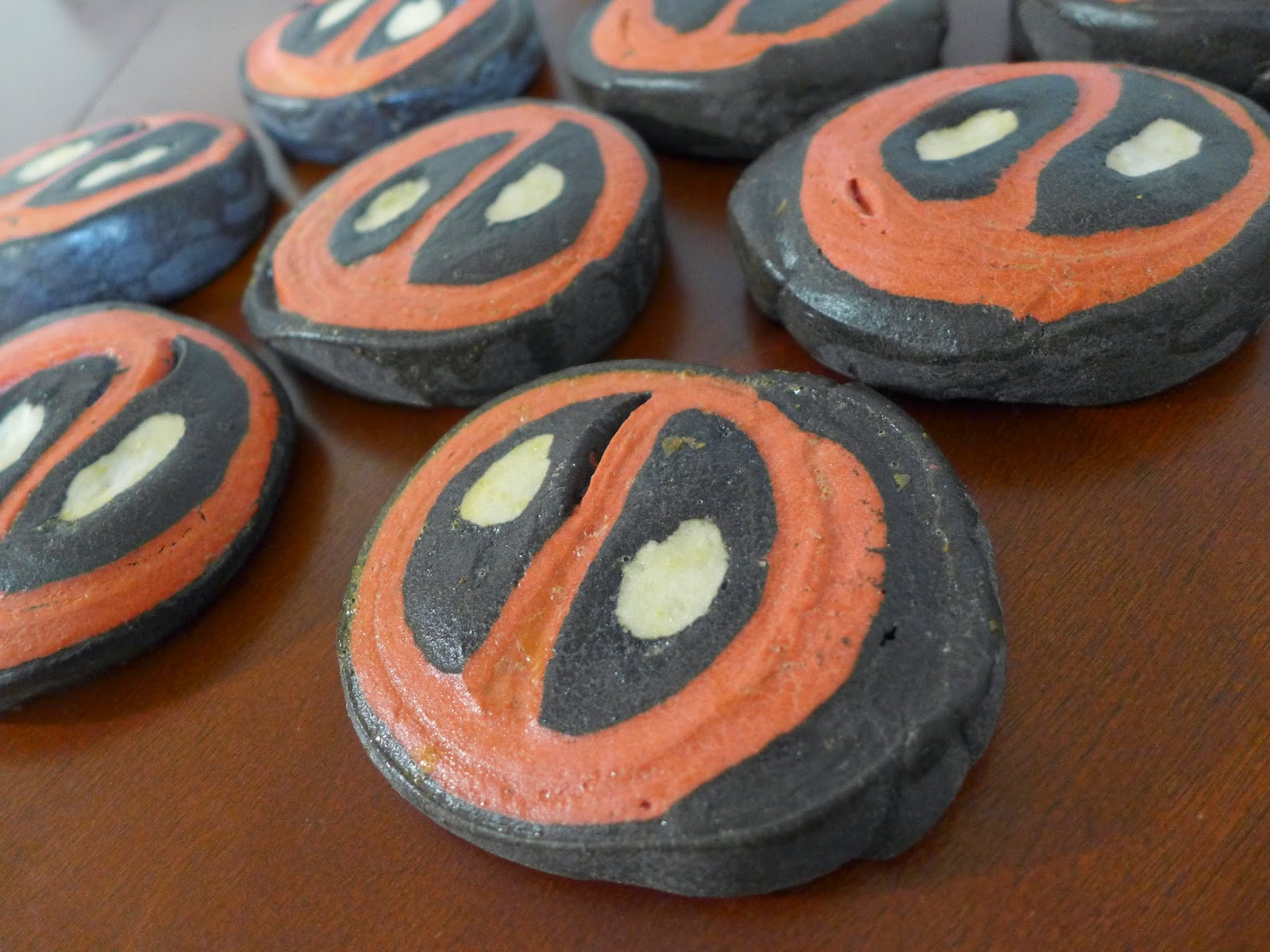 Source: Deadpool Sweet Rolls
(YUM! I just had to sneak in a recipe as soon as I thought about Deadpool...)

I'm sure you get the point by now. There are so many Marvel superheroes to choose from and since my daughter loves them so much, I try to involve them whenever I can. We don't always own the action figures for them, so we get creative with printouts and our felt board pieces.

Today we are sharing one of our favorite activities that we play at home! This was the first superhero activity that we created and since then has inspired so many more!

(Bold Caps were definitely mandatory. We're talking about Hulk, after all.)

When we first started playing this game, we used folded index cards. They were super fun to SMASH! But I had to replace them about once a month (seriously, the fact that they held up 30 days of crushing is beyond me). Which meant that eventually I needed to find a way to play this game that we loved without wasting precious paper. Then I made our felt bean bags and it just clicked. We started using them immediately and they held up so well! These bean bags have superhero-level durability! We use them for all sorts of activities, but this is definitely in our top 5 favorite activities of all times. Because who doesn't love smashing and learning while you're at it?

We set up our bean bags by spreading them out on the table or floor and pick out a set of flash cards (letters, sight words, rhyming words, etc.) or don't use them at all and I'll say the letter or word aloud. 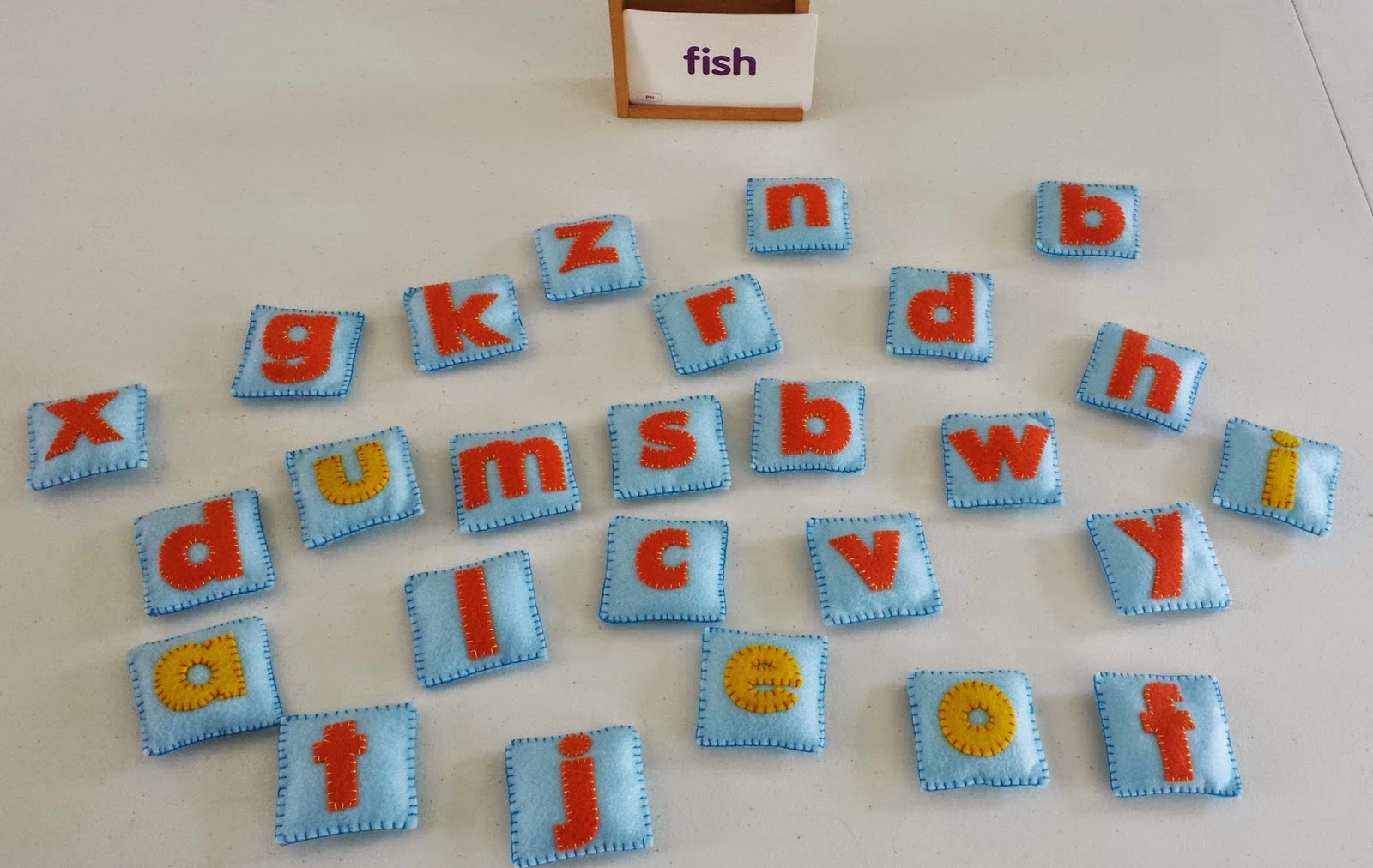 Then Hulk finds the letter or spells out the word and SMASHES them! Fists and feet, take your pick. 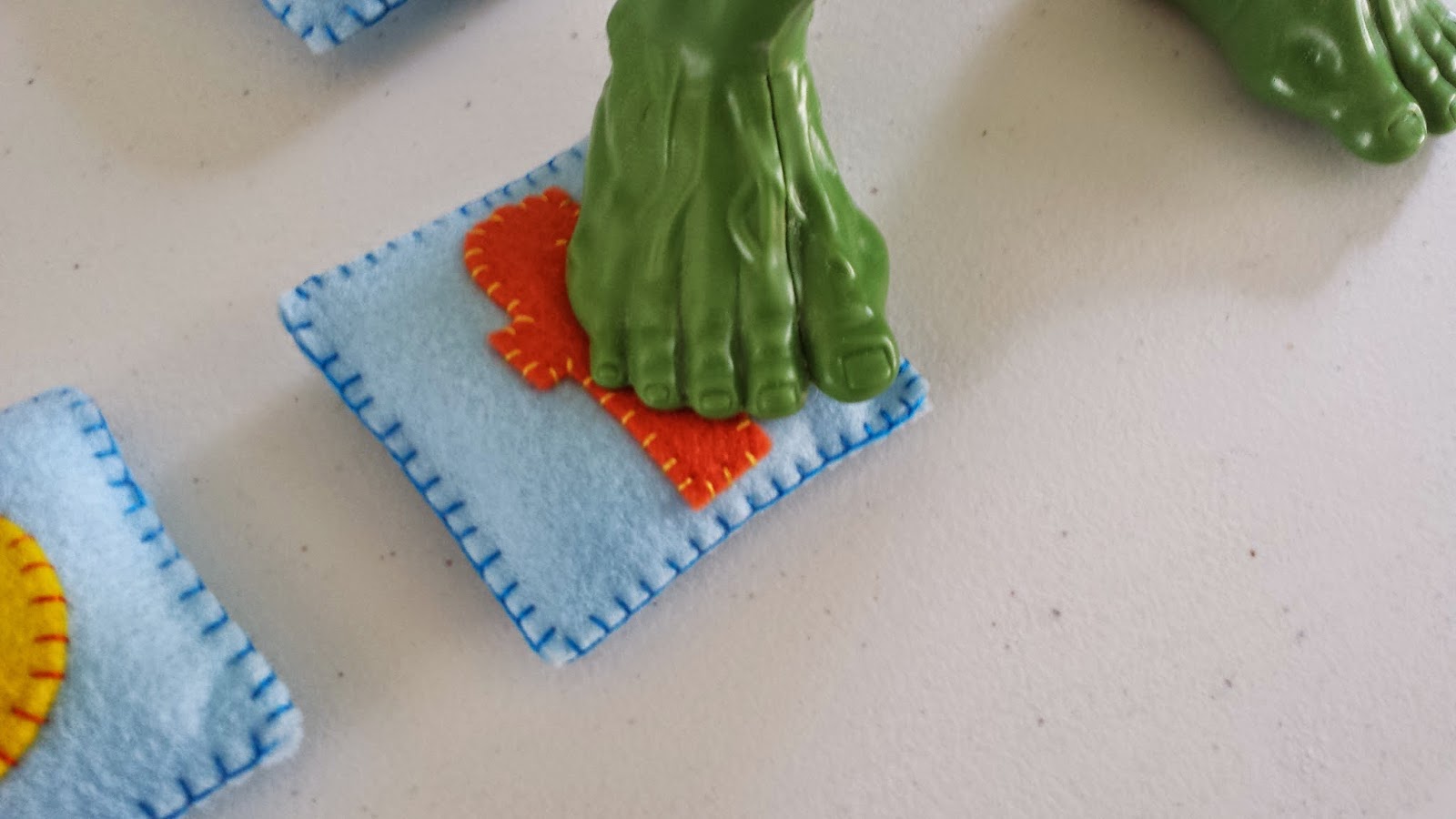 It's super fun and actually works on motor skills too! 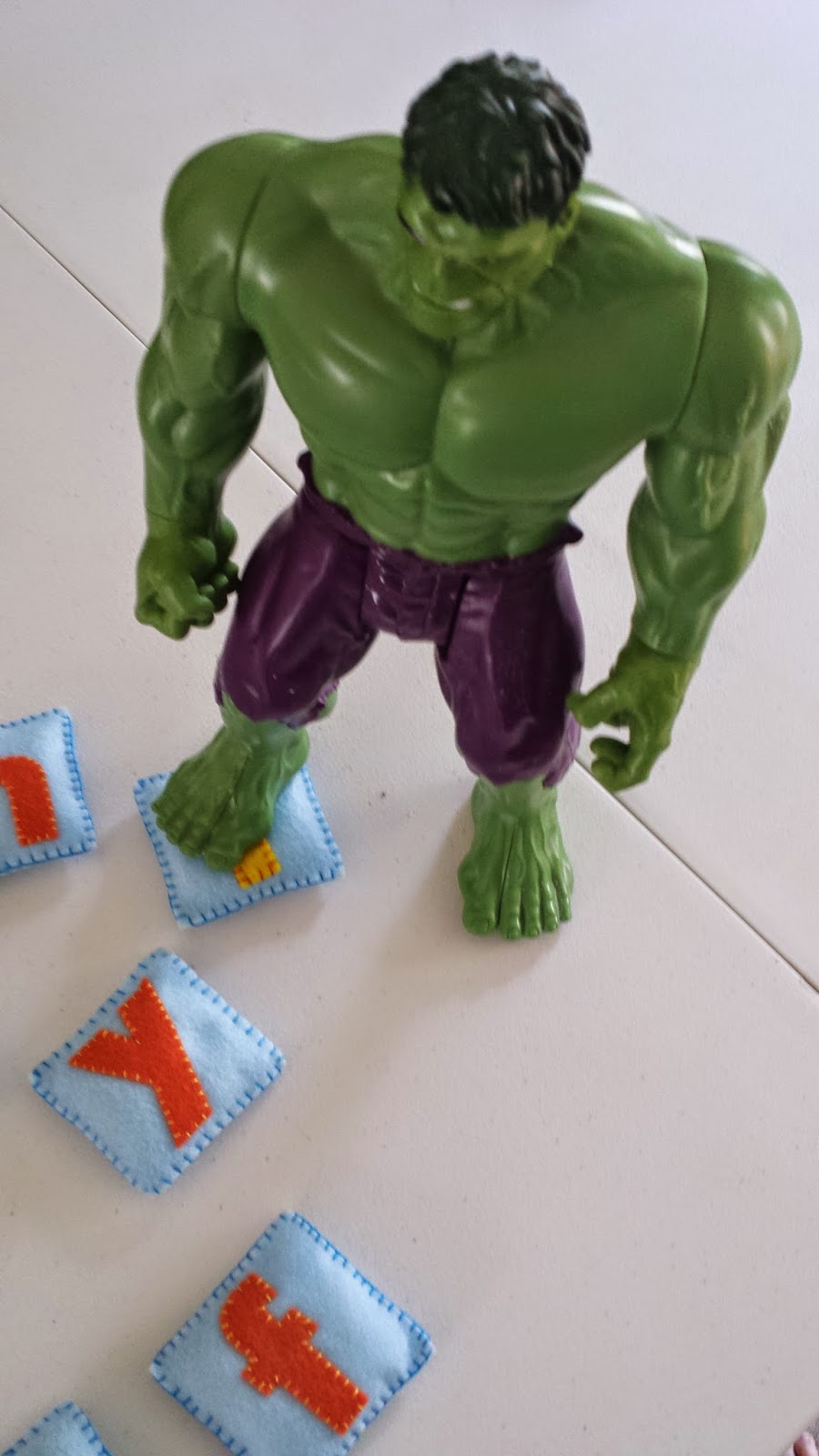 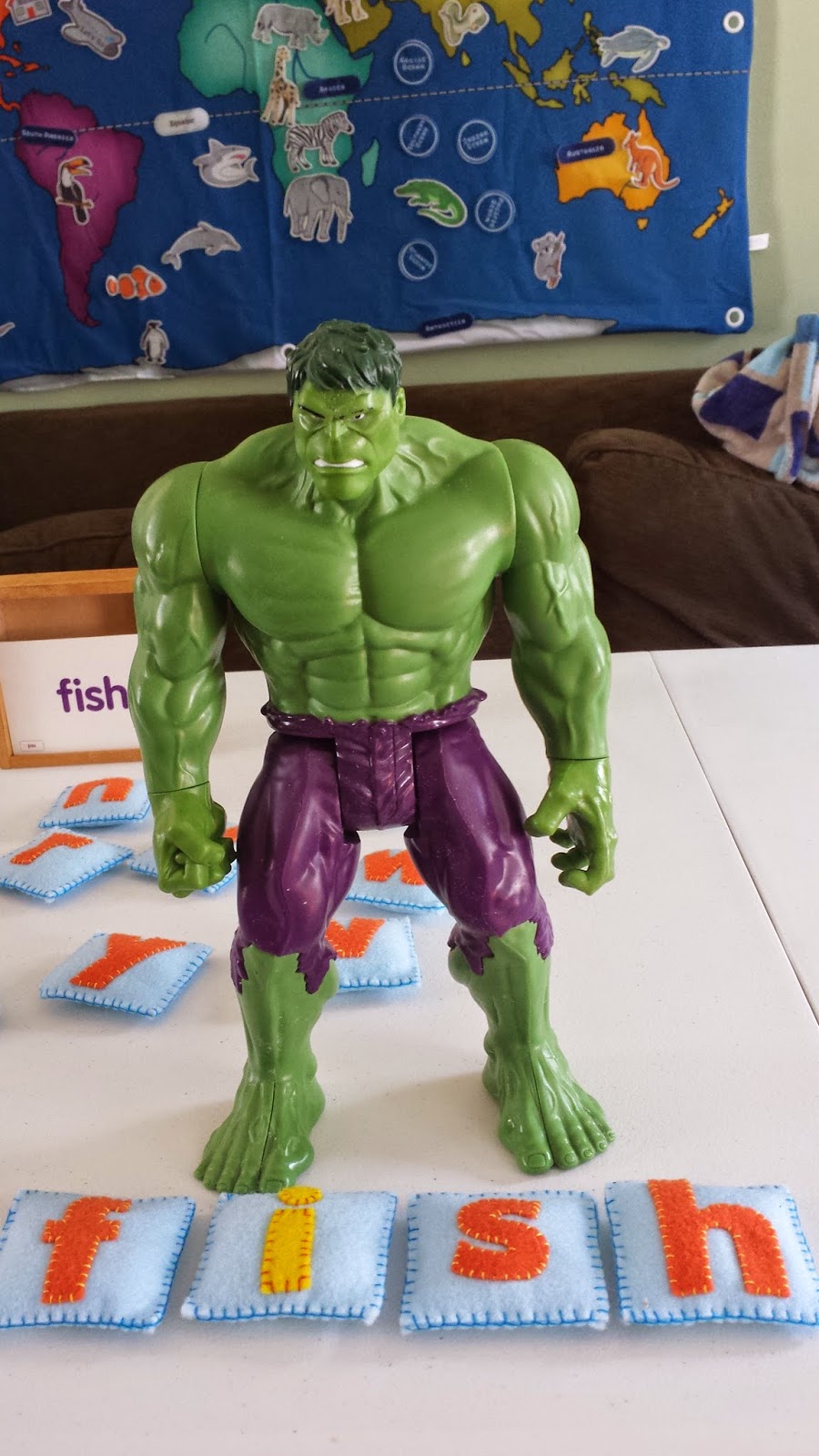 Other times they have letter hunts. Sometimes we mix together the uppercase and lower case letters and have to match them. Soon we will have number hunts too! (Number Felt Bean Bags are in the works!) 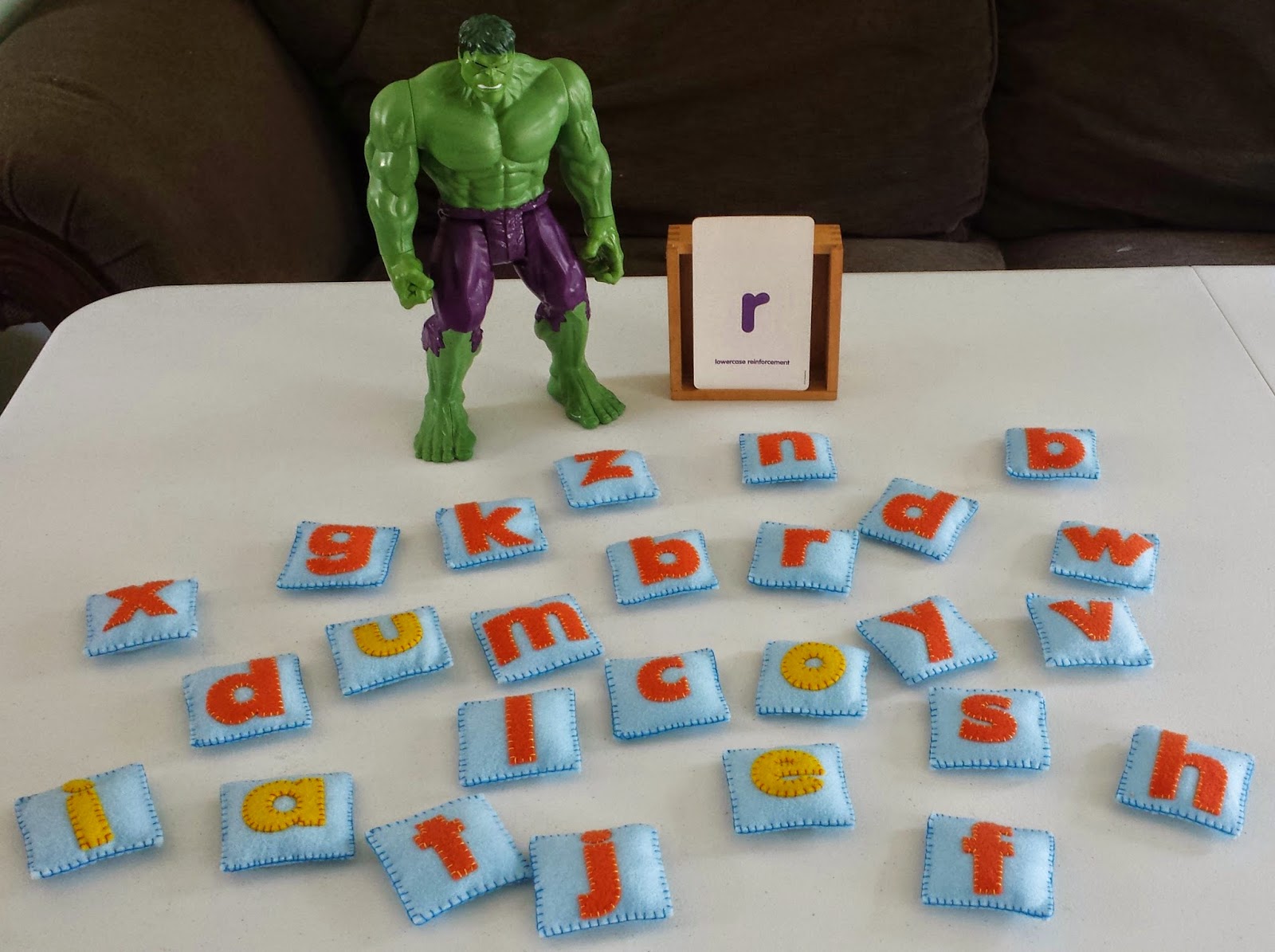 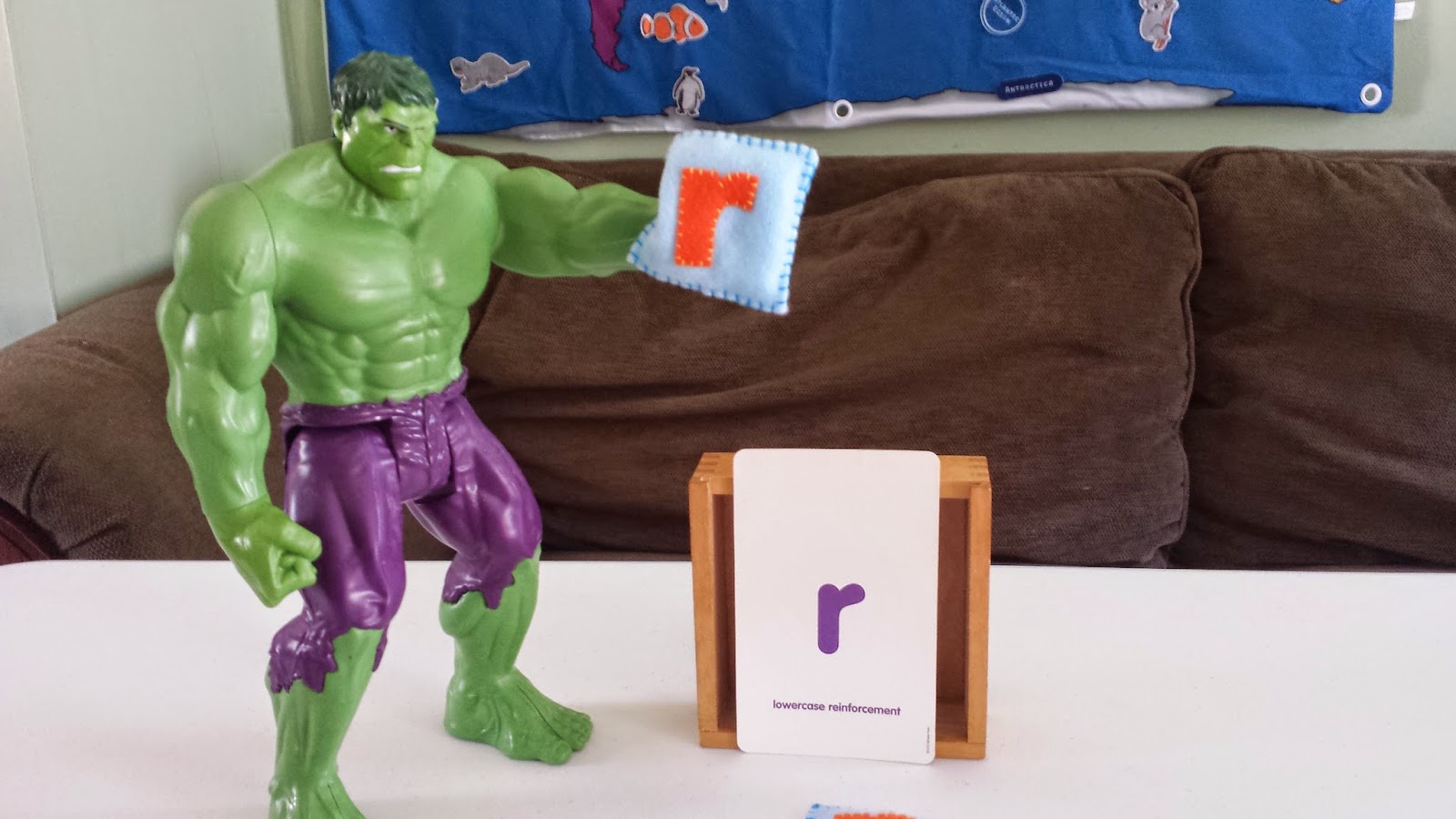 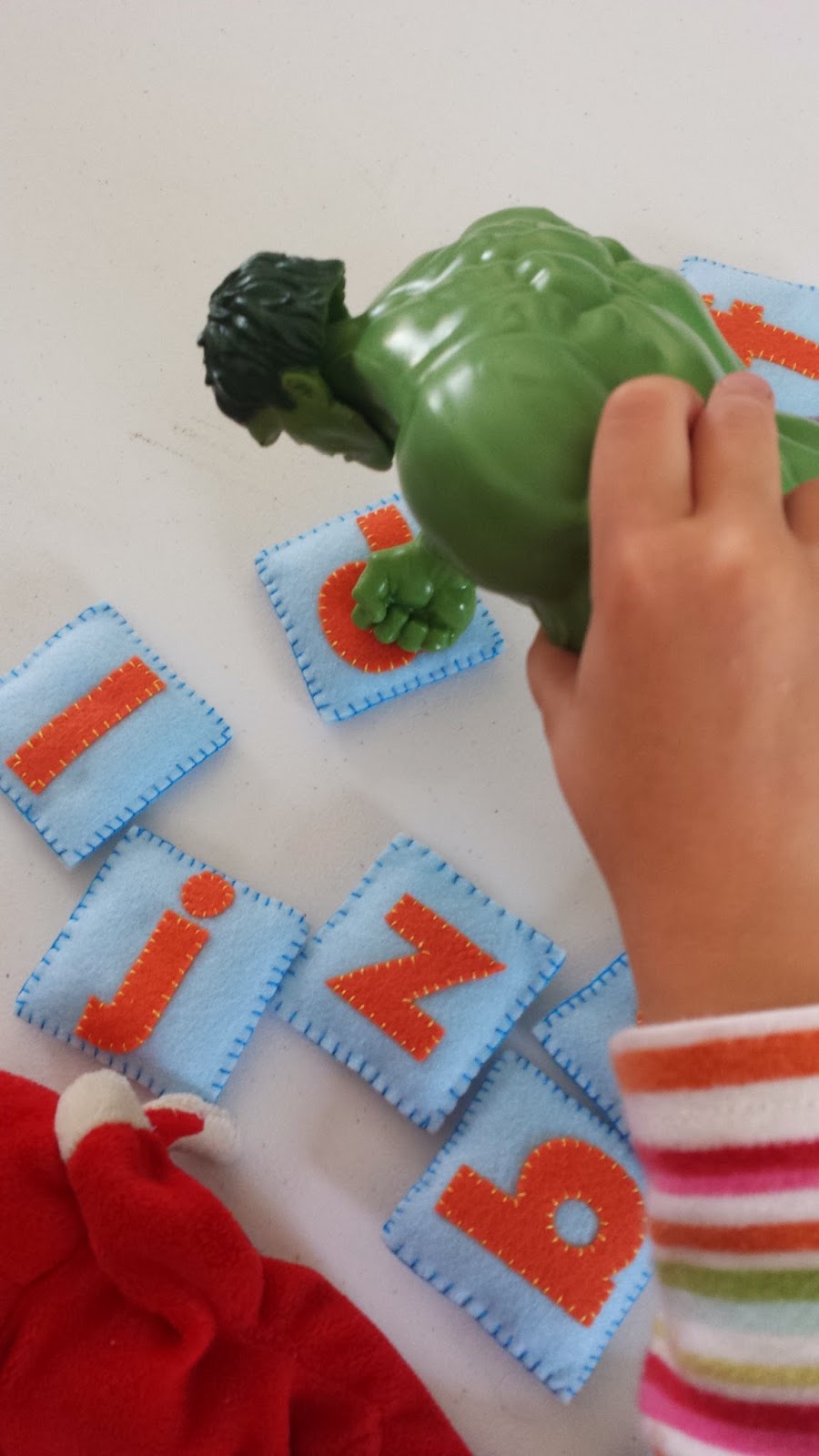 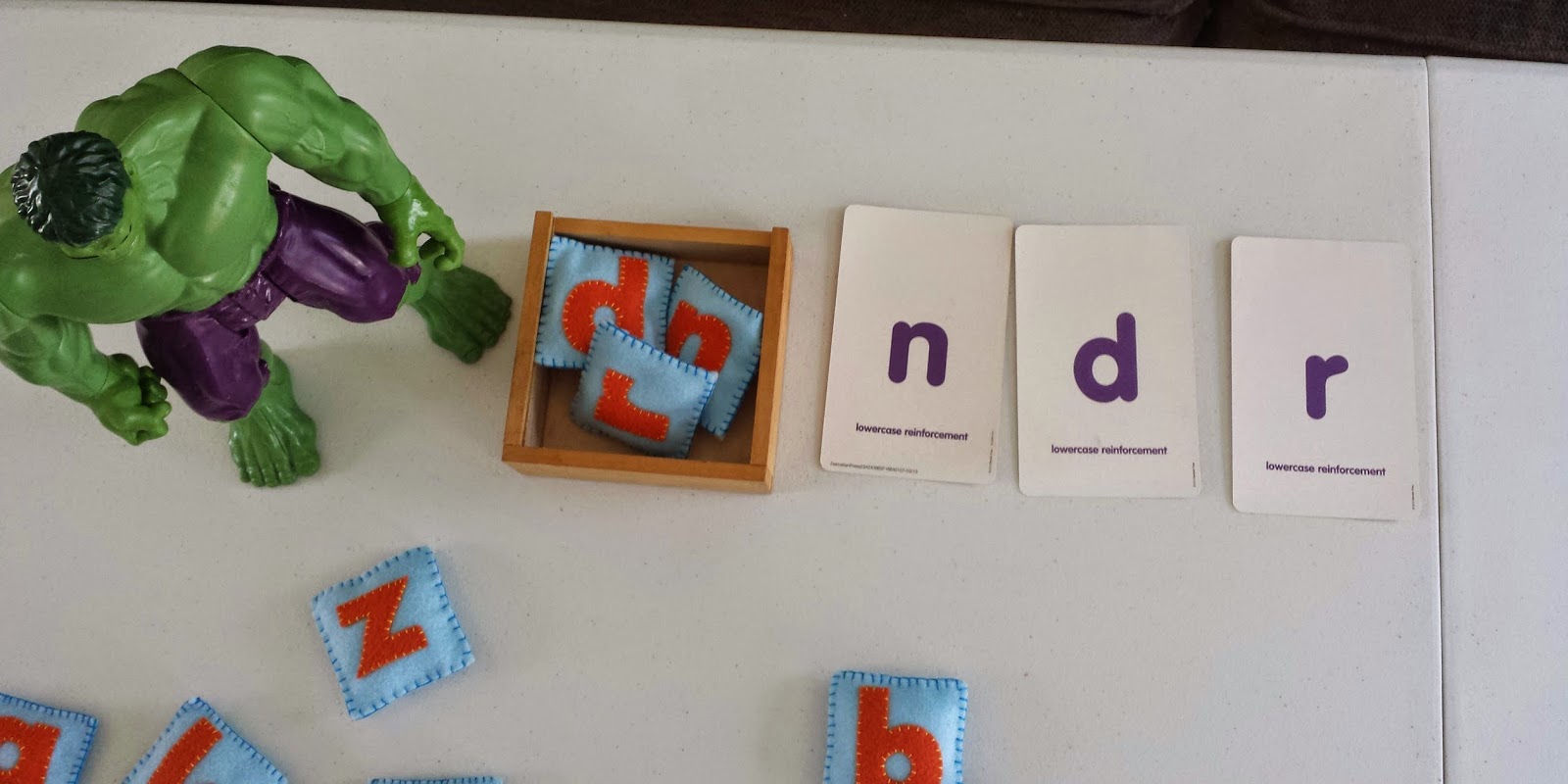 Iron Man likes to hang out with Hulk and help him out. 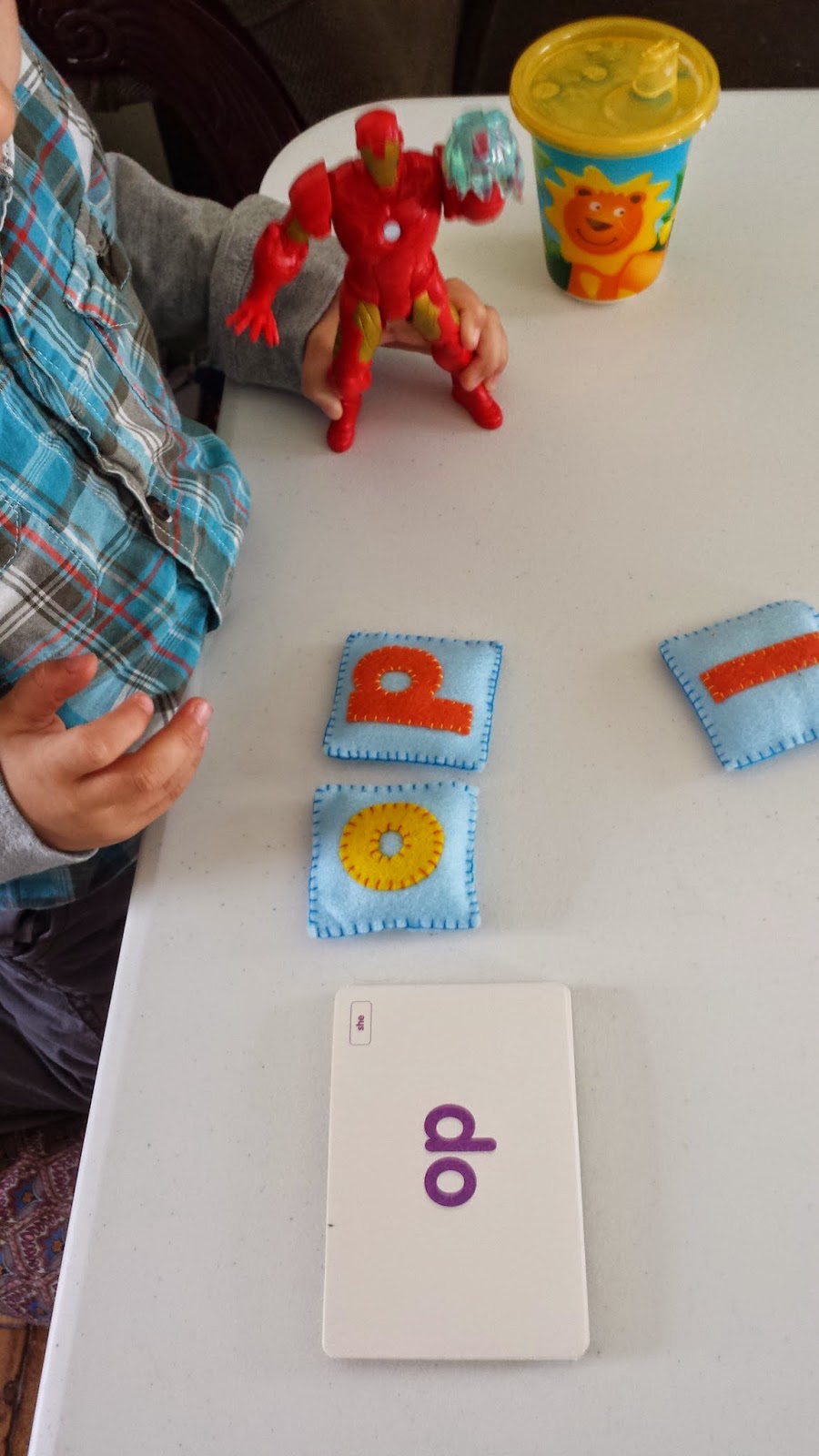 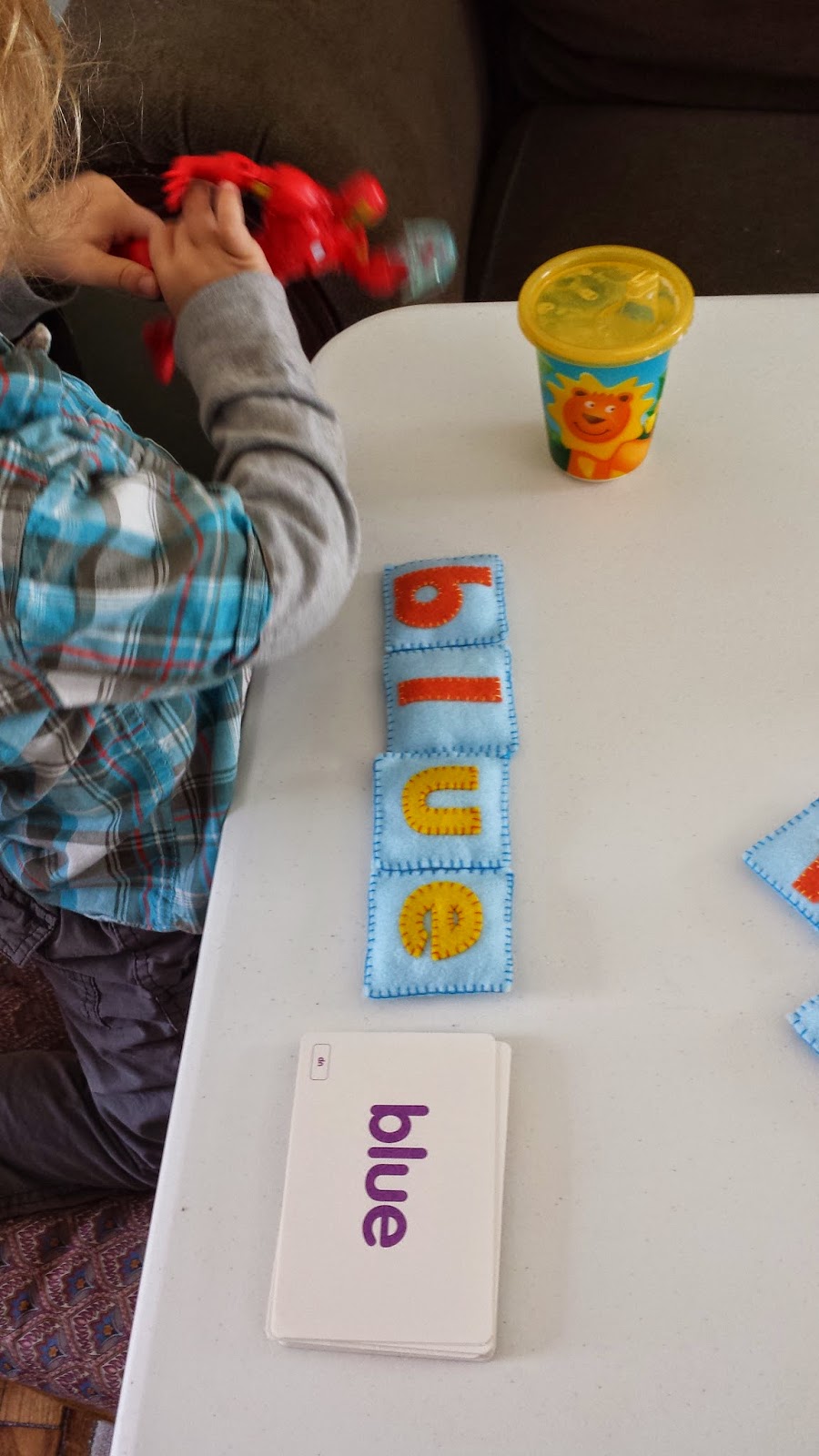 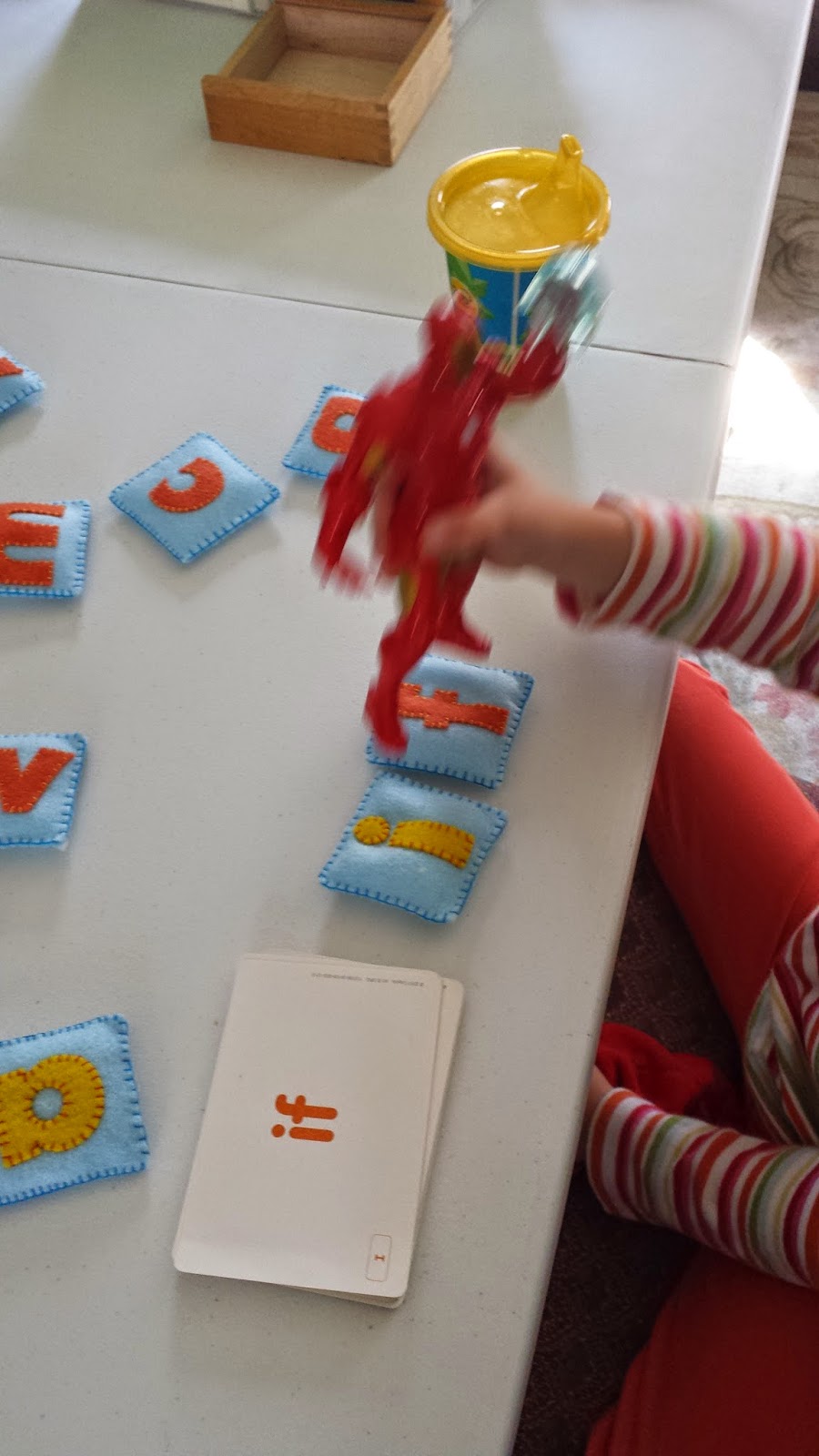 Munchkin has so much fun SMASHING letters! 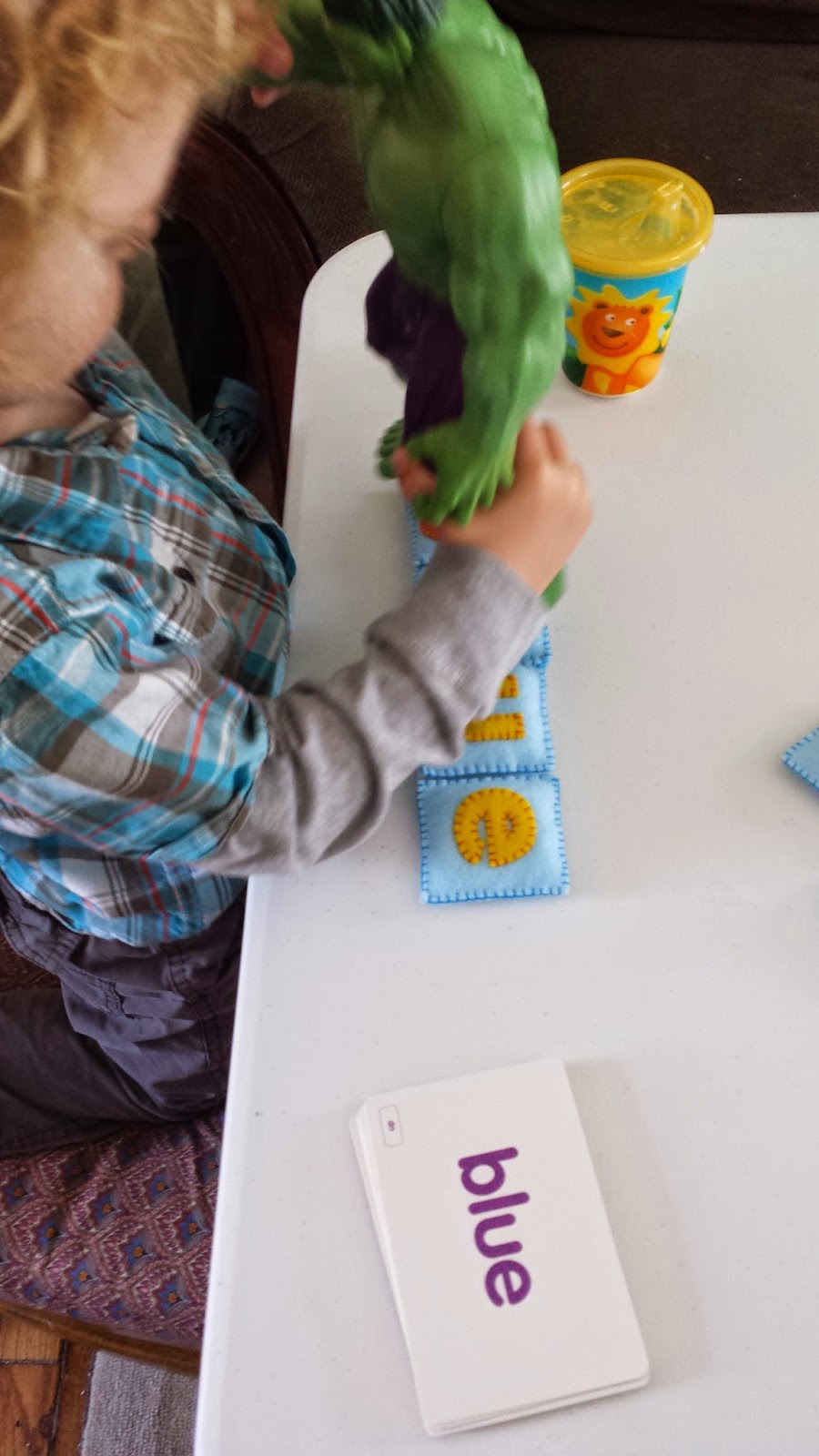 If you have a superhero-loving toddler or preschooler, I definitely suggest trying out an activity like this! They will have so much fun playing and learning! 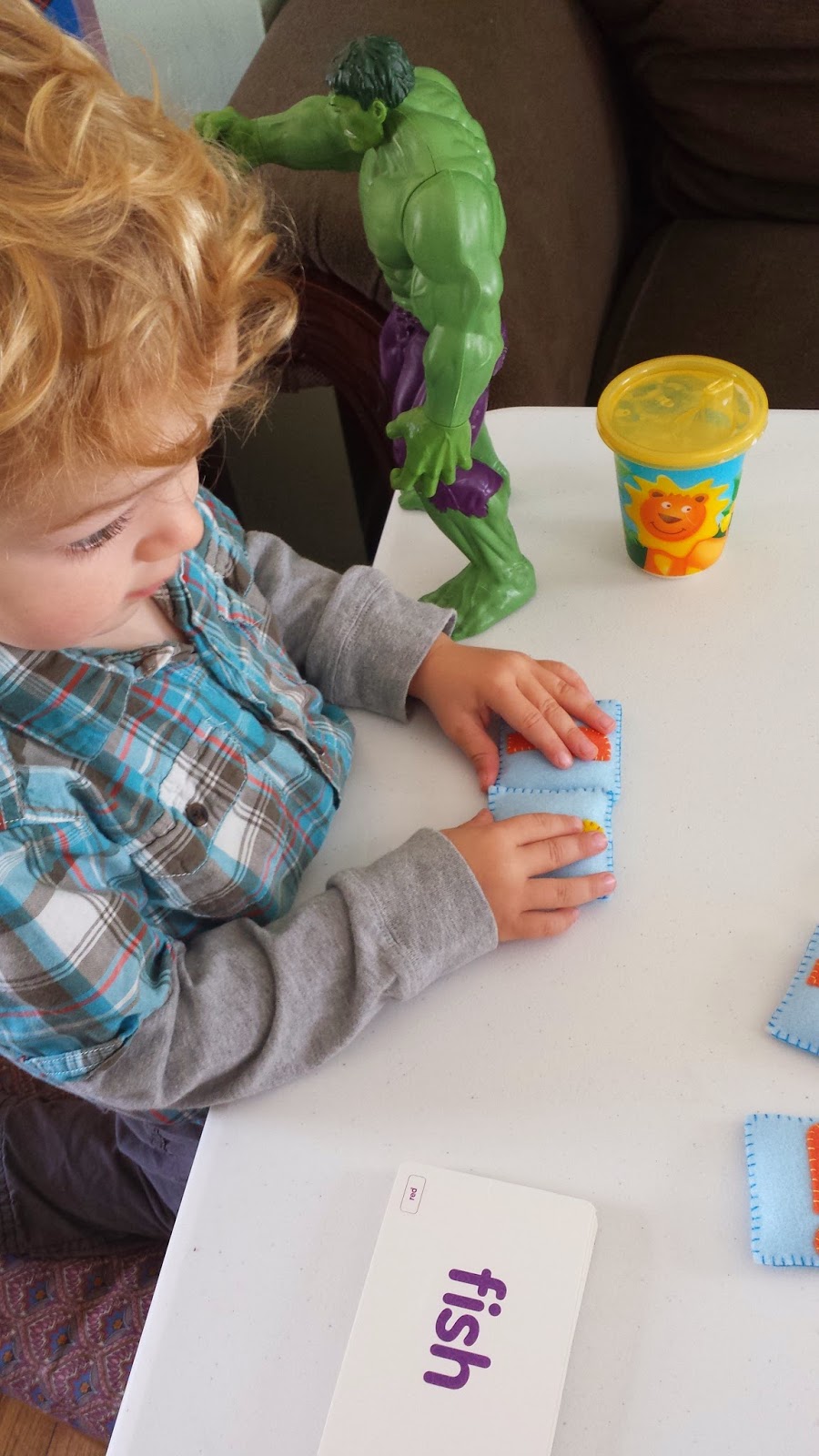 We typically work through 15-30 flash cards (sight works) or the entire alphabet (random order), which takes about 30-45 minutes. 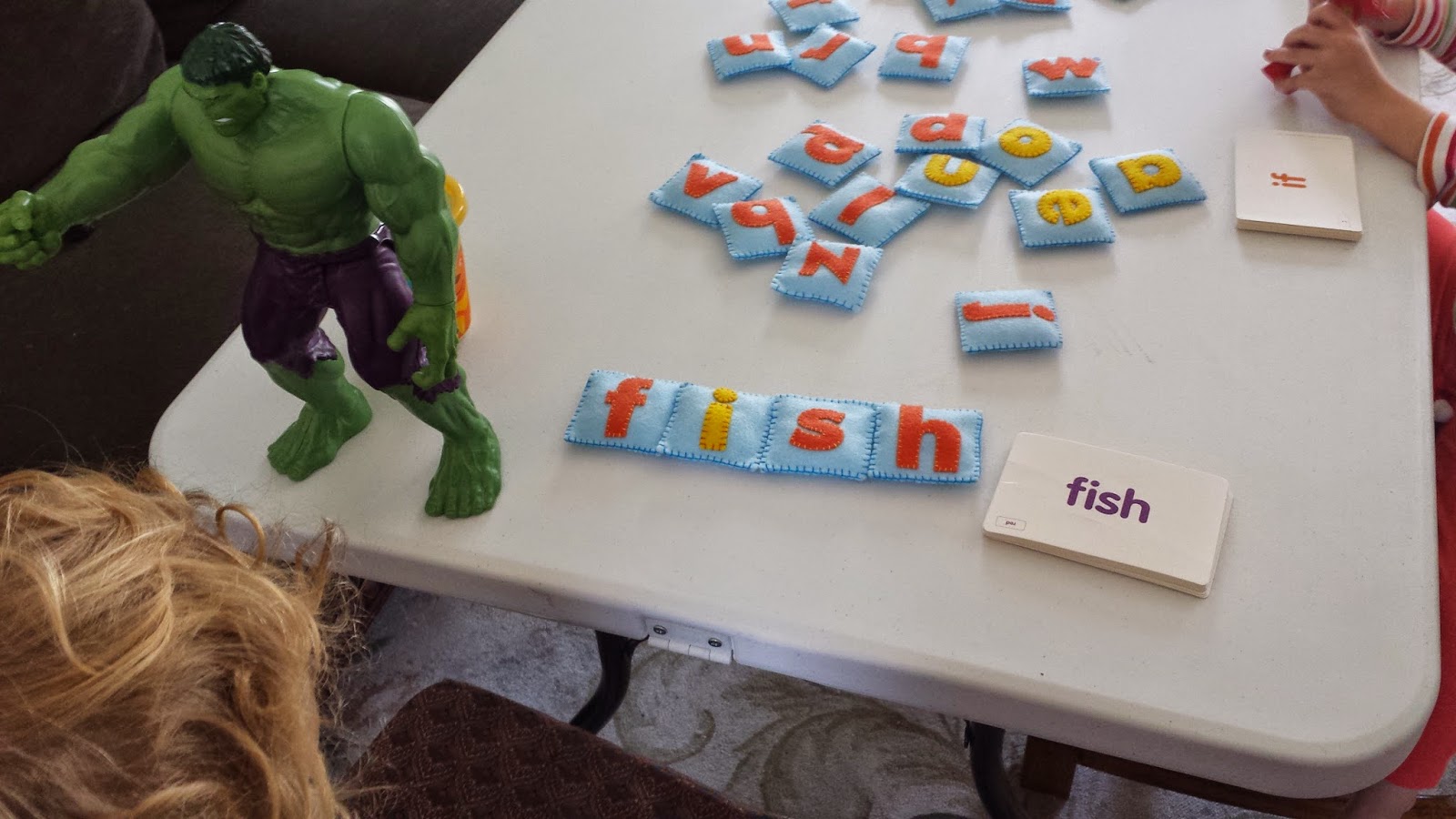 I will very likely be sharing more of our superhero learning activities on the On Beyond Zombie Linky Party, so keep a look out for them! 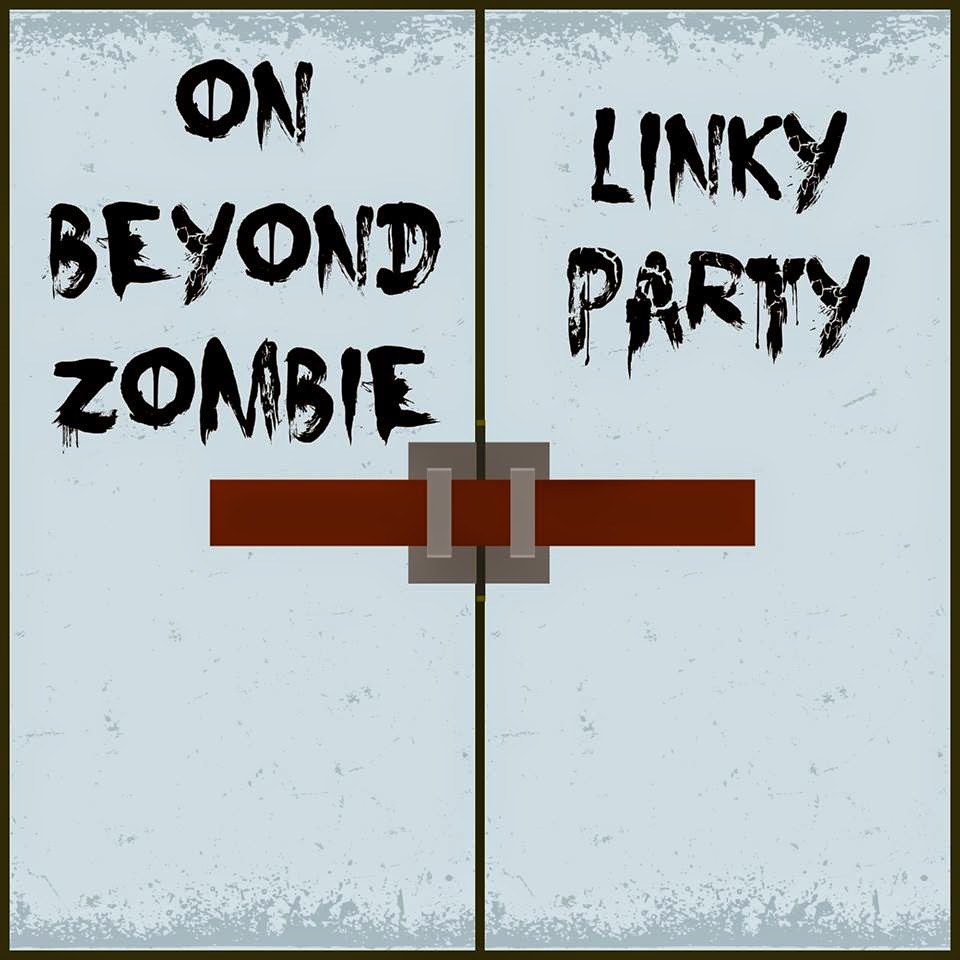 It's not required to follow your hosts, though we appreciate your Likes and Follows!

Here's where YOU come in!

Don't have a blog, but you want to share an activity idea or photo? Add it to the comments or email me at MunchkinandBean@yahoo.com and I will do my best to include it as a Reader Idea in my next On Beyond Zombie Linky Party post!

An InLinkz Link-up
Posted by Unknown at 12:55 PM