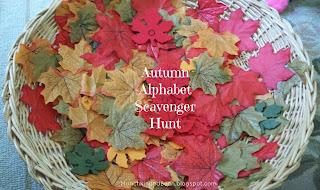 Once again, the Dollar Tree has some fantastic finds. Like these felt leaves! They are thick and sturdy and are simply awesome. We played with them on our felt board for a few days before I had the idea to add letters to the back of them. The reverse side still sticks to felt, so it worked out perfectly, and we can line them up on our felt board. But for today, we added them to a basket of other leaves to make it an Autumn Alphabet Scavenger Hunt!

To begin, I counted out the leaves. Since I had bought two packs, I had ten yellow and ten green leaves and plenty enough red leaves (there were twenty in total). 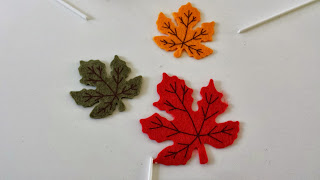 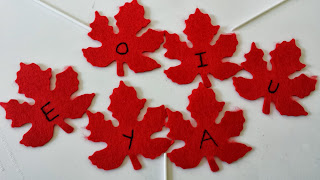 When they were all finished, I put them in a basket with a bunch of other leaves (also from the Dollar Tree) and mixed them up. I set this basket aside. In another basket, I used the remaining red leaves to spell out the kids' names and mixed them into the other leaves (this basket had enough letters to spell out their names with 3 blank leaves leftover). 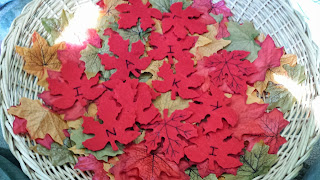 For the first activity, we worked on name recognition. I wrote out their names on white paper in uppercase letters so they could match the leaves to the letters. Bean zipped right through her name and was happy to help Munchkin find the letters he needed for his name. He really only wanted to play with the leaves and ended up stuffing a bunch of the non-felt leaves into a container. Bean took over and completed his name and happily pointed out each letter and told me what they were. She then tried to sound out his name. Even though she already knows how to say his name, I liked that she was trying to sound out each letter and finally the full name. 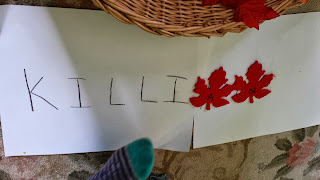 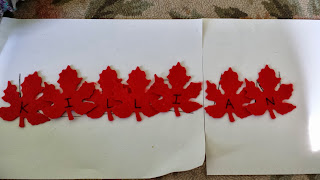 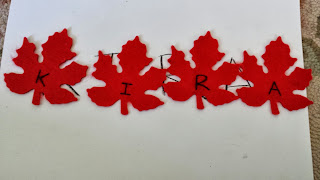 After they completed their names, we moved on to the full alphabet basket. 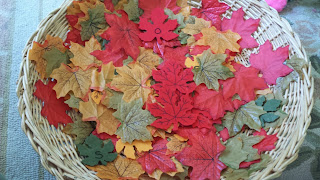 For this one we first started out using flash cards because Bean requested them. Honestly I think she just wanted to hold a big deck of cards and read off letters, although she did match up a few leaves to them, just not all 26. 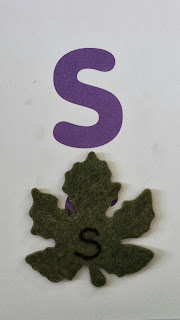 These flash cards had uppercase and lowercase, so she was just matching the uppercase letters. When she found the E card she held it up to the M card and moved the leaf around until it matched. But then she noticed that the bottom of all the letters were just above the stem of the leaf and she said, "Oh no, this isn't E is for Elephant!" So she went through the cards and found E to complete the match. 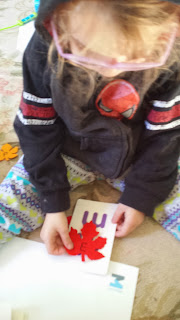 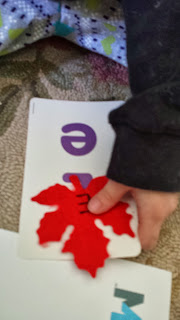 But after about twenty minutes she asked me to write out the letters on a piece of paper like their names so she could more easily match the letters. She was done in a few minutes and then repeated the process several times. I did not even have to assist at all! She was on top of this activity. While she was matching the letters, I sang the alphabet song with Munchkin. And since these letters were written in crayon, I had him trace the letters with his fingers. It is just slightly different to feel the letter while tracing it. This has helped Bean in the past, so maybe it will help him too. And although he had no interest in matching the letters, he did enjoy singing the alphabet song several times. 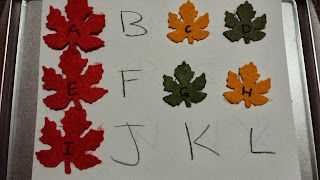 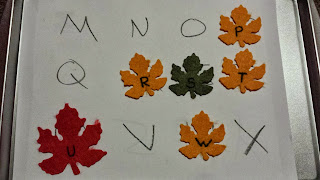 We have also used these leaves to spell out a few autumn and Halloween themed words: acorn, corn, leaf, tree (we made an extra e), pumpkin (used a spare leaf for the extra p), candy, apple, harvest, haunted, ghost, cat, witch, cauldron, and bat.

Overall, I feel this activity was a success! Bean thoroughly enjoyed it and I can't wait to try out different activities using these leaf letters. It is especially fun to hide these letters with an object that starts with the matching letter and to send Bean off with a clipboard and alphabet check list to find the hidden leaves. She loves it!

Please always supervise your child(ren) when they are playing.
Posted by Unknown at 12:03 PM