by Ann Mcgovern in school when I was a kid in elementary school. When I saw it at the bookstore I knew I had to get it. I know there have been other editions of the same story that are told better, this one is simple to follow and is repetitive enough that Bean knows the story well enough that she can look at the picture and tell me what is being added to the pot next. The main reason I got the book was because I knew Bean would enjoy recreating the "stone soup".

We had so much fun recreating this story in our play kitchen and next time we will do this outside and fill the pot with water and use real vegetables! I read the story while she made "stone soup" in the kitchen.

I set up a big pot (a Halloween cauldron) and an empty tea kettle (we pretended to add water, since I didn't want a watery a mess in the living room). 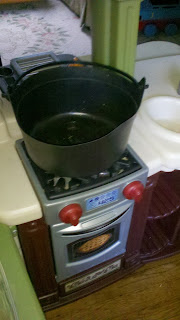 Then we pretended that the green rug was a garden and I set up various vegetables that would be added to the soup (I also had other vegetables that weren't in the book to see if Bean could find the correct ones). 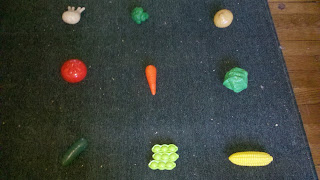 For the barley we used a small amount of oatmeal. The kitchen already had an empty salt and pepper shaker, but just for fun I gave her another shaker that had about a teaspoon of pepper left in it so she could sprinkle it in. :) 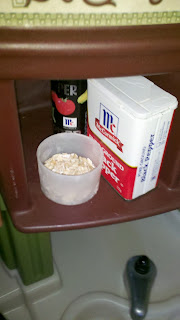 The hardest ingredient to find was a stick of butter... Then I had the idea to use yellow Lego's! We stacked a few square yellow Lego's together and said that each yellow Lego was a tablespoon of butter. Of course, Bean being like me, added the whole stick. :) 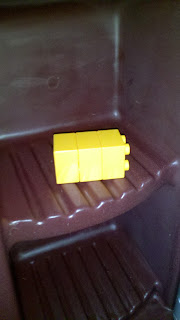 The only beef bones we have belong to Kaede and I didn't want to steal any from her like the lady in the book did to her dog. So we substituted for a turkey. :) 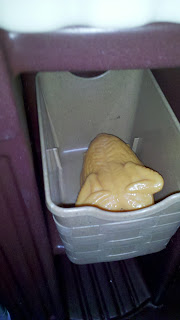 Munchkin helped collect the vegetables from the garden while Bean boiled the water. 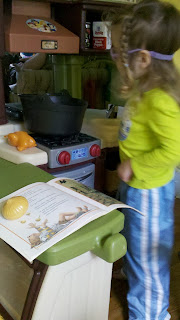 And it wasn't until after everything was added that I realized our resident thief made off with the gray stone.. Munchkin always has to pocket something. :) First ingredient: onions! 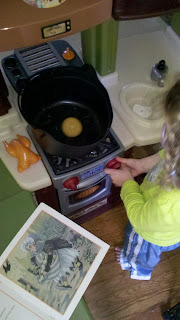 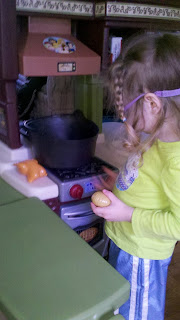 Third ingredient: beef bones! (or any kind of meat/bones) 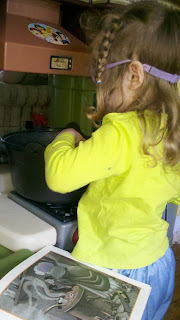 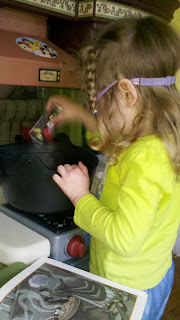 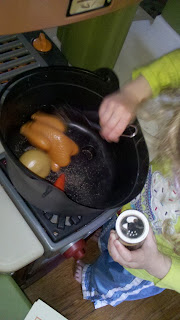 Add some more water if needed. :) 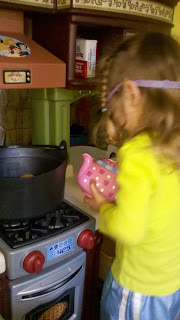 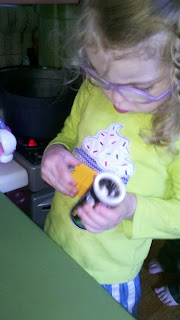 The soup is now thick and yummy and smells delicious! Munchkin scooped out a carrot for himself. :) 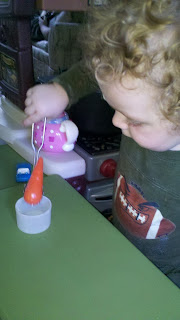 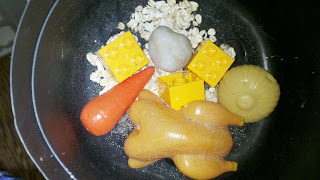 Stone Soup
And then Munchkin started to add his own ingredients, making the soup sweeter! 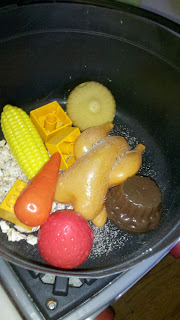