I searched around on the internet for a while to find a recipe for sand play dough and finally settled on this one from Blog Me Mom. I experimented with a few of the other ones, but ultimately this one won because it was really simple to make (no cooking required!) and had the consistency we liked. Although we did double the recipe because it was going to be shared between three kids.

Add together the play sand, flour, cream of tartar and oil. Mix thoroughly and then add the water slowly in small increments. Knead dough until it has a consistency similar to play dough. Then it is ready to use! 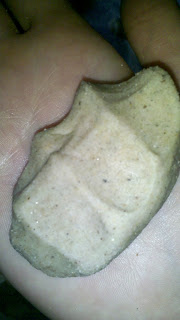 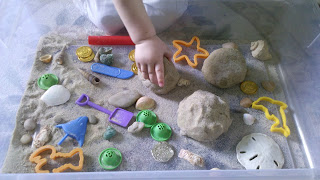 I divided the dough into three balls and put them in a large bin that we use for our sensory play activities. I added play dough toys, pirate treasure, shells, rocks, and some additional sand (it's used to fill up the shells). 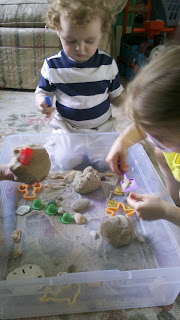 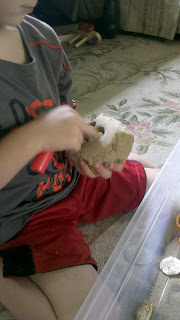 This is a fun fine motor activity! And with so many options to choose from, each of them were able to play with their ball of sand dough the way they wanted. Bean used hers to stamp with the dolphin and starfish dough cutters. 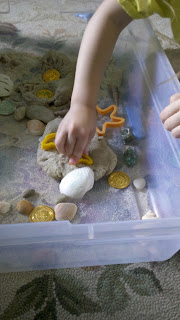 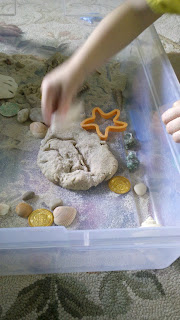 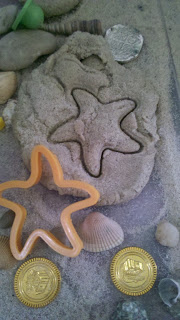 The shells were used to make impressions in the sand dough. 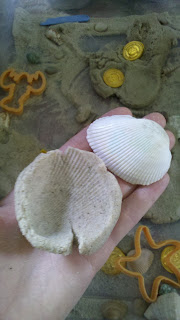 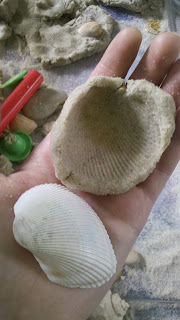 Munchkin spent a bit of time practicing his karate chef skills. He used the knife and shovel to divide up his share into dozens of smaller pieces. 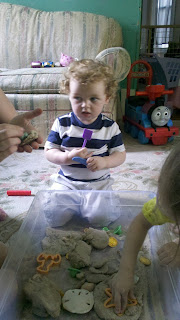 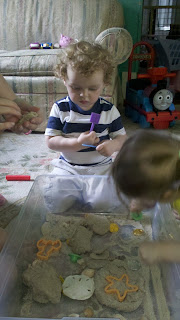 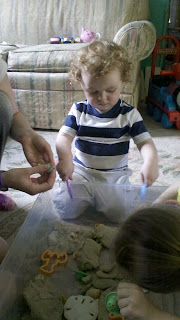 But was ultimately won over by watching L's mother press sand dough into little strands. 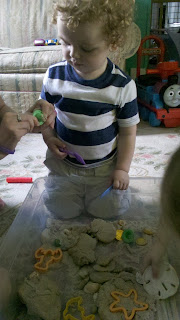 At one point Bean rolled some sand dough into a ball and asked me to hold it. She stuffed a tower screw shell into it and I asked her if she was making a little creature. L added the eyes and the shell fins. It's a narwhal. :) 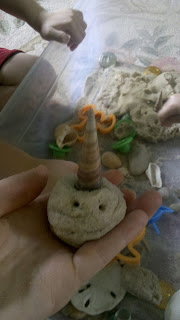 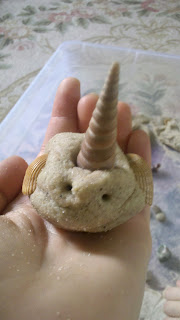 Bean flattened out her sand dough ball and used the pirate treasure to make impressions. Then she used the tower screw shell to poke holes into it. 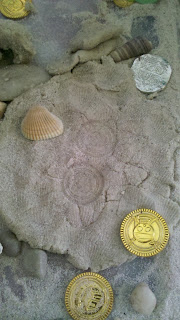 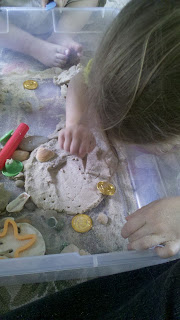 Step-brother L used the roller to add many circles to his flattened out ball of sand dough. 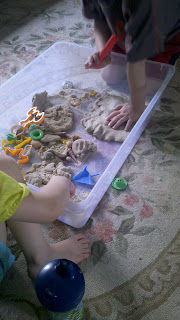 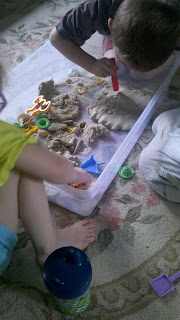 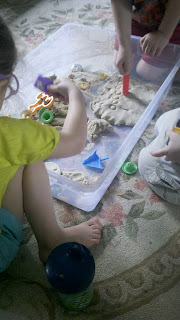 Then he used the tower screw shell to poke holes in the circles. They looked like little faces. :) 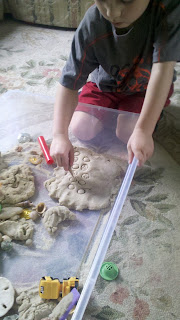 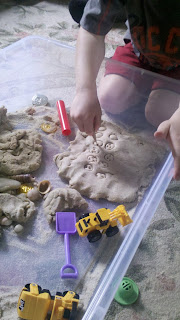 This was a nice quiet-time activity that kept the kids busy for about an hour.