My kids love lacing activities and are very interested in learning to sew. But of course, they have a long way to go before I can hand over a real needle and thread. So for now, they enjoy threading with yarn and anything with a hole in it, like our homemade lacing shapes. And since we have been enjoying many Halloween themed activities, I knew we had to create a spiders web! 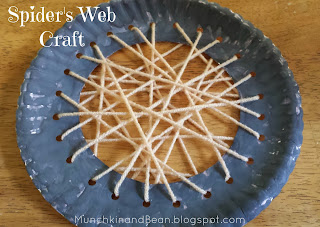 We used a few paper plates with the centers cut out, black and white paint and paintbrushes, some yarn (we used cream coloured yarn because we ran out of white) and a hole punch. Before the kids started painting, we cut out the center of the plate and then I assisted the kids to punch out holes around the edge (it's easier to punch from the middle because the surface is flat). The kids have been practicing with the hole punch a lot lately, so they were keen to do this themselves. :) 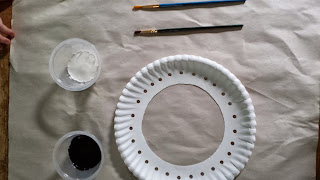 Then they began painting! Munchkin painted on the paper more than the paper plate, but he then used his fingers to paint on the plate. 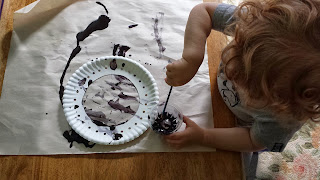 Bean really enjoyed painting all around the edge. She specifically asked for the white paint so she could mix it with the black paint and make grey paint. She has really enjoyed mixing colours lately! 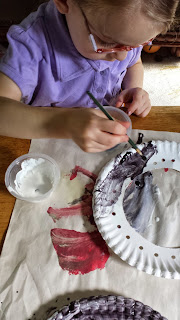 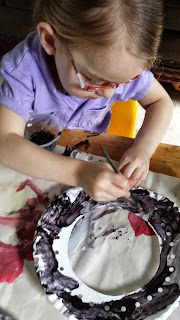 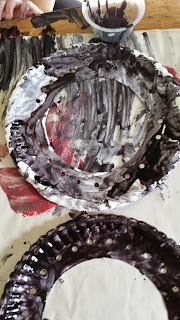 He also used his fingers to paint the back too! He has been very thorough with craft projects lately. 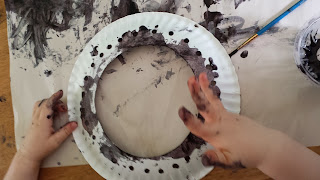 Bean had so much fun mixing the colours! 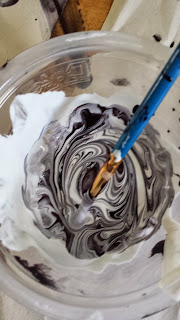 And of course, at one point, they both had to paint their foreheads! Why? I have no clue. But they were so excited and showed off their foreheads for many pictures. 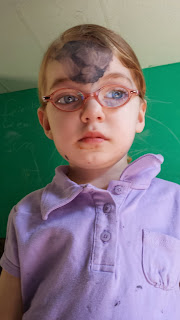 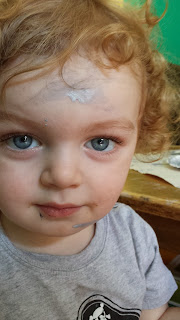 Then we let them dry for a while (it was a sunny day, so we hung them on the window) and they were finished before dinner. So before we started cooking, the kids got comfortable on the couch and I cut the yarn and got it ready for them. 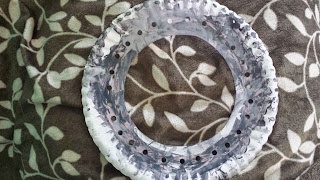 Tip: To keep the edges from fraying, tie a knot at the end of the yarn. 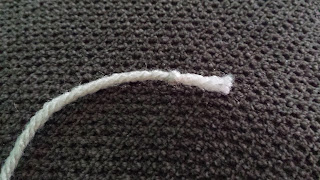 I started the first one and showed them how to go across the plate and lace through the hole. Bean picked it up quickly and Munchkin took his time with his. 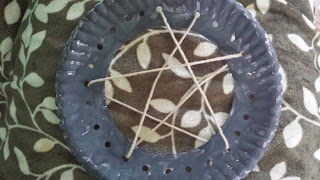 This is what the spiders web looks like when it's finished. 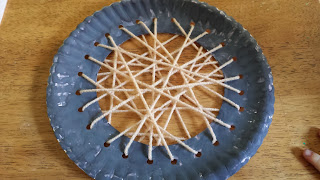 We left some string hanging off and tied it together so we could hang them up on the window. 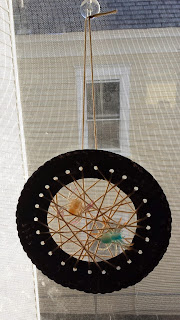 Bean really enjoyed adding on the glow-in-the-dark spiders and moving them around. 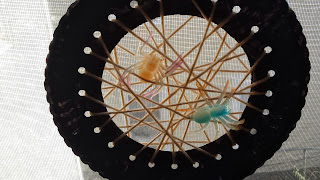 She had them talking to each other and "helping" to build the web. 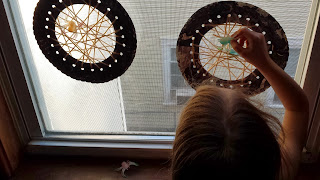 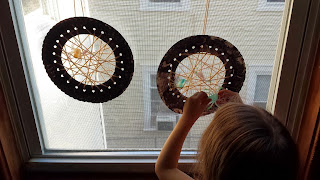 These make really neat decorations that the kids can play with (our favourite kind!). They are especially fun at night when the light is off and the spiders glow. I wish we had glow in the dark yarn.. how fun would that be?! They are so amazed by everything that glows! They look great day and night! 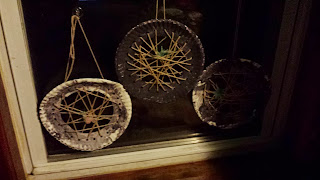