Flags are such an important theme for Independence Day, so of course we had to include them in our crafts this week! We spent a few minutes before doing this craft looking online at pictures of our flag. The US flag has changed a few times over the years (26 times, officially!), so I told them about why that was and we looked at a few of the different versions. The version that Bean liked best was the 1777 flag, which has 13 stars and 13 stripes. She can count to 13, she can't count to 50 yet, which is why she liked the one with less stars. Although, when we looked at the current flag, I counted the stars out loud for them and Bean kept track on her fingers and she discovered that the flag has 5 groups of 10 stars. I also told them about our own state, which was the 6th state to join the USA. 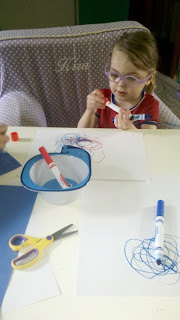 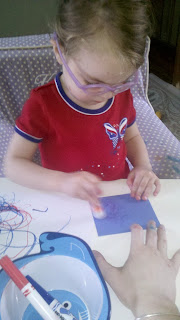 Munchkin is really starting to get the hang of using a glue stick. He also added artwork to his belly. :) 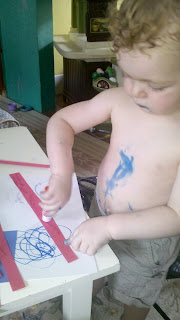 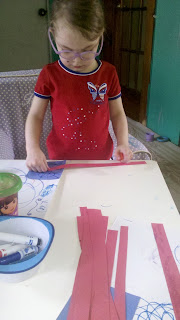 I held down one end of the stripe and they would press the paper down until the glue stuck. 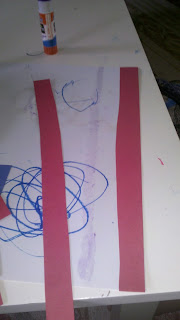 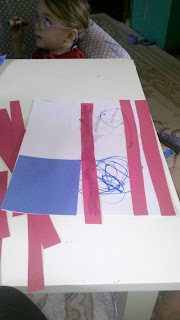 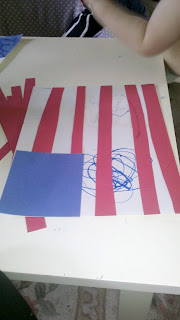 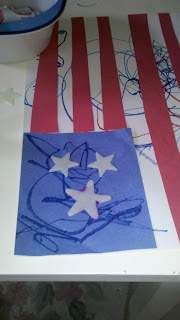 They really enjoyed adding the stars and later that night when I showed them their finished flags that glowed, they were so delighted! 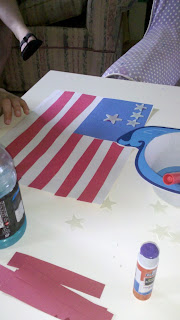 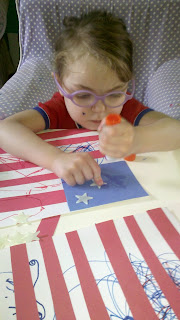 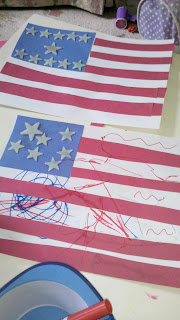